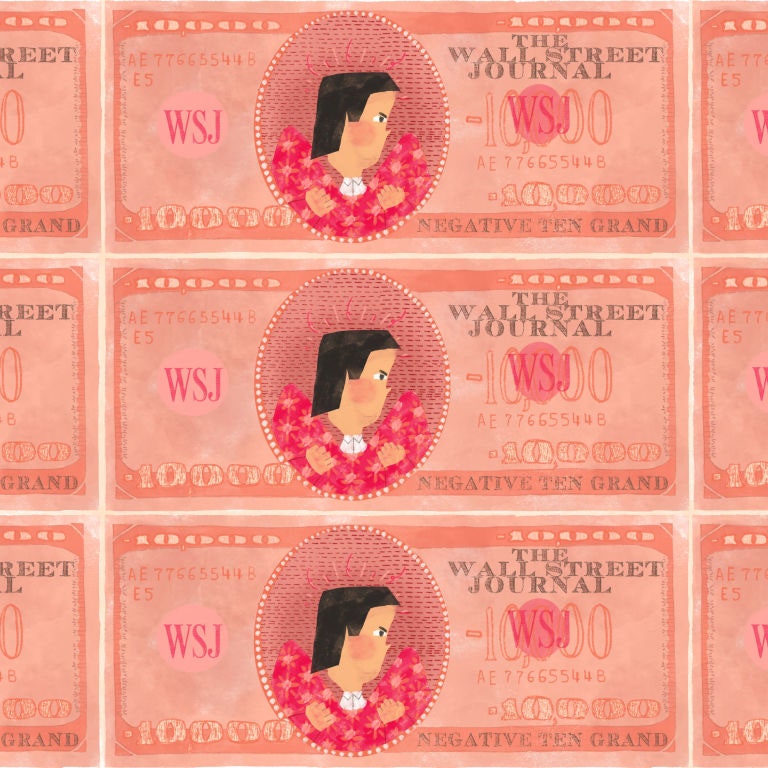 Last August, I celebrated working ten years at *The Wall Street Journal*. I also quit, because I was making about $13,000 less than some of my male colleagues.

I was one of three live show producers on the *WSJ* video team. We did everything. We booked guests and wrote scripts. We worked with editors and the control room. We picked up guests and escorted them to makeup. We commissioned graphics and sourced photos. We wrote banners, bios, and on-screen titles. We wrote the headlines and copy for the video clips. We didn’t have daily deadlines — in live TV, your deadlines come in minutes.

We all worked really hard, every single day, to deliver world-class *WSJ* video. While we all had different career backgrounds, no one outranked anyone else.

We were all equal when it came to having the same workflows, the same deadlines, and the same expectations from the bosses.

We were also all paid wildly different salaries.

My appeals to human resources yielded nothing. The (1) reps said they would look into it, and they noted that other *WSJ* women were asking about pay gaps. Soon after I met with them, the union published a survey showing that, from 2000 to 2016, *WSJ*’s female employees were paid (2) than their male counterparts. On the lowest rung: (6). Shortly after the union released its findings, in March 2016, executives at *WSJ* said that they were going to (3).

The pay gap I experienced jibes with what’s going on outside the Journal building: A (7) found that a woman makes an average of $10,500 less per year than her male counterparts; this disparity adds up to nearly a half-million dollars over the course of a career. A (8) by the nonpartisan Economic Policy Institute found that women’s median hourly wages relative to men’s have stalled since 1979. Even when accounting for education, women earn less than men at every wage level, and that gap is larger for women of color.

The gender pay gap doesn’t just impact your bank account, however. In my case, knowing I was worth less than someone else had a direct impact on my self-esteem and my work. I felt trapped. Each time I delivered excellent work, the satisfaction of a job well done was undermined by the knowledge that my extra efforts came with a priced-in discount. Conversely, when I made mistakes, I’d catch myself being resentful, because why try if the playing field wasn’t even?

One day in August, I had a particularly bad day, and I thought: Why am I trying so hard? I still hadn’t been contacted about any pay raises, and the WSJ’s investigation into pay gaps was over. They’d found no significant issues, company executives said.

I’ll never forget that month, when I left work each day, just broken. This time, I wondered if I might be depressed because I’d feel angry and sad for an entire work shift. When I stepped back, I saw that while I was miserable for hours on end, that feeling would instantly lift as soon as I left work. I guess I just got tired of being unhappy. It was not unlike finally admitting that a relationship you’ve invested everything into just isn’t working, despite your hardest efforts.

I quit as the biggest political election in history was ramping up and news was going into overdrive. (Within two weeks of my leaving, the other female producer also quit.)

I left with no new job in place, not much in terms of savings, and no actual plan. I just couldn’t come into work every day, knowing that no matter how hard I worked, I was literally valued less than others who did the same things.

Still, I was surprised when several women messaged me with similar stories.

One ex-*WSJer*, who quit in the months before me, said a guy in her former department held her same title but had made $30,000 more. Two young staffers confided that their efforts to talk to their bosses about pay disparity were deflected or trivialized.

Pay disparity is not limited to *The Wall Street Journal*, of course. An ex-editor told me she quit her lifestyle-magazine gig when she accidentally found out that one of her junior male staffers made more than her, his boss.

It’s been a year since I quit.

In that time, *WSJ* has (9) and found that only a few employees (less than 3 percent) were underpaid. This July, the union updated their 2016 data with (4), showing that *WSJ* female employees continue to lag behind their male counterparts in terms of pay. In response to the union, Dow Jones CEO William Lewis sent a company-wide memo detailing efforts to improve diversity across the company. The initiative includes company-wide directives to increase the number of women in executive-level roles by 40 percent. “To be clear, diversity and inclusion will be fundamental to our future success,” Lewis writes.

A Dow Jones spokesperson also notes that the company completed a second annual salary review this summer and adjusted the salaries for 2 percent of the men and women across departments.

In my first year post-WSJ, I have freelanced for a range of lifestyle publications. I’ve written copy for big brands and small businesses alike. I’ve hustled for jobs, from marketing text to social-media posts to executive résumés. Also, let’s be upfront about the big irony here: By leaving a job in protest over a pay gap, my income took a steep dive. I’m not earning anywhere near what I used to. Not even close.

I’m still learning what it’s like to be an entrepreneur. The biggest lessons have to do, ironically enough, with figuring out how to price my work — sometimes I aim too high, sometimes I bid too low. It’s a work in progress.

Look, I still don’t have health insurance. Every single day, I fret about paying bills. But my current anxiety is never worse than the deep unhappiness I felt each time I walked into 1211 Avenue of the Americas and took the elevator up to the sixth floor.

Since September 2016, I’ve traveled every single month, and this wanderlust inspired me to launch (5), a new travel and lifestyle website and Instagram account. This is a new platform for the kinds of photos and stories I want to share. Ambianceuse will feature intimate photo essays and interviews showcasing artists, experiences, and moments from all over the world.

I’m grateful for the time I spent at the Journal, because I wouldn’t be where I am now without it. It delivers, on a daily basis, the very best in journalism. For many years, I worked alongside world-class journalists, men and women, editors and reporters, who were often charming as well as brilliant. No one works harder than Journal reporters on deadline. The Journal taught me so much, and that training will forever serve me. For that, thank you, *WSJ*.

Less than two weeks into my new, post-*WSJ* life, I was somewhere in the woods near Aspen, staring into a river. The enormity of what I’d just done hit me like a punch. I cried intensely for a very long time.

That was the only time I ever mourned my past life.

I can honestly say that I’ve never felt that sad since. Also gone: the long-simmering resentment that colored so much of my final months at work.

This new life is scrappy and unpredictable. I’ll confess to enduring sleepless nights over paying bills, but I solve that by getting up early and pitching for new work. There’s also a different kind of payoff. After spending the entirety of my career sitting at a desk in a midtown high-rise, my new office is wherever I want it to be.

I’ve seen Edinburgh in the fall and Dubrovnik in the summer. I’ve made friends in Dublin, downed whisky cocktails in Hong Kong, and sipped 100-year-old Cognac straight out of the cask in France. I enjoyed a cocktail experience in Tokyo that can’t be replicated anywhere else in the world. I don’t know what the future holds for me. I just know that whatever happens, from now on, I’m setting the terms.

*Elva Ramirez is a freelance lifestyle and spirits journalist based in Brooklyn*.