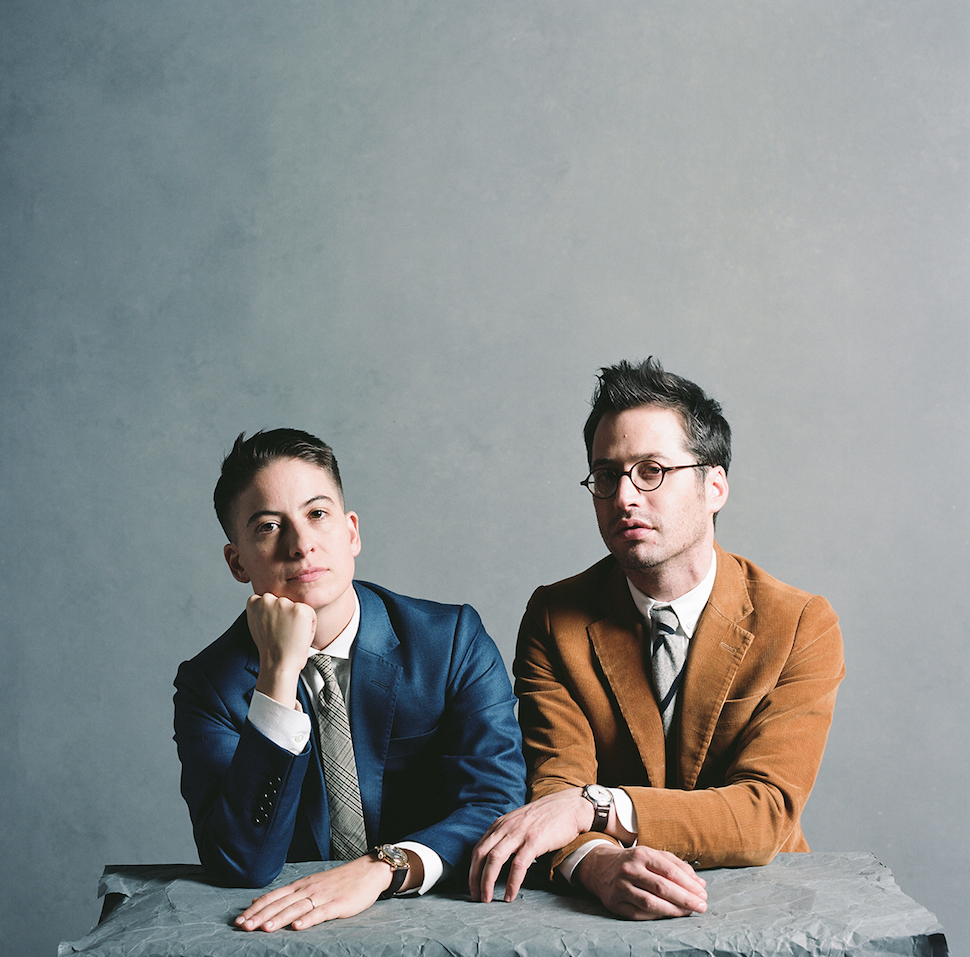 *This piece was inspired by* (1), *the HBO documentary produced by Lena Dunham and Jenni Konner, premiering Monday, June 20. The film follows a range of clients of the custom suit shop Bindle & Keep, which looks beyond the gender binary.*

I don’t have a lot of memories of my childhood. I really only feel like I have access to the reality that it took place when I’m doing exactly what I’m moved to do without passing judgment on myself, how I dress or move or use my body. As an adult, I’m collecting more moments like that, and more and more, I’m realizing that at 31, I’m more like what I must’ve been at 10 years old than I could’ve ever imagined.

There’s a thing that happens between childhood and adulthood where you become aware of what you look like, both to yourself and to others. This is when a space started to grow between me and myself. Before self-scrutiny and the perceived scrutiny of others started taking up space in my brain, I could slick my hair back everyday with hairspray, while enthusiastically-but-ineffectively trying to achieve the look the Fonz had (I watched a lot of Nick at Nite as a kid) and shrugging at anyone who addressed me as Hairspray Head. I could wear a white t-shirt and not care if my body was visible through it, or worry about a white t-shirt’s vulnerability to the things I liked to do best: eating, playing basketball, catching frogs at the pond.

It’s hard to reconcile yourself in your body. And then you also have to reconcile yourself, and the body you carry yourself in, with the world. When I was a kid, I was sensitive and tender, and I was also a jock who collected books of what are now known as dad jokes. It was the ’90s and I hadn’t learned the word “nuance” yet, and even adults seemed less aware of nuance than they are now, so I didn’t know about a gender spectrum or about the relationship between femininity and masculinity. I didn’t know that I could be both feminine and masculine simultaneously, even though I was. Femininity and masculinity – like practically everything – were opposites to me in elementary school. I had a lot of things to reconcile.

> It’s hard to reconcile yourself in your body.​

Reconciliation, for me, was really just about doing an impression of someone getting out of their own way. For good measure, I also did an impression of someone who wouldn’t let others get in their way. I’m known for something my friend once described as “dressing braver than you feel.” I understand not everyone can do that, but we’ve all acted braver than we’ve felt before. The ultimate version of that for me was having top surgery – something I didn’t feel remotely brave enough to do, even though I knew I had to. I wasn’t brave enough to do it until I already had.

I’ve always been a reader, which is something else that once felt at odds with my masculinity. If that sounds like a weird thing to say, please picture a young, athletic tomboy reading Gertrude Stein. Reading has always been a part of my identity, and books taught me that my identity could expand to integrate every part of myself into it.

There’s an Edward Albee line from * (2)* that’s always resonated with me: “Sometimes a person has to go a very long distance out of way to come back a short distance correctly.” When I got my first suit in the foreign East 50s, I took the most performative, symbolic masculine garment I could think of and put it on a body I was convinced was ill-designed for it. A custom suit was my gateway to allowing myself to feel at home in what’s referred to as menswear and more importantly in myself in general. And I’ve worked my way back from that suit.

It took going a long distance out of my way to have a custom suit made in order for me to come back a short distance correctly to myself. I was re-introduced to the kid I used to be, the one who had an innate sense of forgiveness of their own imperfection. At 31, I’m the most forgiving of myself I’ve been since I was 10. And being an adult means I know that we’re all imperfect and multi-dimensional; we’re masculine and we’re feminine and nobody can keep a white t-shirt clean.

*Rae Angelo Tutera is a feminist who loves Mimi Lester. You can find Rae IRL measuring LGBTQ+ folks for clothes at Bindle & Keep or working in their general store Willoughby General, and online at @* * (3)* *(Twitter) and @* (4) *(Instagram).*