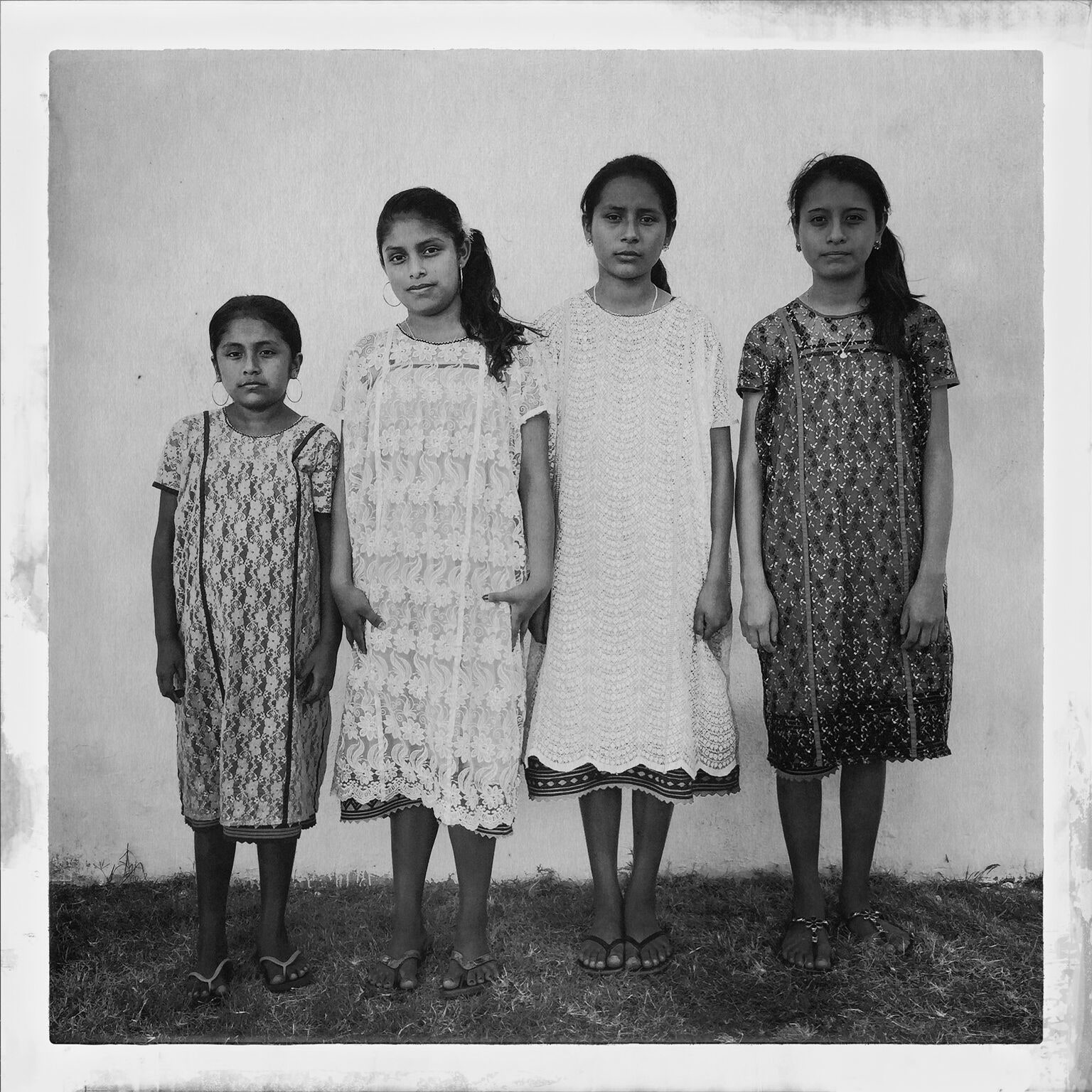 Like millions across Mexico, photojournalist Adriana Zehbrauskas was horrified when, in September 2014, she heard the news that 43 college students had been disappeared en masse from the rural state of Guerrero. Though originally from Brazil, Zehbrauskas had been documenting Mexico for a dozen years, and she quickly began thinking of ways to tell a visual story of absence. The students number among the 27,000 throughout the country who have vanished since 2008, their cases often left uninvestigated, their families left to mourn with no answers and no grave site to visit. Zehbrauskas traveled to Guerrero nine days after the students disappeared.

As Zehbrauskas began to work in the poor, rural section of Southwest Mexico where the students had been taken, she realized there was a double loss when someone disappeared. Not only were they missing, but because the families rarely had photographs of their loved ones, they had little to remember them by. Often cell-phone images had been lost — because households rarely had the ability to back up or download their photos, a missing or broken phone signified the erasure of that record forever. Zehbrauskas knew she couldn’t retrieve those moments — but she could document the present. She set to work taking family photos.

The project that emerged, _Family Matters,_ is a collection of composed portraits of residents in Huehuetónoc, Guerrero. Reading the images, knowing that any of the subjects could one day be missing, the portraits are as unsettling to behold as they are beautiful. Families pose, often before the town church, in this small, mostly indigenous community near the border of Oaxaca State, wearing their Sunday best. Zehbrauskas provided prints to each family that are now displayed in homes throughout Huehuetónoc, along with showings in Mexico City and New York.

Zehbrauskas and I spoke at her Mexico City home.

**Laura Tillman:** Can you go back and tell me, how did you conceive of the project to begin with?

**Adriana Zehbrauskas:** The project began with the 43 students who went missing in Guerrero in 2014. I started working for many media outlets, and for one of them we decided to stick with one of the families and document their lives every month, and through the lives of this one family try to figure out, _Who were they?_ Because you hear the number — 43 students — but who were these people?

I kept hearing, “No, I don’t have any pictures. I lost them, they were on my phone.” So I started thinking that was a really terrible thing, because these people had disappeared. It’s like disappearing twice: from the future with their loved ones, and also from their memories.

We always go there as journalists and we get into the house, we photograph them, and then we leave. And although I know that ultimately the goal with the stories and the photos is to bring attention to their story, it’s not always the case. Sometimes nothing happens. We do the story and most of the time nothing happens, nothing changes for them. They ask me all the time, “Is this going to change?” And I can say, “Well, I don’t know, we’re doing this, but I can’t promise you.” But I thought, _Well, I can promise a picture._

**LT:** Has that been something that has made you feel uneasy in the past? This sense that you’re coming and getting your work and, even though you are bringing awareness, that it’s rare to actually see concrete change happen as a result of something that you do?

**AZ:** Yes, as a journalist that’s what we strive for, but sometimes you see change and sometimes you don’t. And most of the time you don’t. In the beginning, when I started, I was very naïve and thought I could change the world. Now I know I can’t. But sometimes you can change a little bit, someone’s perception. Nothing happens overnight, and it’s kind of like a process of waking up.

**LT:** When did you start to become aware of this phenomenon that people were taking lots of pictures of each other but they didn’t actually have a lot of pictures?

**AZ:** I have a son, and since he was born I was documenting his life every day, and I was shooting with film, and I was printing it. So I have this album — since he was born to five or six years old, and then nothing. My little film camera broke, and it became so hard to develop it, and I was taking pictures with my digital camera. I have it all stored on external discs, but I don’t have it printed anymore. And then one day I was showing the pictures to our son, and he said, “Why don’t you have any pictures of when I’m older?” And I was like, “Oh, good question.” So that started, you know, the first seed of this project.

**LT:** How do you feel the value people put on photographs has changed with the digital age of photography? Do you feel like photographs are worth less?

**AZ:** It’s funny because I think it’s also a paradox. I think people now relate more to photography. Everyone takes pictures and tells their stories online — pictures of your hair, your nails, what you’re eating, pictures of your cat, your dog. So I don’t think there’s ever been a time in history when photography was so pervasive in society, but at the same time I think it’s become so much, it’s kind of like taking it for granted. You upload somewhere to a cloud, and who knows what will happen with it. It’s a very present thing, it’s like a moment-thing. No one is thinking about photography as a way to document things, it’s photography for enjoyment in that moment. It’s like, I take a picture _now_ and upload it _now_ on my Instagram, and my Facebook, and that’s it. It’s not about “I’m gonna keep this so I can look at it in twenty years.” I don’t think there’s that thought anymore.

**LT:** Do you feel a certain kind of pull to do projects that are more of a collaboration between you and your subjects?

**AZ:** I think so. I worked for a newspaper for a long time, and it’s news, news, news, going from one story to the other, and that’s our job. You’re there to tell people’s stories, and sometimes you can’t go back, there’s no time to do it. I think that’s fine, and you’re already giving back a little bit by telling their stories, but I started feeling that it was not enough for me, it was too superficial. It was very little time. So that’s why I started doing these types of projects where I could immerse myself more. You have more access to people and can tell their stories if you’re more connected to them. And then it becomes like this organic thing. Like you start photographing the community and then you’ll become friends with people and end up establishing a relationship with people there. You give them something, and they give you something. I think it’s just like how it is naturally.

**LT:** You’re making these photos and then you have to wonder, _Will this be the photo someday when someone disappears?_

**AZ:** I think about that all the time. Working in these places, that’s a huge possibility that someone’s going to go missing. So, I mean, this project is more about creating memory. It’s kind of like a counteraction to a possibility, a risk, or a threat.

_Laura Tillman is a journalist living in Mexico City. Her first book,_ (1)_,_ _was published in April by Scribner._