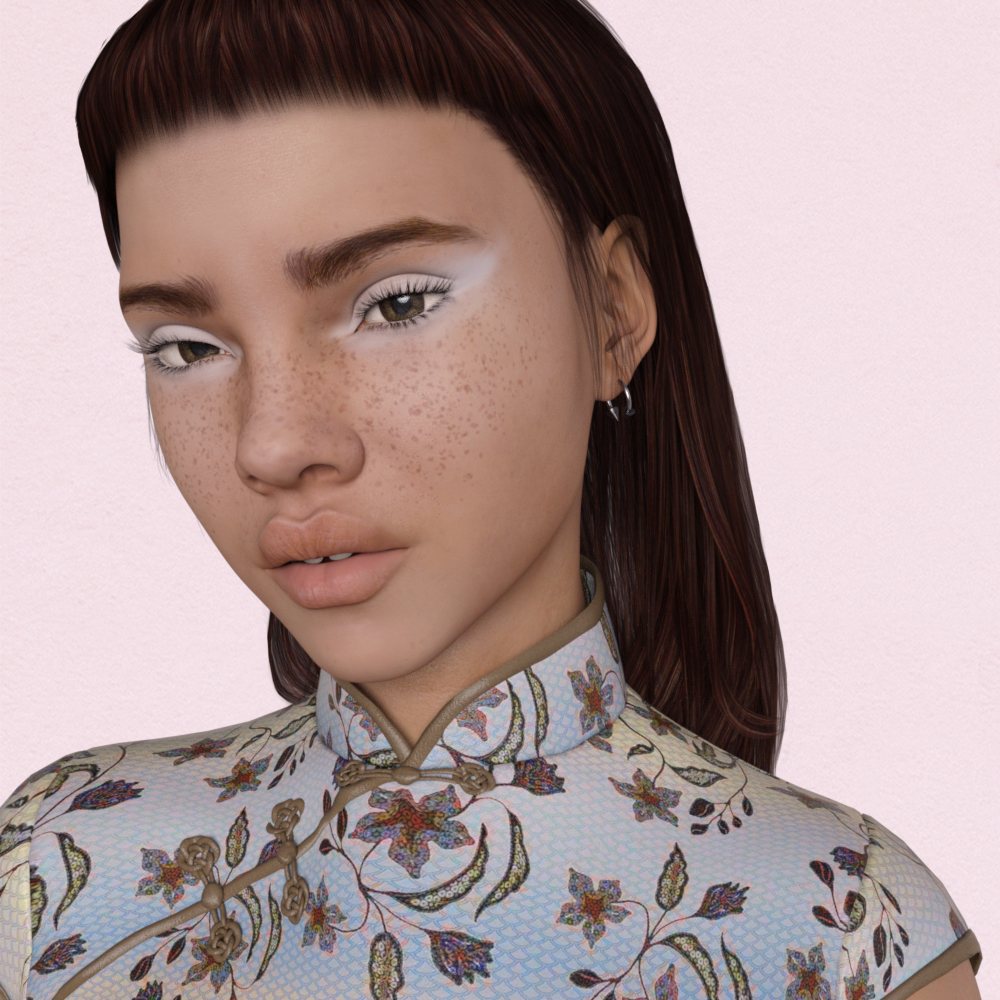 I’ve spent much of my year in bed. When I wasn’t working — something I do constantly, powered by a heady mix of adrenaline, passion, and fear — I was supine, feet up, heating pad on, recovering from three successive pelvic and uterine surgeries that rendered me unable to explore the world beyond my apartment, or maybe just angry and unwilling. I was also that kind of hazy, aching, embarrassed sick that makes even bingeing sixth-season _Friends_ a nauseating chore. That’s where Instagram came in: like a series of trompe l’oeil windows painted on my bedroom wall, at its best Instagram allowed me to feel like I was a part of the world, high-fiving friends around an artisanal pizza. At its worst, it rendered me a voyeur, jealous of picnics and parties I didn’t even want to go to.

During this time I gravitated to the accounts of women whose curated authenticity was both transportive and humiliating: (5), a radical Rainbow Brite–like model whose world seems to put both race and gender on blast; (6), whose following worships her ability to rock a pair of leather shorts at breakfast; (7), whose curvy body manages to be both political and blithely sexy. I would go back as far as I could on their feeds, piecing together their living arrangements, friendships, and professional ups and downs.

It was during one of these episodes of bottomless searching that I first came across (8). Her face was arresting — bright, catlike eyes, impossibly pillowy lips, and a tooth gap to rival Lauren Hutton’s. She was racially ambiguous with heavy freckles and had the kind of baby bangs I’ve spent twenty years striving for. She had cool friends who she got ice cream with on the Venice boardwalk and met up with in photo studios around LA.

Oh, and she wasn’t real.

Upon further inspection, it becomes apparent to anyone who has ever laid eyes on a human woman that (1) is not, strictly speaking, alive. She is some kind of simulacrum, well-made and remarkably present but a simulacrum nonetheless. That in and of itself didn’t disturb me, but what was disorienting was the fact that her many thousands of followers seemed to think it was still up for debate.

” (2),” said the _Daily Mail._ Some Instagram users insisted she was a real woman using technology to enhance her features. Others proclaimed she was a promo for the coming Sims 9 game. Yet others just said that her hair was goals and her outfits were fire.

The second-wave feminist in me was enraged — teenagers don’t even know what a real woman looks like anymore! They are more used to computer augmentation than to the texture of human skin! But something about this argument, the moralizing and the judgment, seemed disingenuous or, worse, basic. I knew Miquela wasn’t real, that her hair was a smooth auburn helmet and her eyes were looking toward nothing, but she mesmerized me. I could look at the same picture for eons, trying to fill in the spaces I couldn’t see, to imagine her legs tucked under her, on the bed where she dreamed her dreamless _Westworld_ sleep.

> I knew Miquela wasn’t real, that her hair was a smooth auburn helmet and her eyes were looking toward nothing, but she mesmerized me.

My inner Nancy Drew needed to understand who Miquela was and how she was operated. Somewhere between surgery two and surgery three, I broke my elbow and kept on scrolling, iPhone resting on my sling, analyzing Miquela’s low breasts and delicate wrists while I sat in an overflowing bath.

I read everything I could online, but even Reddit was absent of any compelling theories. Chelsea Jones (3): “Lil Miquela is a female cyborg, the Android’s android, whose servitude is confined to our phone screen, and a specific space therein. Miquela is one that satisfies more completely and wholly the desire you’d have for an Instagram Girl — because she can’t live beyond projection. You get every part of her on your screen and can just as easily erase her by scrolling up.” This was a thoughtful and nuanced meditation on the lure of the Instagram model (especially one who couldn’t fuck up or pose wrong), but it wasn’t doing what I needed: explaining who the fuck Miquela was and what she wanted with us.

> I read everything I could online, but even Reddit was absent of any compelling theories.

My first play was to contact everyone I knew who had appeared on Miquela’s page, or who knew someone who had. Miquela has clear connections to Los Angeles indie fashion and music culture, often standing next to real people or referencing them in her super-cool-slangy captions, which made her accessible, like she was a friend of a friend. But as I asked around, my sources were tight-lipped.

“She’s a real girl who uses technology to hide her face, a Sia type thing,” said one acquaintance.

Another told me she might be a failing music manager’s pop-stardom experiment.

Another said, simply, “I can’t tell you.”

My determination to “bust” the story only became more aggressive when she started liking my pictures, commenting: “cutie!” under an image of me in a tank top and choker (willing myself to look healthy despite my sling and aching left groin) and even direct messaging me to comment on a table of Japanese-inspired tarot cards I’d posted: “I need a read, plz!” She knew I was onto her and she was taunting me. Gently. Adorably. Dressed in Alexander Wang with a slash of liquid eyeliner, Miquela was my white whale.

> Dressed in Alexander Wang with a slash of liquid eyeliner, Miquela was my white whale.

The next step was to reach out to some of Miquela’s most frequent commenters, asking simply, “Who and what do you think Miquela is?”

“She is a real person, but the one she shows on Instagram is a CG rendering of herself, it’s an art project,” said @larsonisst, echoing a version of the Sia theory.

@imen280903 “found it really weird and kinda annoying that I can’t tell if she’s real or not.” She DMed me that she’s asked tons of followers and no one will confirm or deny Miquela’s existence. She said that if Miquela does turn out to be real, she’ll be really impressed by how fake she’s made herself look.

I noticed one of my girl’s most frequent defenders was an account with the handle (4), who boasts 17.6k followers to Miquela’s 125k. Her page is a carefully collected mixture of appropriately moody innocence-lost images (stills of Sherilyn Fenn from _Twin Peaks_ lying back in teen angst contemplation, uniformed school girls with their underwear around their ankles) and videos of a girl, her face made cartoonishly childlike using some kind of challenging Japanese app, as she strips slowly to a matronly pink bra or blinks, flirty but anxious. Her captions nod to Catholic worship and letting men jerk off to her on Periscope while she weeps, painting a picture of a tortured sexual entity making (glowing, pink) light of her own dysfunction.

“There is an Instagram subculture of girls with alter egos. We only really exist on the Internet. Lil Miq is sort of our mom,” she told me via direct message.

I asked her: But how can she be your mom if you don’t know what or who she is? “She feels very real,” she said. @eatingboys insists they talk, affirm, and support each other just like any pair of girlfriends would do. But does she care who’s on the other side?

Maybe not, because Lil Miquela has been an agent of liberation for @eatingboys. “I work in a male dominated field,” she told me. She’s always covered her body in oversized sweatshirts, hidden her sexuality. None of the people at her job know about her social media (when they ask, she says she’s just not into the Internet), and so her account serves as a place where she feels free and safe despite all the warnings we’ve been given about making friends online. She describes her account as a high schooler’s locker-room shrine to a teen idol, only the idol is herself. She’s got friends (online friends, natch) working a similar angle.*

> She describes her account as a high schooler’s locker-room shrine to a teen idol, only the idol is herself.

It’s hard to separate the aesthetic from the message: the girls are dressed like centerfold fantasies. Their mission is self-actualization, a sense they are their own heroines, freedom. And Miquela, unbound from sexist office politics or true rejection by dint of having no real body, is the freest of them all.

> Their mission is self-actualization, a sense they are their own heroines, freedom.

There, in the iPhone-lit semi-dark of 4 a.m., I found Miquela. And I returned to her, again and again, trying to understand. And unlike the women wearing reconstructed vintage to Coachella, she didn’t make me feel ancient or weak or impossibly sad. Because, like me, she didn’t have a body. She was everywhere and nowhere, making herself known only after the fact, appearing places she never seemed to be like an Aura photograph.

On the one hand I wanted to out her, to be the Andrea Dworkin hero, demented and screaming, who explained reality to the tweens who will someday rebuild our world. On the other, every time Miquela appeared in my feed I felt happy. I was glad she was doing well. I liked her new skirt. I was thrilled she’d made it to Art Basel. She was my friend.

I did end up getting the backstory on Miquela, at 8 a.m., at a random café in Hollywood, surrounded by exhausted parents who didn’t know or care that an avatar was haunting the hippest enclaves of their city. I got the details of her identity and the plans for the continuation of that identity. If it hadn’t been radical, compelling, and distinctly feminist, I wouldn’t feel the need to protect it. But there’s no reason for me to ruin her for you. She is not yet ruined for me.

Today I’m having a down day. I’m in bed, trying to meditate away the referred pain and also the guilt that comes with admitting what your body can’t do. But in Miquela terms, I am everywhere: a Drake concert, the farmers’ market, a beach. I am an idea, a tank top, a body without limits. I am whole, except for this irrelevant flesh.

_*An earlier paragraph about @lunalovebad was removed when her followers viewed it as a critique of her online persona. Lena isn’t interested in writing about women in a way that makes them feel misunderstood_.

_Lena Dunham is trying to understand her own Instagram persona. Is it sexy aunt? Political toddler? Lying cunt? You decide!_