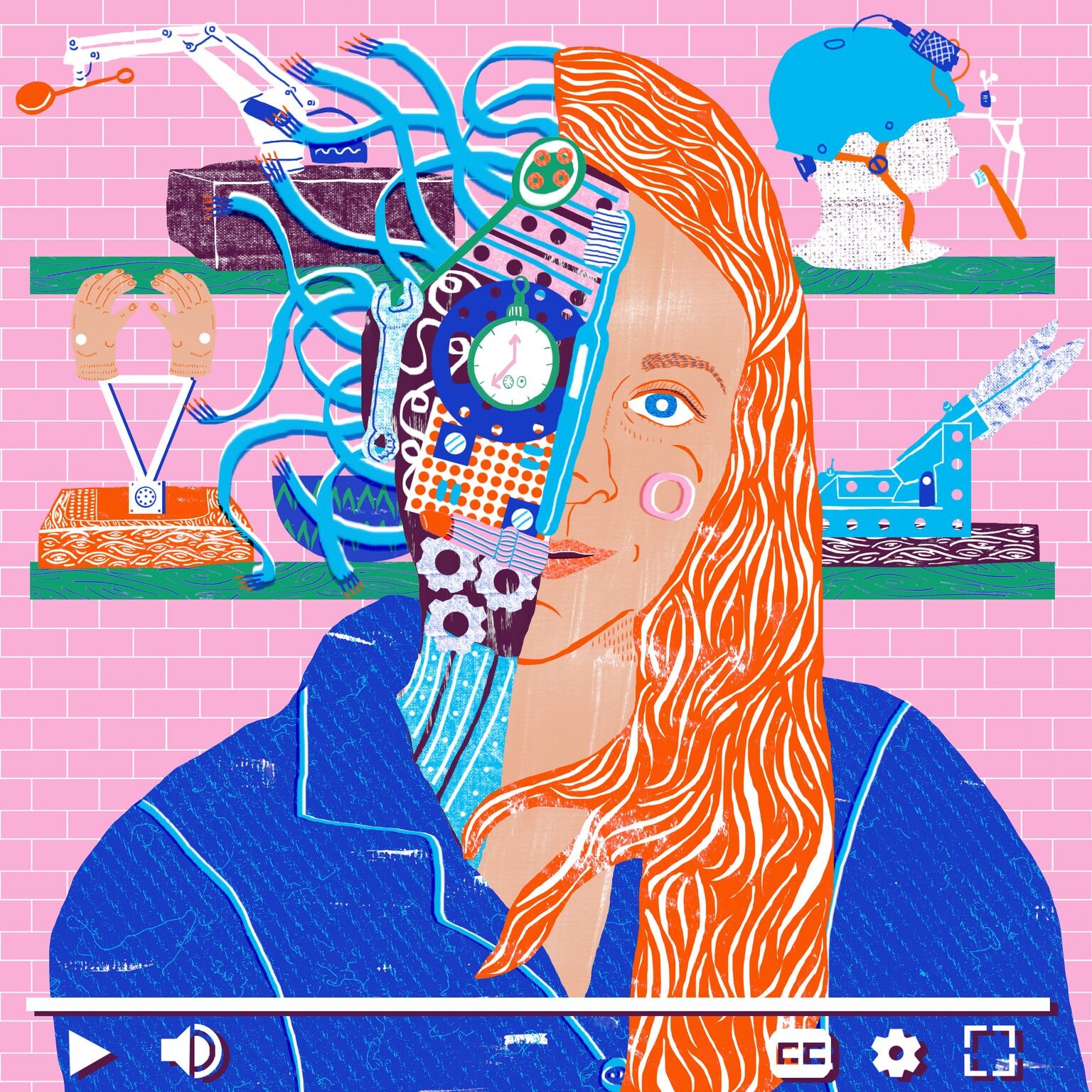 ​Are you interested in a (3)? One that (4)? What about a (5)? Swedish engineer Simone Giertz (pronounced “Yatch”) has built robots to execute all these tasks — but the results always go terribly wrong. The self-taught Giertz, who just moved from a houseboat in Stockholm to a loft in San Francisco, doesn’t aim to create anything of intrinsic value but rather something with an intended use that doesn’t necessarily work out. Her idiosyncratic take on robotics and deadpan delivery combined with a charming sense of humor have garnered her an online following many beauty bloggers would envy.

I chatted with Giertz on the phone, and she talked me through her journey and delved deeper into her beautiful mind.

**Sarah Sahim:** How did you get into engineering?

**Simone Giertz:** I didn’t get into it in the traditional way. I started studying physics in college, but I dropped out after a year because it just was kind of a bore for me. I did a lot of other stuff in the meantime. I went to advertising school and I worked as an editor for Sweden’s official website, but I always had a lot of ideas of things I wanted to prototype and code. I was always looking for somebody who could do it for me, until I realized: “Hey, dumb-ass, just teach yourself how to do it.” I started teaching myself to program at 22, and then eventually I learned about hardware.

**SS:** Was there a particular moment that inspired you to veer into the world of shitty robots? Was it a eureka moment, or was it gradual?

**SG:** It was a gradual thing. I mix comedy and humor into almost everything I do. It’s the way that I approach things, especially things that I find tricky. I realized after I built some things that the useless projects were a lot more fun and I enjoyed building them a lot more. It takes the pressure off of it because when you set out to do something useful, there are all these goals that you have to reach. Making something that’s not useful lets me enjoy the process more.

**SG:** There’s kind of a subculture of shitty robots. It’s not huge, but there is definitely something there. I think the one that I like the most and that still inspires me is the (6). It’s a ketchup bottle on four wheels and it just drives around and sprays a bunch of hot dogs with ketchup. It’s a brilliant piece of tech.

**SS:** What’s the brainstorming process like for creating these machines?

**SG:** There actually isn’t that much of a brainstorming process. I realized whenever I think, _OK, now I’m going to sit down and I’m going to come up with ideas,_ everything I come up with is pretty terrible, and I mean terrible in the wrong kind of way. I get most of my ideas when I’m very bored or when I’m frustrated with something. My brain just starts going off in tangents.

**SS:** Do you purposely engineer the robots to be bad?

**SG:** I definitely set out to make them bad. I’m not such a terrible builder that I would always unintentionally end up making something that works terribly. It’s funny, because a lot of people think that that’s the case, and some are pretty snarky about it. They’re like, “Oh my God, this is so bad.” But some people are heartbreakingly sweet about it in the sense that they’re like, “Simone, just hang in there, eventually you’ll manage to build something good; just keep on inventing.” I see myself as a robot comedian, which is a title that I made up myself. I definitely seek the entertainment in it.

**SS:** What have you built that you think is actually really impressive?

**SG:** I would say everything is really impressive, Sarah! Actually, my first hardware project is probably still one of my most impressive ones. I built it with a friend of mine, and (7). You can actually play guitar on it — just pull the guitar strings from the bottom and clip them to your belt. Then you use your fingers to hold the chord on the screen, and it wirelessly sends the signal over to your phone whenever a string is touched, so it plays a coherent sound according to how you hold your hand in the app. That was pretty impressive, I would say, especially as my first project.

**SS:** Is there anything you wish you’d invented or you wish you had the resources to invent? A world-destroying laser-ray?

**SG:** Contrary to popular opinion, I am not set out to destroy the world or start the robot uprising apocalypse. My long-term goal is to go to space, and I’m working my way there. I think if I would have the means to build myself a rocket, I would do that.