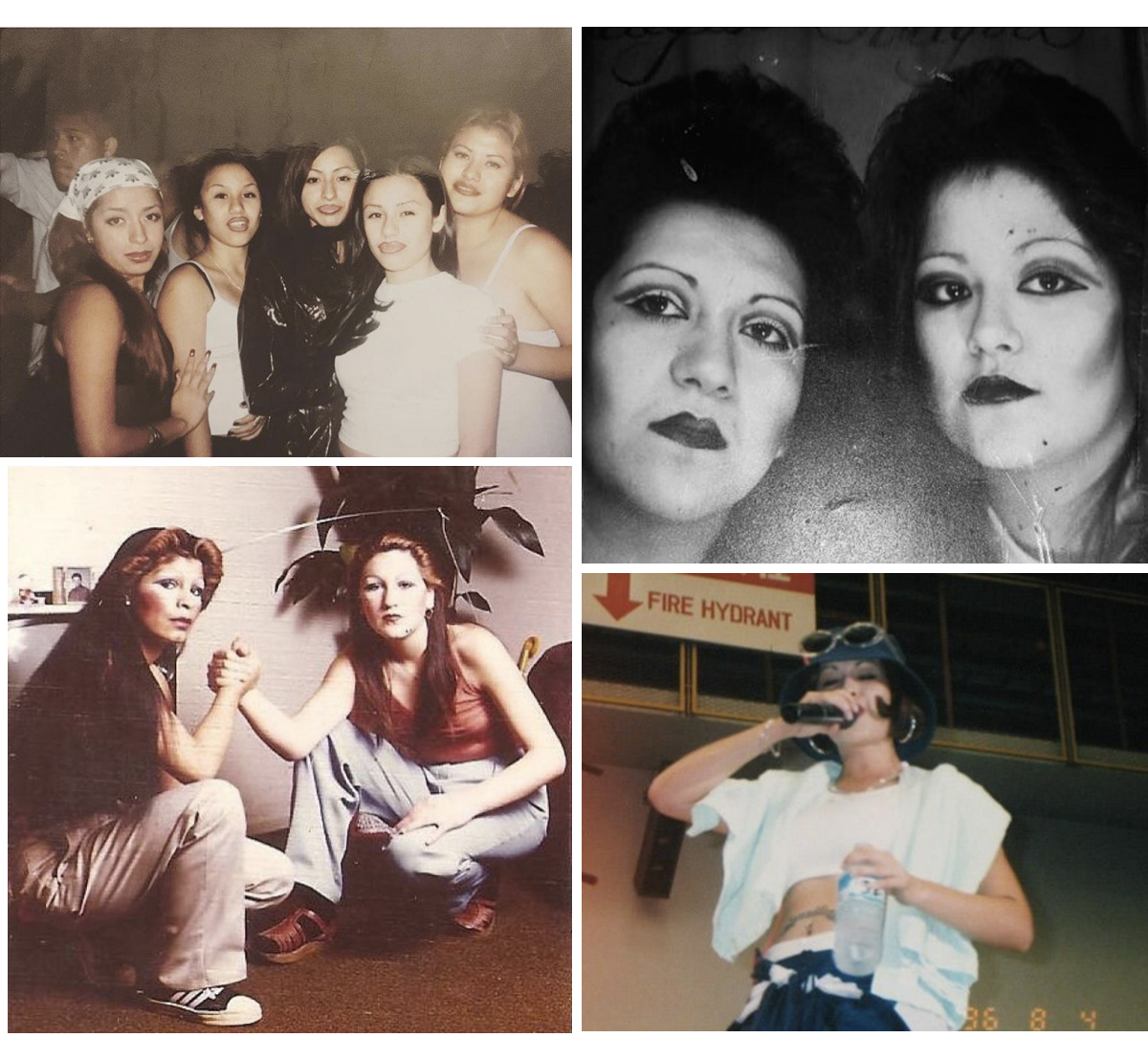 I met Guadalupe Rosales in Brooklyn about ten years ago. I was a desperately homesick San Francisco transplant, and L.A. native Guadalupe offered the perfect antidote to my New York alienation. We got to know each other at various parties in the local queer art scene; she was an artist, I was a disenchanted P.R. lackey at the Whitney. Over the years, we’ve bonded about our shared love for, and connections to, the very specific Mexican culture that blooms in California: its food and music, its political and social struggles. Recently, Guadalupe’s been having that conversation on a much bigger scale. Her archival Instagram account, (1), features personal photos submitted by Chicana women who were part of Southern California’s gang and party culture in the ’80s and ’90s.

The account offers so much to love. It’s visually stunning — who doesn’t adore big-haired tough girls with meticulous eyeliner? But more important, it brings self-determined visibility to a subculture that’s been overlooked and misrepresented in the mainstream. I sat down to chat with Guadalupe about the project.

**Kira Garcia:** What does “Veteranas and Rucas” mean?

**Guadalupe Rosales:** “Veterana” is a woman who has experience in gang life and is now older. She has “put in work.” She’s someone who’s lived it and has stories to tell. “Ruca” is a slang word for girlfriend, like a boy will call his girlfriend “ruca.”

**KG:** For those who don’t know, what is Chicano versus Latino?

**GR:** Chicano is someone who is first or second generation; for example, my parents were born in Mexico and migrated to the U.S., and I was born in California. So I’m Mexican American/Chicano. Latino could be anyone who is Mexican or Central American or South American  My parents are Latinos, and so is someone from El Salvador.

**KG:** How do you describe the culture that you’re portraying?

**GR:** Living in L.A., gang and party cultures are interwoven. The gang culture has been going on for many years, since the (2) in the ’30s and ’40s, and the rave scene and party crews in the late ’80s and ’90s. They were an alternative to gangs. So it was for people who said “I’m not a gangster, but I’m surrounded by it.”

**KG:** Part of what drew me to your Instagram is just that the photos are so incredibly beautiful! The level of detail in the hair and makeup is so on point. There was such a specific style. I wonder if you can describe what that aesthetic looked like, in your own words?

**GR:** I do play the role of the curator! But Filas, British Knights, and L.A. Gear were really popular. Also the Nike Cortez. So if you had those shoes and some overalls you could also go for the tagger look, which is like oversize pants with a big shirt and some Adidas. Or you can go with the crop top and overalls and some Nikes. Also, the (3) had oversize sweatshirts, big hair, and _chanclas_ .

**KG:** I see these women as so incredibly feminine, but what you’re describing is actually pretty androgynous.

**KG:** But what if you decided to wear those clothes as a way of saying “I’m a queer woman.” What response would that have received in the ’80s?

**GR:** This is interesting. Women who are queer in the Latino community are more accepted than Mexican American gay men. Because of the machismo. Women who are gay and who are Latinas are not seen as being weak. But if a man is gay, that’s a sign of weakness and femininity.

**KG:** What’s your personal relationship to this culture?

**GR:** I was always surrounded by the gang culture. I have family that was in gangs; that’s something you can’t erase. That’s what most of us experienced living in Boyle Heights in the ’80s and ’90s. It was a part of who we were; it wasn’t something that we saw as negative or positive, it was just … what it was. When I turned 14 or 15, I was part of a party crew called Aztek Nation, and we threw parties with other party crews all over East L.A. I did that from about ’94 to ’98.

**GR:** When I was growing up — I am grateful to this day for this — my parents were always involved in political movements or protests. I remember we walked from Boyle Heights to downtown protesting jails because they wanted to put more jails in but no schools. So I guess it’s activism; that’s always been in my life. Carving spaces, fighting for rights. That’s been going on for a long time. Even when I was in junior high, there was a walkout that was started because the district wanted to remove classes we really liked, like band or choir.

I think that’s why these subcultures were created. It’s like, “OK, they’re removing the things we enjoy in school, so what’s out there for us?” So we created these party crews and listened to music we’d never heard before and felt like we belonged somewhere. I’ve had these experiences elsewhere, too, like when I moved to New York and found LTTR and the queer community there. It’s like, “OK, people understand me; they look like me.” It’s where I belonged.

**KG:** How would you describe the ways in which Chicanas have been represented in the culture, and how do you respond to those representations?

**GR:** What always struck me was how fiercely independent and tough these women are. And they sure didn’t take much shit from men! Women are seen as more delicate and weak, and sometimes it doesn’t matter how tough a woman looks, people try to push that back.

Violence is not exclusive to Chicanos/Chicanas. The difference is the way we are represented, targeted, and penalized as people of color. I’m not trying to repeat this pattern when I post videos and images. I think people find this provocative because it humanizes a subculture that’s seen in negative terms, as something you need to get out of rather than something you can coexist with or benefit from. That’s my hope.

**KG:** How have people been responding to the project?

**GR:** Something that I’ve been noticing is that things are being reframed. Women who used to have shame around being tough, dressing like boys in baggy pants, are responding with comments like, “Oh, I don’t have to be so ashamed, because so many of us were doing that.” Like, let’s just celebrate this history.

I’ve had people connect who find out they’re related. Like, they send in a photo saying, “This is my grandmother,” and then someone else is like, “That’s my grandma too!”

A guy commented on a photo tagging like six of his friends, saying, “Remember fucking wit these broads that looked like this back then? Good fuckin times!” A woman responds, “Not all were broads, there were some ladies mixed in as well.” Then he says, “You right. I didn’t mean that as a disrespect, that’s just a word I call females instead of using the b-word.” And then she says, “Oh I see. It wouldn’t hurt to BROADEN 😉 your horizons and expand your vocabulary. We are older and wiser now.”

**GR:** I’m working on an archive at UCLA focusing on party crews and the rave scene, and I have a talk coming up in January. Then I’m also planning an exhibition in 2017 that will include photos and other things that people have donated: clothing, flyers, and jewelry. I’m hoping to get video recordings of parties. Eventually, I want to start my own archive space.

_You can find (1) on Instagram and submit photos to (mailto:[email protected])._

_Kira Garcia is a writer living in Brooklyn._