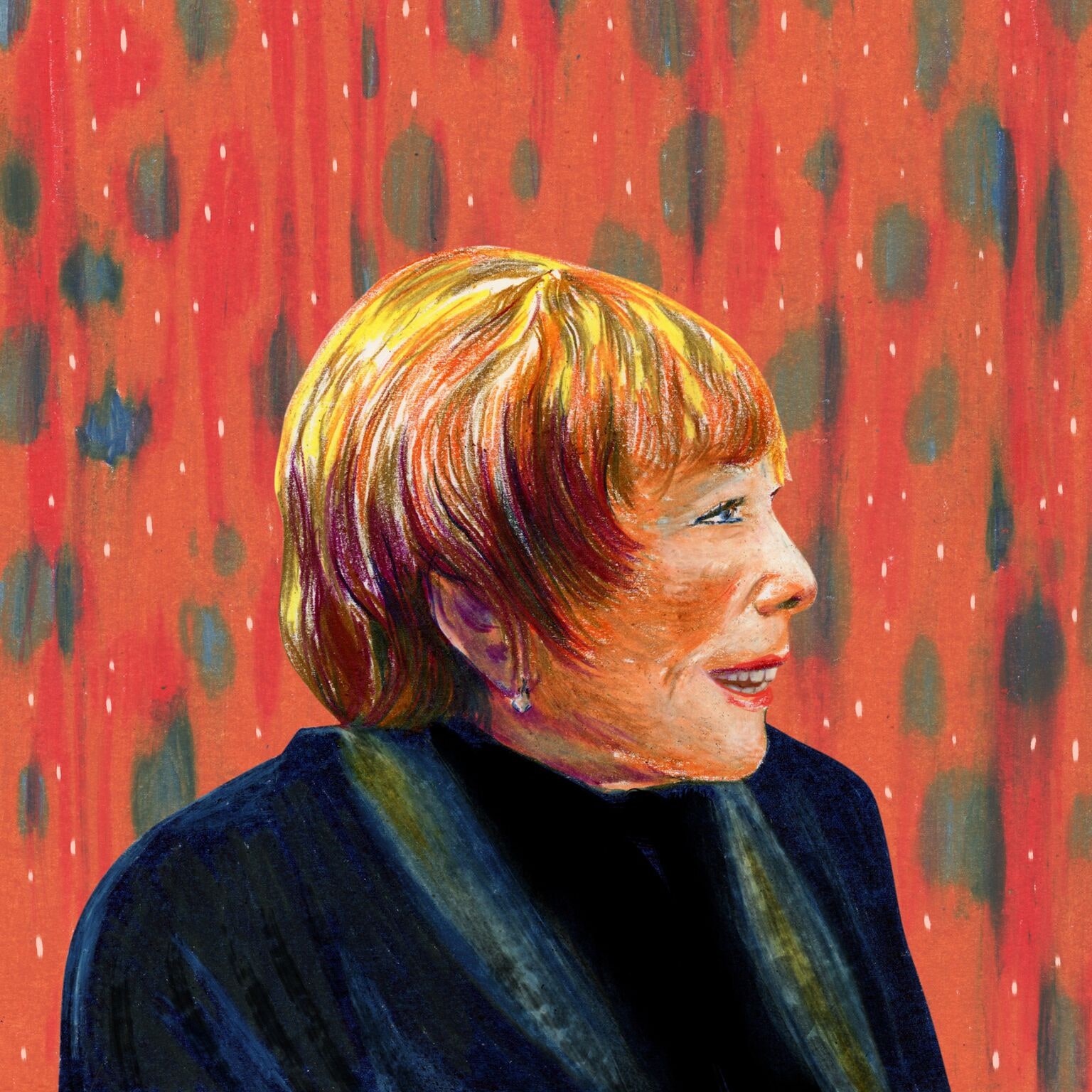 *Who better to interview the iconic actress Shirley MacLaine than her super-fan Beth Behrs? They talked about Shirley’s new movie,* The Last Word, *in which she plays a control freak who wants to determine the contents of her obituary before she’s even died; Shirley’s solo trip walking the El Camino de Santiago, Europe’s longest pilgrimage route; and getting into “soul science.”*

**Beth Behrs:** Hi, Shirley. Hi. I’m so excited. I’ve been a huge fan of yours forever, so I’m very happy to talk to you. I guess I’ll dive right in. Did you always have the performing bug from a young age, and if so, when did you know that you wanted to make it your career?

**Shirley MacLaine:** I was born with very weak ankles, so my mother took me to ballet school, at the age of three. So I was in a very, let’s say, disciplined environment, with beautiful music, working together with other children. I had a high work ethic even at that age, and I just loved it. So I don’t know if I wanted it or not. It was just happening to me, and that’s basically what I’ve been doing ever since.

**BB:** That’s how I felt, too. It was like I just knew. Acting picked me. It makes me think of my favorite line of yours in _The Last Word_: “You don’t make mistakes, mistakes make you.” I love to fail spectacularly, and so I wanted to ask you if there was an instance at some point in your career where you failed spectacularly.

**SM:** Oh my goodness. I don’t know, because I’ve always had the point of view that when things don’t go well it’s not a failure, it’s a learning experience. So I’ve never looked at it that way of failing spectacularly. I really haven’t. I don’t really regret much, and I’ve evaluated everything as more of a teaching thing than whether it was a failure. I think mistakes sometimes can be made because you haven’t informed yourself well enough of what it is that you make the mistake over, but that doesn’t mean a failure. It means you should’ve prepared better.

**BB:** I know that you are very big into meditation. I learned Transcendental Meditation six years ago, and it changed my whole life. I feel like it’s helped me know myself better. Would you recommend meditation as a way to get to know yourself better?

**SM:** Meditation, of course, and all the spiritual connections. I’m talking about leaving your left-brain mind open to whatever it is you can expand and learn from.

**BB:** Shirley, you’re so amazing. I want to know every bit of advice you have about this crazy world.

**SM:** Well, now, that’s another story, isn’t it? I’m beginning to think that life itself truly is theater. I think Shakespeare might have been right, and we’re all just on the stage of our own, trying to understand what character we’re playing.

**BB:** Have you ever felt like you had to choose between making art and then the commerce of it all? Like, I did a play off-Broadway, theater’s always been my heart, and I’ve been out here in Hollywood doing TV for six years, which is so great and amazing. But sometimes I think to myself: _Wait a minute, all I ever wanted to do was_ _black-box theater, should I be doing that?_ Then I have a mortgage, and I have to feed my animals. Did you ever have a time in your career where you had to choose between making a living for your family and then what your heart wanted to do art-wise?

**SM:** No, never. I was able to do things I wanted to do while I was doing movies. Seems like I would always get on a plane after I finished a movie or a project or something. I would get on a plane and decide where I wanted to get off, and that’s what I did. I did a great deal of traveling, and I learned a lot about myself splashed up against a foreign environment.

**BB:** I know you walked the (1). I mean, first of all, you’re so brave. I would love to do something like that alone, but I’m so scared as a woman alone in the outdoors. I feel like it’s something that’s so unfair for women, but I know you accomplished it on your own. What made you decide to do it?

**SM:** You know, Beth, it’s not about being a woman and being alone on a trail. Sometimes the female knows more about how to evolve and survive than the male does. I didn’t know what I would do maybe with loneliness, and many of the people that I discovered when I would sleep in the _refugios_ were men who couldn’t take the physicality of it and also couldn’t take the loneliness. So they stayed in these places where people slept in order to just have company.

So maybe you’re too afraid of being a woman. You know what I would suggest you do? Just hearing you for a little bit, try — and you can do this on your own — try lowering your voice. In the act of lowering your voice, you’re going to activate other pieces of awareness in your system. Because you’re playing parts that usually go along with a kind of a little-girl approach, and no. You’re past that. I would do that, and I think it’s easy for you because you’re an actress.

**BB:** I would love that. Thank you. I’m already going to practice it now. You’re right, there are things out of fear that I still think of as a young girl, but maybe I do have the strength or the bravery to go do the El Camino by myself, and enjoy the loneliness.

**SM:** The fear is the opposite of … what is it the opposite of? Love, I guess. I would say love and fear are the polarities, and you just love the idea more of what it is you’re attempting to do, and you won’t even notice fear. I’ve noticed that as I’ve grown older and older.

**BB:** Really, that’s the lesson that you feel like you’ve learned as you’ve gotten older, is that love outweighs the fear of things?

**BB:** I mean, that’s a great lesson for the current political climate as well, not to begin about that.

**BB:** Do you think that’s how you’re able to be so fearless onscreen and onstage? A love-over-fear kind of thing?

**SM:** I don’t know that what I do as an actor has got anything to do with fear or fearlessness. I don’t fear what other people think. Sometimes I do a movie or a part or something, and I’m thinking about something else. Half the time I can remember wondering, _Oh my God, if we go over this weekend, this means I cannot make my plane to New Delhi, India._ Therefore, I think in many ways I didn’t dedicate myself enough. I don’t know. I haven’t even really looked at it.

I know nothing about acting. I know nothing about how to play with knowledge of a character, really. I do it all at once when I read the script. That’s when I make up my decisions. I can see the character, I know what she wears, I know how she moves, I know her body movement when she’s happy, or all of that stuff hits me immediately with the writing. That’s why everything with me depends on the script.

You know, Meryl, who I think is the best there is, she loses herself completely, I think, in a part. I don’t. I like to watch myself do it. So I’m being entertained at the same time that I’m working hard. Or I think, _Oh my God, this is more than a D movie, I better get out of this._ That happens, too. I think that’s when I think about India.

**BB:** I love that you said that, that you sometimes feel you need to take off and go explore another part of the world. I always have wanderlust after a project. It’s the first thing I want to do is be alone somewhere exotic, exploring with a book, and away from LA or New York.

**SM:** That’s true. I noticed when I did the Camino, I took a very, very small Bible, and I read the Bible every night after I’d walked 30 miles that day.

**BB:** The Bible itself is a great piece of literature. Was it something to read and to reflect on as you were doing the trail?

**SM:** Well, I knew that a lot of biblical characters had done the Camino, because they, on some level, and sometimes literally, understood that the Camino Santiago de Compostela is underneath the vibration of the Milky Way. So now we’re getting into soul science, and frequencies, and vibrations, and stuff like that, and I wanted to hear. Of course, I’m reading the English version of the Bible, and the Aramaic version is an entirely different experience. You’ve got to think about all that when you’re reading such great works.

**BB:** Right, absolutely. What an amazing thing to do after work, to give that time to yourself to get to know yourself better. Thank you so much, you are absolutely my inspiration, and I am going to try to talk in a lower voice now.

**BB:** You’re right. I have actually. I hope I get to meet you in person someday and say thank you, but I really appreciated it. It was just such an honor to even have had any sort of discussion with you. I watch you singing ” (2),” from _Postcards From the Edge_, whenever I’m sad. It’s still my favorite performance on film of all time.

**BB:** Oh my God, keeping up singing lessons while you’re out here working is so hard. I’m sure you were delighting yourself, if you were watching that, because how could you not?

**SM:** You know what I was doing? I was putting together all the years of being in a rehearsal hall, and a dance studio, working with some cruel choreographer who wanted to do it for the three hundred millionth time, and I could feel myself adding all of it up together from my past and trying to hit a home run.

_Beth Behrs is an actress best known for her role in_ 2 Broke Girls _and is also a lover of animals, theater, and writing comic books._