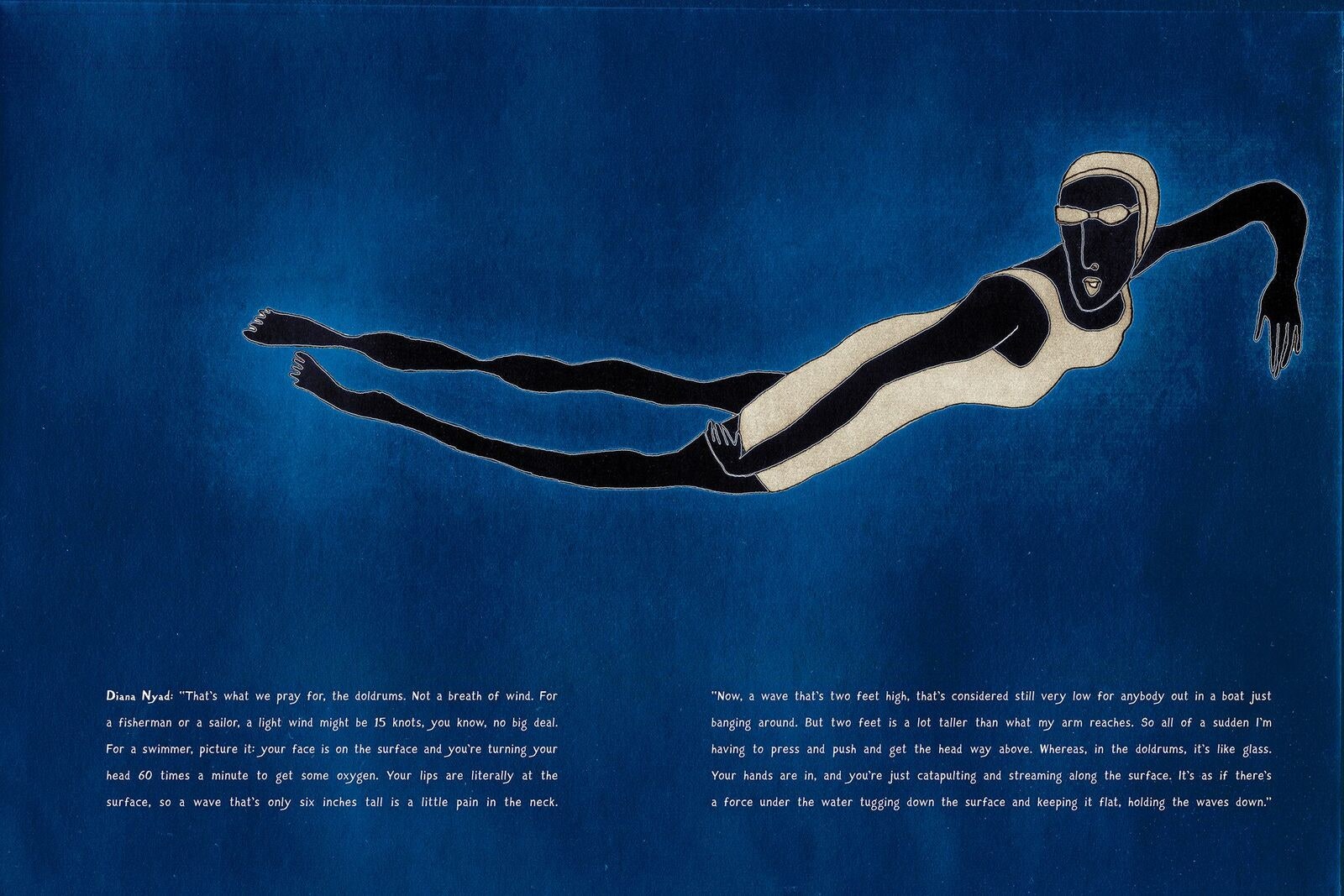 It has been said that wind can shape the personality of a place and the people who inhabit it. According to legend, the languor and sensuality of Venetians is caused by warm, southeasterly winds that sweep over their city. Some claim that the _Föhn_ wind — a dry, downslope wind notorious in Central Europe — increases rates of suicide and murder; judges have been known to consider the _Föhn_ as mitigating evidence in criminal trials. When the endurance swimmer Diana Nyad dives into the ocean off Cuba in an attempt to swim all the way to Florida, she hopes for no wind at all. Sailors call such conditions “the doldrums.”

My new book,  (1), is about weather. I wanted to capture the beauty, mystery, and terror of weather in an age of global climate change. To write the book and create its artwork, I traveled to the foggiest place on Earth, to the world’s driest desert, to the Arctic. I write about lightning-strike victims; I write about a hurricane that unburied the dead. I tell the story of a U.S. Navy cloud physicist who headed a secret military operation to use weather as a weapon of war in Vietnam. I also write about Diana Nyad — about the effect of wind on her long-distance swims. This is part of what she told me:

“That’s what we pray for, the doldrums. Not a breath of wind. In the ocean, I feel powerful. I’m so strong; I can do this epic adventure. But the truth is I’m this tiny little pebble in this big, powerful ocean. I’m realizing how deep it is and how many animals are swimming below me and what the ridges of the ocean floor are like right under me. I’m starting to think how it’s a very small planet — that these waves and this particular tidal action that I’m swimming in is being affected by what’s happening with the melting of the Antarctic polar caps. You start thinking, where are we? Where are we in the universe? Will the Earth last forever? Will the human race last forever? You start tripping out on all that when you’re out there.”

​ _Lauren Redniss is the author of three books. She has been a Guggenheim fellow, an artist-in-residence at the American Museum of Natural History, and a finalist for the National Book Award. She teaches at Parsons the New School for Design._ ​