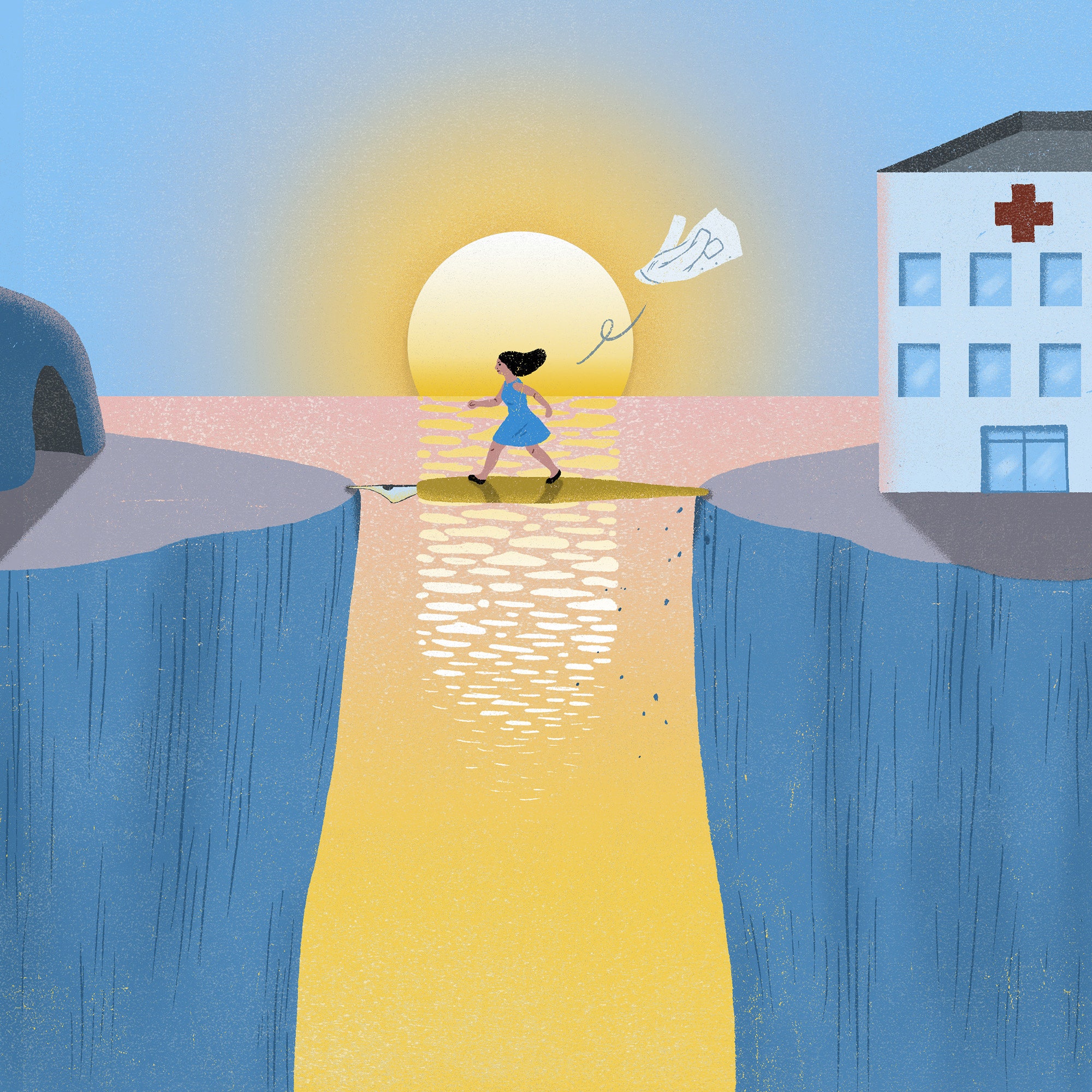 Recently, I was in a wedding party with six doctors. For a long time, I was premed myself. The six doctors are all high-achieving and busy women. We went to college together, where they knew me as a serious science major. Now they ask what is it that I do, and I am almost too sheepish to say.

The tragedy is that most of the time I don’t believe in myself. Part of me does, and that is what compels me to write. It is a compulsion, I realize, my desire to write, a feeling that this is something I have to do. But the other part of me does not deal in feelings. This is the part of me that got me through a magnet high school, an undergrad degree in chemistry, and a doctorate in epidemiology.

Usually by the time I finish the story of my education, if I even finish it, most people think I’m capable but also insane. You did your doctorate at the same time as your MFA? You wrote a novel at the same time as your thesis? I did many of these things simultaneously because the first part of me wanted to prove something to the second. Yet the second part of me wanted to make sure that should my desire to write dissolve, I could still find a job doing something else.

I grew up with a generation of women who are daughters of immigrants. In this regard, we were pushed extremely hard, as we saw ourselves as natural extensions of our non-native parents. Examples of this kind of childhood are innumerable, and I am certain readers can imagine the kind of strict upbringing I mean. But I wish to clarify that it was not always our parents pushing us. Although that was sometimes the case, we also pushed ourselves. Like anyone with goals, I was hard on myself. When I was younger, I refused to leave my desk unless I had finished the work in front of me. (Even today, I do not stop writing until I have hit my word count for the day.) Hence, it was no coincidence that from high school to college, those who were premed or pre-grad looked similar to me and had similar life stories. For years, they made up my community of friends, a community of indefatigable women with something to prove.

Then I guess I started to change. I’d thought my writing days were over after I got into a great college. But the problem with going to a great college is that you are exposed to great teachers. I took a writing class with the short-story master Amy Hempel and felt the first inkling of that feeling that led me here.

I still believe that I have something to prove, but perhaps not in the same realm as I did before. Now I want to prove my skill as a writer and also that I did not leave a highly stable career for a highly risky one. Why would anyone do that? Also, why would someone get good at something she ultimately did not want to do? Yet I recognize that proving to yourself that you are doing the right thing is usually futile. The words *prove* and *right* are simply inadequate.

After finishing my doctorate, I decided to write full time. On the book tour for my novel *Chemistry*, I met fans who saw themselves in my work and welcomed me as a friend. Quickly, I felt a responsibility to keep writing, and with side jobs that allow me to do so, I pushed ahead. But I still find myself with one foot in each door. My writing friends believe that I am living the dream, while my science friends think I’m in retirement. One of them actually said that: “Sounds like you should just move to an island.”

“Well,” I said, “there is the allegory of the cave.” In Plato’s allegory, those who leave the metaphorical cave and gain knowledge come back to free the others but instead are greeted with death threats. The lesson is one of human perception and the fear of the unknown. I was making a joke; when I write, I tend to wish I were back in that cave, with a stable Internet connection and a kitchen. After I explained that, my friend just stared at me. Usually the six doctors look confused whenever I talk about writing, so I don’t talk about it.

Truth be told, the second part of me still thinks: *What is writing compared to saving lives and that immediate sense of utility?* One doctor commended me on having left the rat race, though I could tell from her tone that she would rather be in the race than out of it. In a race, at least you are surrounded by people who know what you’re trying to achieve. Out of the race, you are adrift and alone.

Here is something I wonder. Had these women come from different circumstances and expectations, would they have gone into the fields that they did? Or would we have more writers? But then I think: *Why do we need more writers when we will always need more doctors?* Though who knows what the next generation will be like. After this generation has done their part, the next will certainly have something else to say.

Despite having one foot in each door, I have started to perceive my community of former peers from an outsider’s perspective, and likewise for them. I no longer get all their inside jokes, and much of their jargon breezes past me. “Oh, Weike,” they say, as to them I have become a delicate artist, while to my artist friends I am still too pragmatic. Ironically, one of the reasons I wanted to write was to give voice to women in roles that are not often written about. My current fear is that the longer I choose to write, which I hope will be for a long time, the farther I will get from my first community. But this is just one part of me talking. The other part of me believes that what I am doing can still help the community I grew from and bridge it with the one I have found.