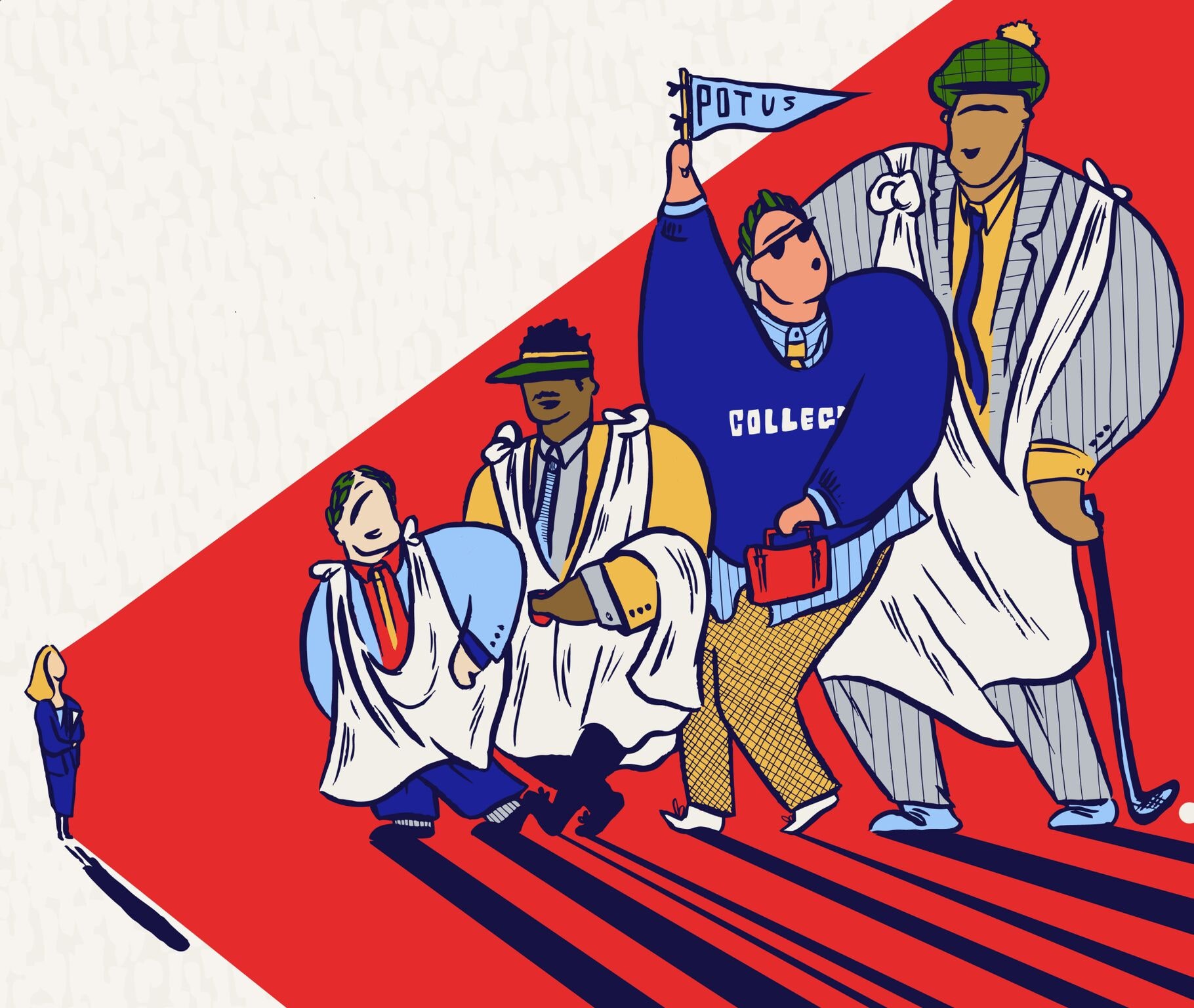 When I started my job at the White House, I was often told by outsiders that I did not have a job at the White House. The year was 2009, I was 33 years old, and after working for then-senator Barack Obama for four years, I had become an assistant to the president and director of scheduling and advance. I was nervous, of course — when I started, I had no idea who I was supposed to be as an executive-office employee. Occasionally I had no idea what to do, either. But I never had doubts about whether POTUS thought I was capable.

Reporters, though, seemed to have doubts about whether President Obama thought women in general were capable. In the first few months of the administration, rumors spread: that the West Wing was a “frat house,” that Obama surrounded himself with a rowdy boys’ club made up of beer-drinking golf buddies who prevented women from being visible or influential in the government.

President Obama did it in good faith — he really didn’t want us to feel uncomfortable or pushed aside. But the meeting was incredibly awkward. No one wants to feel like she’s being babied, especially by the president. Those accusations of sexism were not the first time I’d thought about sexism at work, of course, but they were the first time working for POTUS that I had reason to wonder if the fact that I was a woman affected my standing with him.

Politics has a reputation for being hierarchical, patriarchal, and elitist for good reason: It’s hierarchical, patriarchal, and elitist. But it isn’t always. I ended up working for Obama for nine years in total, eventually getting promoted to deputy chief of staff for operations when Jim Messina, the man previously in the position, left to run the 2012 campaign. What I learned over those years is that bad things can happen to you at work for any number of reasons, and sexism is only one of them. Here’s how I navigated that minefield.

**1. Don’t ignore sexism, but don’t look for it, either.** The beginning of the Obama administration was especially male because our number-one priority was addressing the economic recession, and most economists are men. Though I now try my hardest to avoid anything to do with calculations, at the time I often sat in on meetings in order to get a sense of how I should arrange the schedule so POTUS could best address the crisis. I frequently felt like I didn’t fit in. For a while I thought that was because I was a five-foot-two woman who often wore a shirt with little hearts all over it. But then I realized it wasn’t because I was a woman at all — it was because I wasn’t an economist.

Other times, it was harder to figure out why my ideas weren’t being taken seriously. Throughout my time in the White House, I had to go through a senior State Department official to get large expenses for the president’s foreign trips approved. Every time we wanted to arrange something beyond your standard palace meet-and-greet or state dinner, this person would hem and haw over my budget, even though I’d planned many complicated trips before. “Now, Aaaaaahlyssssssa,” he’d begin, “That’s a LOT of money. Have you REALLY thought about how your BOSS would look if the cost were leaked to the _Washington Post_?”

For a while, I thought the official was being so smarmy because I was a woman. But then I looked at how he treated my male colleagues who were peers. The senior official was just as disdainful of the guys as the girls — because we were young. Unfortunately, there’s not much of a happy ending here. It took five years before he trusted me, and then I left the White House.

**2. Don’t give the assholes any ammo.** When someone is dismissive of your contributions at work, your best defense is a good offense. Come prepared for every meeting. Take notes. Be aware that you might have to repeat yourself or speak up to get your point across. Because I knew that State Department guy would question my budgets, I would always come back with concrete reasoning for my decisions. Our traveling expenses were almost always related to alleviating the pressure of Obama’s popularity abroad: booking bigger and better venues kept more people from lining the streets and blocking our huge motorcade. I would eventually get my budgets approved, despite the regular annoyance.

**3. Never do something at work that makes you feel uncomfortable just to fit in with the guys.** Like many men in power, Barack Obama sometimes enjoyed unwinding with a game of golf or basketball. Because he would usually ask his male friends — who, because we all worked all the time, were also his colleagues — to accompany him on these sporty outings, people thought he was giving the bros more opportunities to get ahead in the White House. He wasn’t — unlike certain other presidents, Obama never did work on the golf course. (And his golf trips weren’t taxpayer-funded!)

While spending quality time with your manager sounds like a great opportunity to get to know him or her, and thus win some favors, I never felt upset about POTUS’s golf outings. For one thing, I would never play golf. Faking it until you make it is helpful in most professional situations, but showing up on the green in a spanking-new golf skirt you had shipped overnight and then asking the guys to show you how to hold a putter is not going to win you any points, or be very fun for you. By the same token, I like to get mani-pedis with my girlfriends, but I would never, ever want to get a mani-pedi with President Barack Obama.

For another thing, POTUS was a good boss, and a good boss offers his or her employees equal opportunities to build a relationship. Though I never rode in a golf cart with him, I frequently traveled with POTUS, and we would have dinner and talk on Air Force 1 and Marine 1. Except for the whole “finding true love” thing, working for President Obama was kind of like being on _The Bachelor_: there were group dates and one-on-one time. He also gave me jewelry for my birthday once.

(If you assess the situation and realize you have a bad boss who excludes you from their inner circle based on gender or anything else, be aware of that. Decide if you think he or she is bad enough that you want to start looking for opportunities elsewhere.)

**4. Finally, if another woman is experiencing legitimate sexism or any kind of unfair treatment, support her.** Women are stronger in numbers. In the White House, we came up with a system for meetings: If a woman had a good idea and we wanted to make sure she got credit for it, we made sure to repeat her statement and attribute it to her. Sometimes it can be intimidating to speak up and easier to hang back, but there’s no other way to stand out at work. Don’t let sexism — either the possibility or the reality of it — psyche you out.

_Alyssa Mastromonaco is the former deputy chief of staff for President Barack Obama and the current president of global communications for strategy and talent at A+E Networks. Her memoir,_ Who Thought This Was a Good Idea?, _is out this week from Twelve._