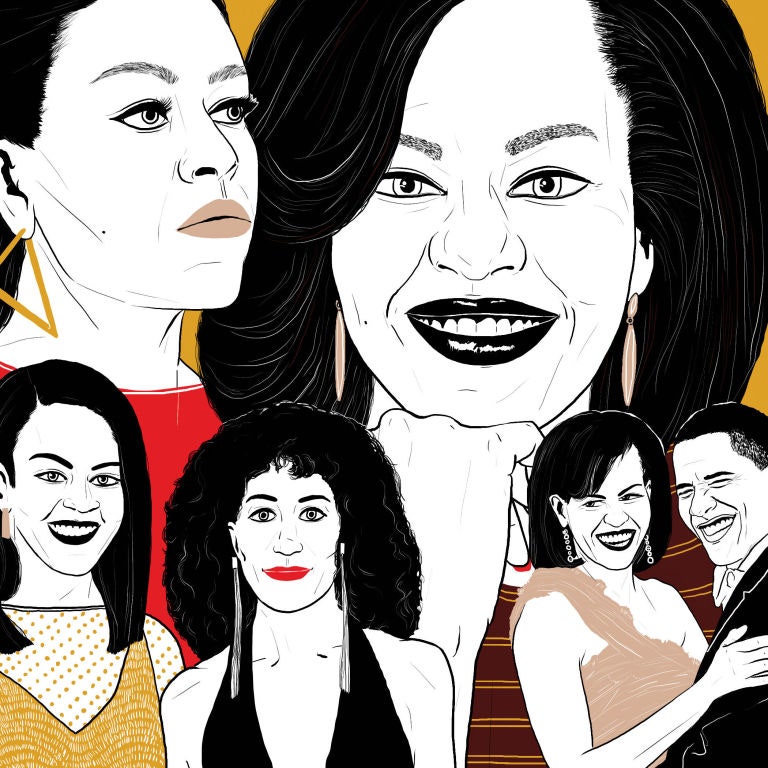 I have been to the White House many times. I was there with Jimmy Carter, as a child — I have a signed picture of him from the visit. I was there again with George W. Bush, when my mother, Diana Ross, received the Kennedy Center Honors. The house felt entirely different after the Obamas moved in. They had clearly decided to make the White House feel like our house, or perhaps the decision was made simply by having them there. They passed the torch back to the American people, as if to tell us that this is our country and that we do have the power. They took their power and used it to empower others.

I first visited the Obama White House in 2011 for one of Michelle Obama’s mentoring events timed to Women’s History Month. There’s a photograph of the two of us from that day. We’re in profile, and we are talking with our hands. Her hand is down and my hand is up, and it looks like there’s a bird between us. When I think back to that photo, it’s clear to me that we were just beginning a conversation about being proud, powerful black women in this country, which continues to this day and stays alive whether we see each other or not.

To be in partnership with your husband and to also have your own life is not original, at least not in real life. Having that combination embodied in a figure as archetypal as the First Lady has had a huge impact on our culture. She didn’t shy away from being a loving wife. She didn’t shy away from the importance of fashion to her role. But at the same time she was robustly herself.

Our show *Black-ish* is a family comedy, and what we’re playing is an American family. We don’t happen to be black. We are black. Mrs. Obama made room for my character, Rainbow Johnson. She validated a Rainbow Johnson for people who had never met a black woman with the revolutionary experience of being joyful. A black woman who is not only surviving but thriving. A black woman who is actually in love with her husband — not an image we usually see in American pop culture. A black woman who can be goofy and sexy, who can be smart and empowered and soft and lovable and vulnerable. Eight years of watching Michelle Obama as a person, not just relegated to doing “woman things,” provided an antidote to all the false representations of black women that have inundated us for centuries — images that don’t represent the reality, or the humanity, of who we are as black people. Of who we are as people. And then to have her name prefaced by two things that are rarely associated with black women — “First” and “Lady” — well, it shattered everything.

Part of what Mrs. Obama has encouraged in me is the strength within myself to be myself. It’s not the White House that made her who she is. She is who she is, and it’s something we were reminded of time and again during her final year there. She said in her speech at the 2016 Democratic National Convention, “I wake up every morning in a house built by slaves.” She didn’t deny the history of this country. Instead she acknowledged it, as if to emphasize how far we’ve come and how important it is for us to keep moving forward. In another speech, following the release of footage that captured Donald Trump talking about grabbing “pussy,” she stood at the podium and said, with tears in her eyes, “I can’t believe that I’m saying that a candidate for president of the United States has bragged about sexually assaulting women.” She named what so many people would not name, what so many other women were shamed out of naming. To have the First Lady of the United States stand up and name what was happening for all of us put the shame back where it belonged.

Somehow, I think we saw her become more herself during her eight years in the White House. The more the wind whipped around her, the sturdier she became. The larger her platform, the deeper her roots stretched and the longer her branches reached. It wasn’t exactly a blossoming, but a ripening.