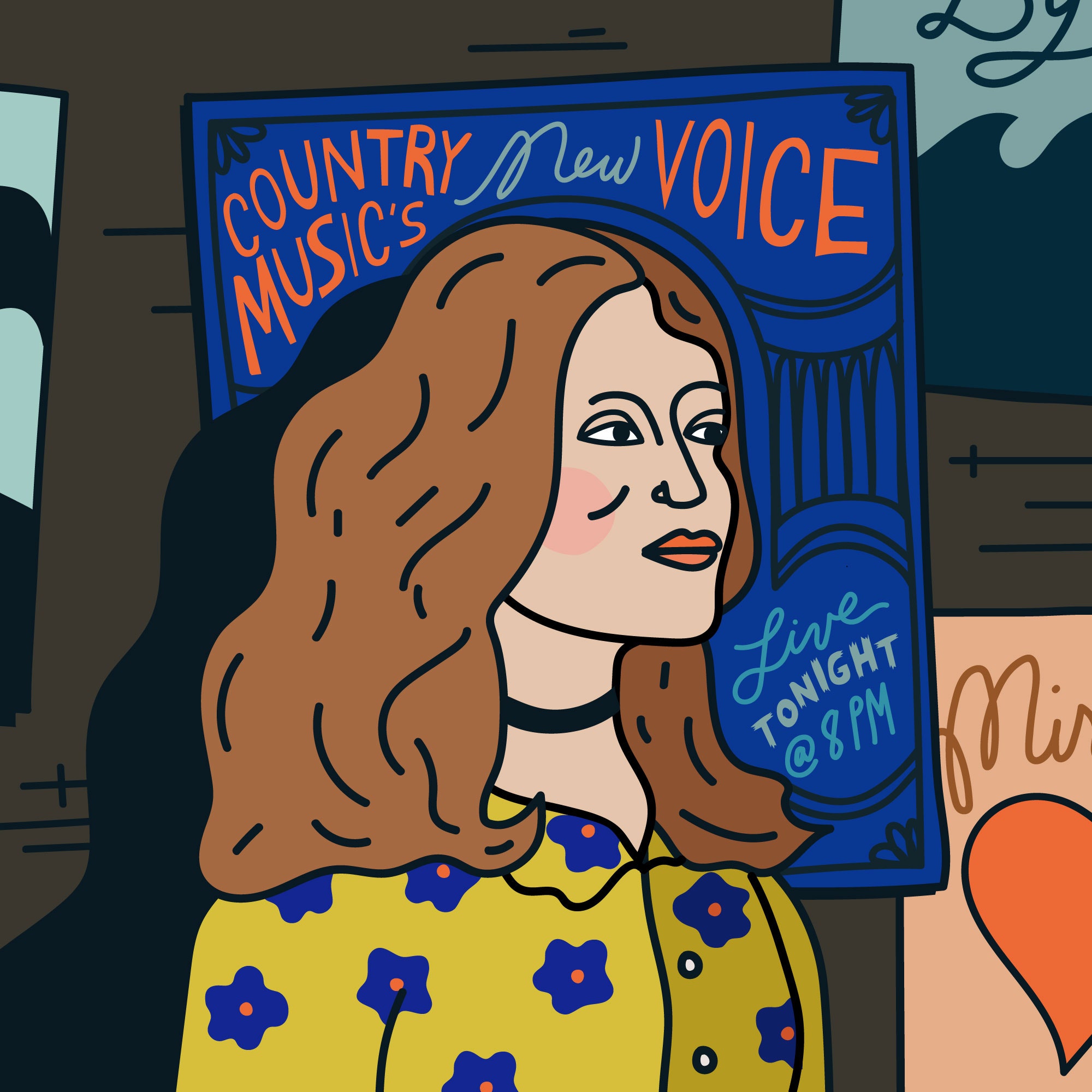 “Three chords and the truth” is the resounding motto for lovers of country music. Whether you write it, play it, or just sing along, our genre has always stemmed from artfully expanding on real-life situations; telling it like it is. In our current 140-character culture, a lyrical slap in the face seems to be more refreshing and necessary than ever.

This past year was one of the most exhilarating and surprising of my life. My debut album went number one, I won my first Country Music Award, I played *SNL*, and I won a Grammy (OK, I’ll stop sounding like a braggy douche now), all while being in a landscape where the girls in my format were referred to as “the tomatoes of a salad,” meaning just an “accessory” and “don’t overdo it by playing too many of them at your station.” In 2017. Hard to believe, right?

As with the best sweets, there’s a dash of sour to make it interesting. Through every amazing experience I’ve encountered, the question I’ve had a hard time answering is: How do I hold on to those honest roots of country truth-telling while also asserting new ideas and words that may thematically and sonically veer off the ever-so-trodden path? Like most humans, I don’t listen to one type of music, and I don’t write about one type of feeling.

I write about sex and the self-inflicting pain of being the asshole at the end of a long relationship, being young and drunk with your girlfriends, or just having a meaningless but fun (and sometimes necessary) fling. Things that don’t always make me look like a puritan saint, but they’re unflinchingly honest, and I couldn’t write it down on paper or sing it unless I went through it personally.

Life. Life is what I write about at the end of it all. The frustration I’ve had with the perspective of women in country music (who, until recently, were severely lacking in numbers) is that you either have to sing about being scorned by a lover or sing about thinking a boy is cute and wanting him to notice you. That’s about as edgy as you can get. On top having to make songs that are down the middle and noncontroversial, there are the aesthetic pressures for a woman to be pretty and sexy but not sexual or have desires beyond winning a guy’s affections.

> The frustration I’ve had with the perspective of women in country
> music is that you either have to sing about being scorned by a lover
> or sing about thinking a boy is cute and wanting him to notice you.
> That’s about as edgy as you can get.

Don’t be mistaken, I really do love where I am 99 percent of the time, but the other percent is me hitting a wall in certain interviews where the interviewer just wants to talk about some outfit I wore or my haircut. Or trying to take seriously the guy who drunkenly slurs to me at my meet and greet, “Listen, Maren. Girls can’t successfully release ballads to country radio,” while I resist suggesting he take a breath mint. I’m totally willing and able to handle all of it for the most part, but the rest of the time I think to myself, *Does this happen to my male peers?* Perhaps it does, but it makes you wonder.

When I found out I had the most nominations of my entire genre at the 2017 Grammy Awards, I couldn’t help but burst into tears of joy. No one was more shocked than I was, because my album, *Hero*, was a debut album, and it has a lot of different genre influences represented on it: country, pop, even notes of R&B.

As a new artist and as a female, it felt like a gigantic stomp in the pavement. Things were starting to change for the better, not just for female artists, but for all artists who care about being themselves even if it means sounding different from the commercial status quo. I felt the embrace and support from my fellow country artists, colleagues, and even the upper echelon of label heads and radio program directors. I was validated in that moment, and I will never forget it.

I’m about to start writing for my sophomore album, which is exciting and extremely daunting because there’s the looming aspect of the proverbial “sophomore slump.” How can I build off the success of my last album but also reinvent my sound enough to keep myself intrigued creatively, along with keeping my fans, and, well, reinvigorating my genre? I’ve grown into the woman I am even more after stacking a decade’s worth of bucket-list moments into one year. From a number one album and a sold-out tour to watching my first two singles die in the top ten, those experiences will all come out in the wash. I know that whatever songs do fall out in the writing room (and I just hope they’re fucking good), they will be the purest reflection of myself. A banjo or fiddle doesn’t make a country song, it’s the core-cutting truth that does, and I intend to explore it one day or beer at a time.

I love country music. In fact, we’ve had an ongoing relationship for quite some time. We can piss each other off because we make each other really look in the mirror and hold us accountable, and it’s because we care. There will be distance, divide, love, and harmony (sometimes exclusively and sometimes all at the same time), but as long as there’s respect and we allow each other to continue growing, we can move into the future in a really inspiring way. Truthfully, three chords and more.