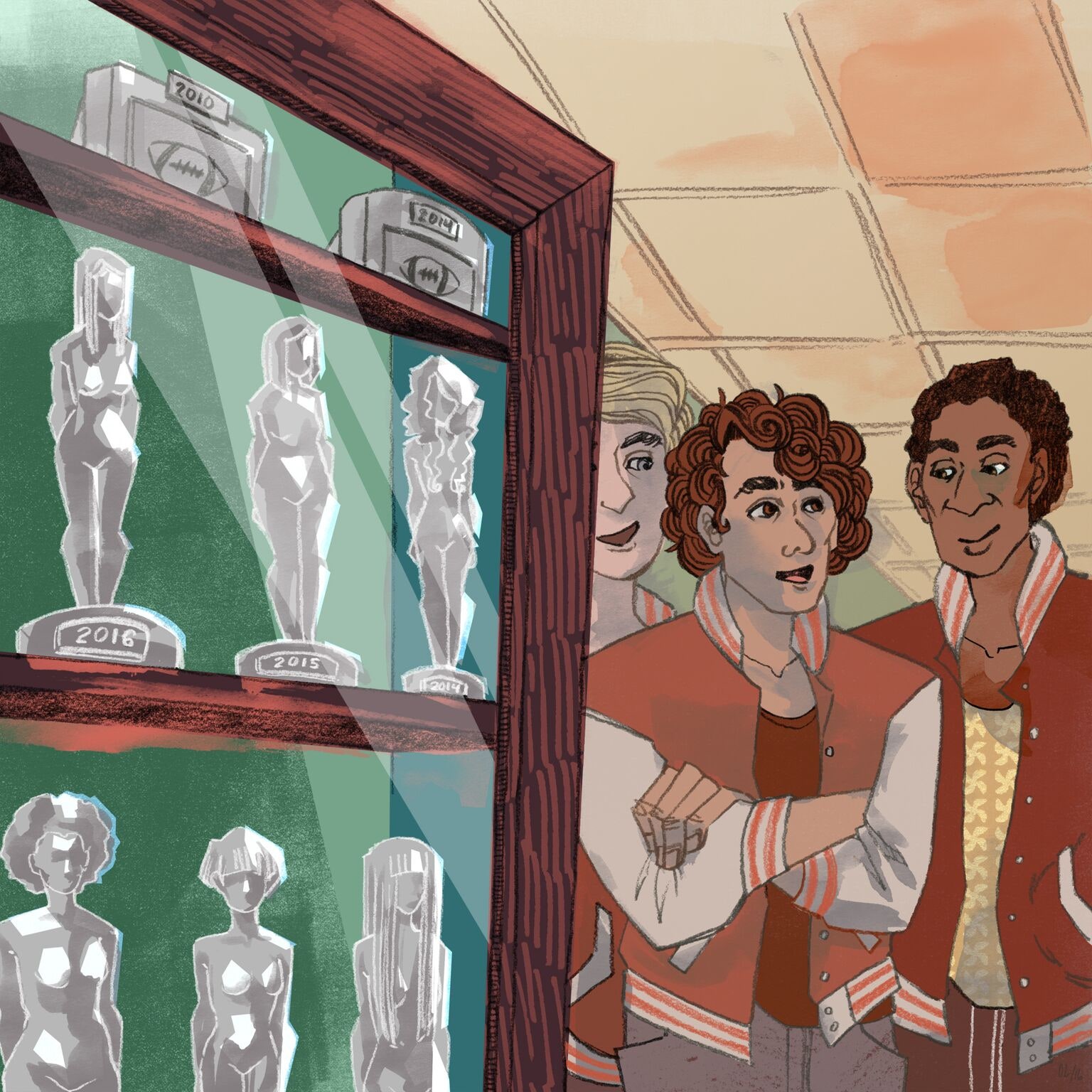 Austin-based reporter Jessica Luther was raised a Florida State University football fan. Her parents were alumni, and as an undergraduate there she faithfully supported her team. When rape allegations were made against FSU’s star quarterback Jameis Winston in late 2013, Luther’s love of her team ran into her responsibilities (1) who covered sports and culture. She dove in, tracking every rape case or allegation connected with football players. She was particularly interested in the cases against college football players that were being largely ignored by the national media, all at a moment when campus sexual assault was being talked about more than ever.

The book she wrote after that exploration, (2), published September 6, rationally explores the “playbook” that college football powers rely on when these incidents occur — “plays” like “Nothing to See Here,” “The Shrug,” and “Moving On” — and how the culture of college football is a microcosm of toxic masculinity and rape culture. Even as a journalist who covers sports and gender myself, I felt near constant shock reading Luther’s descriptions of this systemic problem.

Since she finished writing the book, Luther has been continuing on the same beat, covering stories like (3), the sexual assault (4), and the fallout from the Duke-lacrosse false accusation case. She has also started work on her next book, cowritten with ESPNw’s Kavitha Davidson, _How to Love Sports When They Don’t Love You Back._ I called Luther at home in August to discuss the intersection of college football and sexual assault, and whether any hope for change is on the horizon.

**Maggie Mertens:** In the book you describe the connection between football and masculinity as one of the roots of off-the-field violence perpetrated by some college football players. Could you explain how masculinity and football have become so intertwined, and how that plays into sexual violence?

**Jessica Luther:** There are ways that the language of sports makes women inferior. There’s a reason that we have the phrase “You throw like a girl” as an insult. You get called a “pussy” if you’re not doing well. There’s always been an implication that to be good at sports, you have to be manly. Football is one of the most brutal sports that we have. So they’re doing a thing that we code as masculine. And there are almost no women who participate in any part of the football process.

That all matters, because one of the things about sexual violence is — I feel like I always have to preface this with: I’m not a psychologist — it’s a dehumanization of the person who is being violated. They’re not seen as a fully human person. That’s why you can do violence to them.

**MM:** One thing I found so bizarre were these (5), where universities will set up the football recruits with the most attractive young women on campus as a way to sway them to choose their school.

**JL:** So you’re trying to recruit seventeen- and eighteen-year-old guys to come to your school. No one can pay anybody, which is the normal way in our capitalist society that we convince someone to come work for us. So in order to lure them to campus, there’s a handful of things that you do. You hire the best coaches, you tell them you can help them make it to the NFL, you give them ridiculous facilities.

The other thing they do is they position them as big men on campus and tell them, sometimes explicitly but often implicitly, that access to women is one of the things they’ll get when they come to campus. Coaches will do things like have someone Photoshop a picture of the guy they’re trying to recruit on a magazine cover walking hand-in-hand with Beyoncé, or some other famous woman. And these hostess programs are definitely being used still, though there are kind of rules about it now.

The implication of all of this is one of your rewards is access to women. I’m not surprised, then, when it manifests in violence off the field against women.

**MM:** It feels like we’re seeing more reporting on football players involved in these violent cases. Are we at a point when toxic masculinity and football are becoming more intertwined, or do we finally have the chance to break them down?

**JL:** We’re having a real robust conversation about all of this finally, and I credit a lot of it to the fact that survivors are getting to be a part of it in a lot of ways that they probably weren’t able to in the past. We have new mechanisms that allow survivors to tell their stories unmediated, through social media and blogging and YouTube. We’re also having a very big cultural conversation. We’re talking about Bill Cosby and Nate Parker and the Stanford swimmer and campus sexual assault, and sexual harassment at Fox News.

**MM:** You write about how we tend to hear about cases of rape and assault as they relate to football players — many of whom are young black men — but we hardly ever see those in charge, the coaches, the college administrators, the NCAA officials — who are often older, white men — held accountable. Why is that?

**JL:** Most of this is held in place by money. You can’t talk about college football without talking about money, because there’s so much of it.

And any time that we can position the black man as the person perpetrating a crime, we feel more comfortable talking about that as an individual case. On the flip side, we often get really obsessed with whether these usually anonymous women who report are lying. It’s easy to redirect to either of those narratives.

And the system is all so tied together. The university administrator defers to the coach, the local police department often has connections to the athletic department, they care about the team, they work for the team, they’re boosters, they’re alumni. So they are invested in keeping these players on the field too. There’s nowhere to go from there.

**MM:** I was shocked when I read about the coach from Vanderbilt, James Franklin (6); two have been found guilty], who was then hired by Penn State. Jerry Sandusky’s Penn State! That just shows how this system does not punish those in charge.

**JL:** Yeah, I remember when I heard that James Franklin was on the short list to get hired at Penn State, I was very surprised — that’s probably the nicest way I can say it — that a coach who had five players arrested, four who were involved, the fifth one was an accomplice and pled guilty to helping after the fact, is the guy you’re bringing in to Penn State to replace the guy who replaced Paterno. Like, what do you have to do to not get hired?

**MM:** So what does change look like? Can we divorce football from violent crimes?

**JL:** I want to say yes. There are examples of football players who do the right thing and care very deeply . What would it be like if we just had teams of guys like that?

Then there’s a question of, how do you get more women in? This is not just the sports or football question. Part of that is going to be pressure from the outside. There are women who could do these jobs right now.

**MM:** One of your final paragraphs alludes to that idea that understanding the problems more, if you care about the sport, it can make your heart hurt, but I thought, _Well, that’s where change begins._

**JL:** At Baylor, all (7) was good. Then early this year, a survivor came forward, and she wrote a blog post that went viral. That led other survivors to come forward. ESPN continued to do their reporting.

And then there were thousands of alumni who signed a petition saying they want the entire outside-law-firm report. That was a big moment. So much of what happened there was from the outside, from survivors and students and the media continuing to push, and then it was alumni coming together to say, “This isn’t good enough.”

When people start to rethink their relationships to the sport — that doesn’t mean they don’t get to enjoy it or watch it — but it might start to force change.

_Maggie Mertens is a writer in Seattle. Her writing has appeared in espnW,_ (8)_, Deadspin, and_ Glamour, _among others._