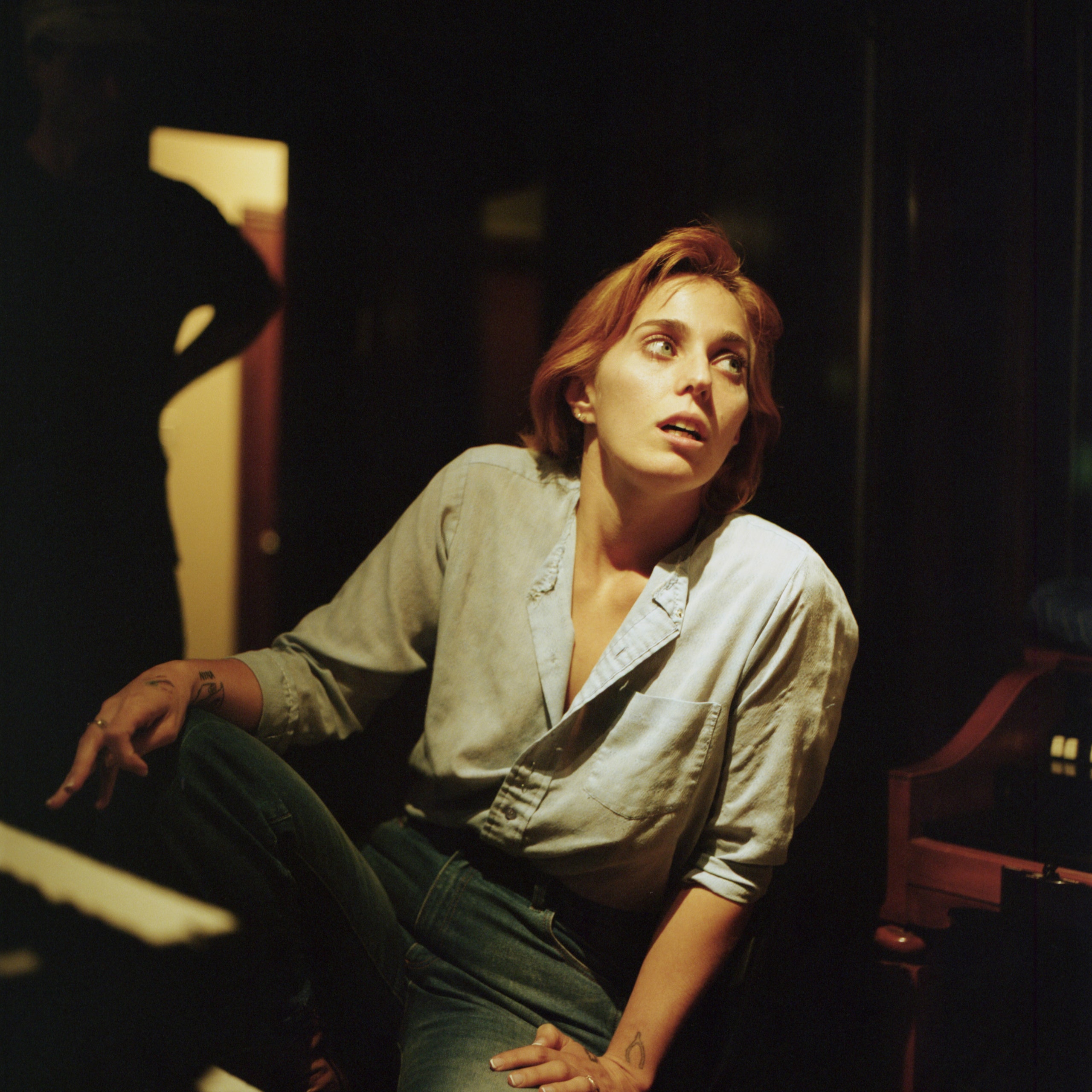 In January, Meg Remy packed a group of journalists into a van to drive around New York City and get a first listen of her one-woman band U.S. Girls’ new album, *In a Poem Unlimited*, out February 16. The unconventional listening party wasn’t Remy’s idea (her label 4AD pushed for the event), but asking those about to review your album to stand outside of macabre locations in New York, like the Upper West Side apartment where Norman Mailer stabbed his wife, the site of the Triangle Shirtwaist fire, and Trump Tower, feels in line with the 32-year-old singer’s dark universe.

Later that week, calling me from her in-laws’ home in Toronto, Remy admits that if it were possible, she’d opt out of creating behind-the-scenes material altogether. She wants the listeners to digest the work for themselves. “ Elena Ferrante says, ‘There’s no use for the author after the book is written,’” she says. “I agree with that. Unfortunately, that’s not the world we live in. We live in a content machine. You make the album and then you must explain it forever. A little bit of mystery can go a long way.”

Looking to make music of her own after a stint as a bassist and drummer, Remy established U.S. Girls in 2007, releasing her first two albums, *Gravel Days* and *Introducing…,* in 2008. Originally more of a creative umbrella for her low-fi four-track recordings, films, and video projects, there was no grand plan for U.S. Girls, other than the hope that Remy might be able to subsist on her art rather than as a house cleaner or barista (two career paths she once considered). It was a dream quickly realized through her persistent touring and a steady stream of releases, nearly one a year.

As a solo artist, Remy has created a texture-heavy musical world filled with fractured girl-group harmonies, damaged AM Gold melodies, and blasts of feedback and reverb. Even though her musical aptness has expanded to include horns and jagged guitar solos, it wouldn’t be out of place to call U.S. Girls a Lynchian endeavor. Remy is no stranger to putting the characters in her songs through hell: Half Free featured a controversially breezy spoken-word interlude about imagined incest, wherein Remy recounts a dream in which her dad sent her a digital file full of nude photos of her as a child. Remy uses In a Poem Unlimited to further explore the hardships women face in songs with stories of abuse, neglect, and struggle that sound plucked from the Time’s Up and #MeToo movements even though they were written and recorded long before those movements began.

“I’ve realized a lot from doing interviews for this album that people really want to put me in that box and connect me to that,” she says. “Which I have no problem with, because I fully support the #MeToo movement and all of these discussions happening. But this is nothing new for me.”

Eight albums and a decade deep, her unrepentantly feminist catalog is proof. On her 2013 rattle-and-hum-filled single “28 Days,” she fights the stigma attached to menstruation, celebrating periods and the power that comes with understanding how your body works. She’s also covered Brandy-and-Monica duet “The Boy Is Mine,” transforming the pop classic into a nightmarish meditation on overly possessive relationships. Even ghosting gets play on the reggae-inspired “Window Shades,” the emotional pain presented as a physical hurt.

But Remy’s outspoken discography isn’t about believing she can speak for every woman (“I think we can relate on many fronts,” she says, “but it’s tricky to make blanket statements”). Yet many tracks on *In a Poem Unlimited* speak to the universal experience of being a woman moving through a male-dominated world where the cards are stacked. On “Velvet 4 Sale,” against a bass line reminiscent of 1970s cop films, she imagines taking up arms against domestic abusers. The dirty disco beat and feather-weight synths of “Rosebud” serve as an opportunity for her to wonder if she really wants to know her lover’s true nature. (“It’ll hurt, I promise you,” the chorus warns.)

The album’s narrative slant feels so au courant that Remy laughs knowingly when I tell her that I’ve got the words “Me Too” scribbled next to the title of her single “Pearly Gates,” a song that features a recently deceased woman attempting to seduce her way into the afterlife, only to be sexually abused by Peter, the saint who traditionally holds the keys to heaven. She assures me I’m not wrong — there are elements of the complex conversations we’re all having embedded in the song. It was inspired by a story she was told about a Toronto show promoter coercing a partner into unprotected sex with the promise that he’s “really good at pulling out.” (“Seemed to be the safe bet, so I closed my eyes,” she sings, forebodingly, “and I opened my gates wide, and St. Peter came inside.”)

“We need a little bit of humor to unpack this shit,” she says of the eyebrow-raising wordplay. “It got me thinking about this idea of safe sex. It means something different to everyone. The character in the song wants something from the sex. I’m going to have sex with Saint Peter so I can get into heaven … It’s not a clear-cut thing. It’s very muddy.”

If there’s one thing fans can take away from U.S. Girls, it’s that life is complicated. Remy never claims to have the answers, but the music she creates is a direct echo of the conversations she has with her friends, the media she consumes, and the existence she leads as a woman.

“When you’ve spent your life being told to shut up and be quiet and internalize this shit, there comes a point when you’re like, ‘No!’” she says. “I don’t care if I’m playing to five people in Jackson, Mississippi, in some roadside bar; I don’t care. At least I’m saying it out loud in a public setting. I’m breaking that rule that says I have to be quiet about this stuff.”