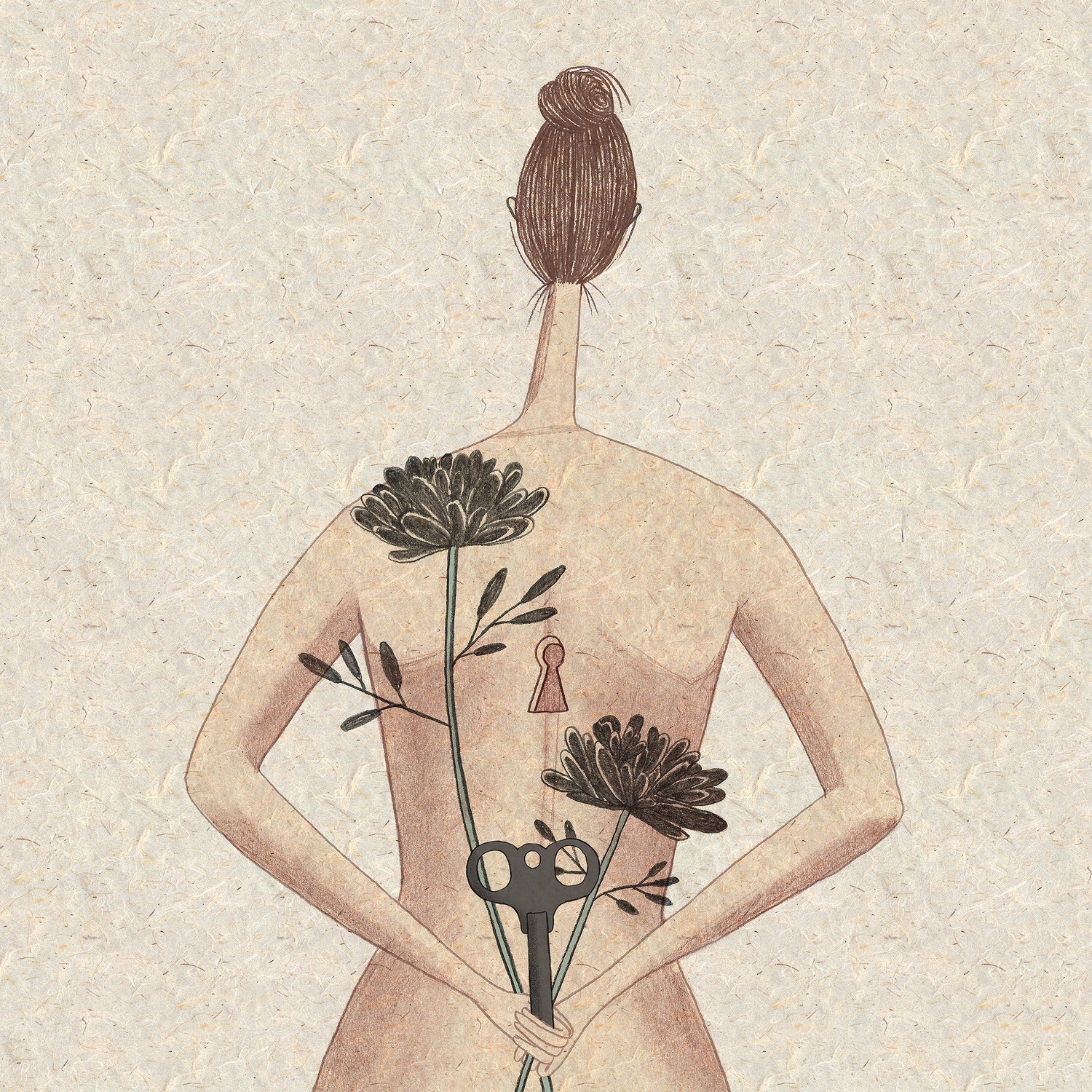 The first person to tell me I was gang-raped was a therapist, seven years after the fact. The second was my literary agent, five years later, only she wasn’t talking about me. She was talking about Ani, the protagonist of my novel, (1), which is a work of fiction. What I’ve kept to myself, up until today, is that its inspiration is not.

Since the book was published last May, my list of unsuspecting supporters has expanded. The list includes critics and editors, publicists and Hollywood executives. It might even include you, if you are one of the thousands of readers who reviewed the book on Amazon and Goodreads, or who reached out to me on Facebook, Twitter, and Instagram. You probably didn’t realize you had acknowledged what happened to me when you acknowledged what happened to Ani, partially because I’ve never publicly discussed that flashpoint in my life and partially because *Luckiest Girl Alive* is not a memoir or even a roman à clef.

Or maybe it’s because I have been so adamant about the fact that I am not Ani FaNelli, despite a few toothless parallels to my own life: Ani is 28 in the book; I was 28 when I wrote the book. Like Ani, I grew up in the suburbs and attended a tiny private high school where, surrounded by old-money Ivy League strivers, I was a bit of an outlier. In adulthood, Ani writes about sex for *The Women’s Magazine*; I was an editor at *Cosmopolitan* for the first five years of my career. (Also, it’s a reference to *Bright Lights, Big City*, which is one of my favorite books.)

Still, it is as though people sense a deep connection between Ani and me, especially those who ask about my dedication, which reads:

To all the TifAni FaNellis of the world, I know.

I’ve spent the past year throwing bum grenades like that and running for cover. I dodge left by pointing to all the ways in which my fictional protagonist and I differ. Ani’s heritage is Italian, mine is German. Ani is planning a wedding in Nantucket, I got married in New Jersey (which, if you’ve read the book, you know would not have flown with Ani). I’ve been running and I’ve been ducking and I’ve been dodging because I’m scared. I’m scared people won’t call what happened to me rape because for a long time, no one did. But as I gear up for my paperback tour, and as I brace myself for the women who ask me, in nervous, brave tones, what I meant by my dedication, *What do I know?*, I’ve come to a simple, powerful revelation: everyone is calling it rape now. There’s no reason to cover my head. There’s no reason I shouldn’t say what I know.

I know that before I was old enough to drive, I liked A Boy. I know that I went to a party at which the ratio of guys to girls was not in my favor, where I drank, flirted with A Boy, was dazzled by A Boy, drank some more, and slipped away from the waking world. I know I came to on the floor of a bedroom, A Different Boy’s head between my legs. I remember A Different Boy from a flare of coherence earlier, trying to help me walk when my anesthetized legs failed me.

I know that the pain is what woke me next. That I was moaning Ow, over and over, before even opening my eyes. This time A Boy was there, his shoulders rising and falling above me in an excruciating rhythm. I went under again, coming to on my knees in the bathroom, staring into a toilet full of blood. I know I was too young to understand. I thought I must have cut myself.

I know that next, I tasted something disgusting, and that months later, on a morning when I could no longer face my sniggering peers, I skipped the first few periods of the day. I wandered around town, idling before a Chinese restaurant that had just set out fresh trays of food. I piled vegetable lo mein onto a plate even though it was 10 a.m. and I wasn’t hungry. Like Ani, I figured out food sometimes has to substitute for compassion.

I know I bit into what must have been a pocket of pure MSG. It burst in my mouth, salty and foul. I froze, a stitch of memory opening, realizing that was the only way to describe what I tasted that night.

In the morning, I know I woke facing a bare back. There was a nauseating moment where I had no idea where I was and whom I was with, but that if it had to be anyone, at least let it be A Boy. Please let it be A Boy. Then he turned over. He wasn’t A Boy. He was Another Boy, A Third Boy, one I didn’t like or find the least bit attractive. He laughed about how hungover he was, how crazy the party had been, how the reason I couldn’t find my underwear was because it was downstairs. I had cut my hand on a broken bottle, evidently, and I’d left a murderous smear of blood on the wall as I stumbled around in front of everyone wearing nothing from the waist down — because I’m a party animal like that. I know I laughed, because laughing was easier than tending to my heart, which felt like a hot coal in my chest, on fire with shame.

I know I visited a clinic to get the morning-after pill. I know I was 15 years old and aching for guidance and protection, for someone to release the mute button on my voice. The doctor, a woman, listened to me describe the events of the evening, 65 hours prior — just made it! — and I know that when I asked if what had happened to me was rape she told me she wasn’t qualified to answer that question.

I know my classmates called me a slut. (Plus a teacher, a cruel wisp of a woman, whom I have just described using the appositive in a nod to how she chose to explain the grammatical tool to the class: “For example, ‘Jessica, a cheap mallrat.'”) No one called it rape. Well, not no one. I would be remiss if I didn’t mention the two boys who came close, who had left the party early that night. One put his head in his hands when he found out what happened and said he should have stayed. If he had stayed, he wouldn’t have let this happen to me. The other told me that there are some things in life I should never be expected to forgive. One of those boys died before we graduated high school and the other before I graduated college, and I must acknowledge that they were the only ones to comfort me when it wasn’t the cool thing to do. I must acknowledge their fine memories, which they deserve.

> No one called it rape.

I called it rape, once. In a drunken confrontation with A Boy. The next day, terrified the herd might come after me even hungrier (*trash slut* had appeared on the inside of my locker just days before), I called A Boy and apologized. I apologized to my rapist for calling him a rapist. What a thing to live with.

From then on, I submitted to my assigned narrative. What was the point in raising my voice when all it got me was my own lonely echo? Like Ani, the only way I knew to survive was to laugh loudly at my rapists’ jokes, speak softly to the mean girls, and focus on chiseling my tunnel out of there. I know that once I was free, I became obsessed with reinventing myself. Not because I didn’t want anyone from my past to find me, just the opposite, in fact. I was sure that with the right wardrobe, a glamorous job, and a ring on my finger before the age of 28, I could transcend my reputation. That if everyone from my past could see me so put together, so accomplished in New York City, so *settled down*, my voice would finally be worth hearing.

I know that I am very, very angry. I learned in therapy that anger is easier to feel, that when it’s present, it is near impossible to experience other, more anguishing emotions. My anger is carbon monoxide, binding to pain, humiliation, and hurt, rendering them powerless. You would never know when you met me how angry I am. Like Ani, I sometimes feel like a wind-up doll. Turn my key and I will tell you what you want to hear. I will smile on cue. My anger is odorless, colorless, and tasteless. It’s completely toxic.

I know that I made the mistake of thinking that living well is the best revenge. That I figured out, eventually, that the appearance of living well is not the same thing as actually living well. And even if it were, revenge does not beget healing. Healing will come when I snuff out the shame, when I rip the shroud off the truth. If I were a victim of the other horrific crime in my book, I would talk about it openly. I wouldn’t pretend like it hadn’t happened to me, like I don’t still hurt about it, like I don’t still cry about it. Why should this be any different?

I’m trying, but I’m rusty at speaking the truth. The day I pitched this essay, a woman approached me at a book event in New Jersey. “You said you did some research for your book,” she said. “Did you interview a rape victim?”

I told her I had researched the other major event in my book.

“So how did you—” she stopped. “I mean, it was just so real. What you said about not screaming until it was over? Until you knew you were safe?” I started to internally chant *Oh fuck, oh fuck, oh fuck* at the same time tears sprang to her eyes. I’m also rusty with compassion. I’ve been conditioned to prefer an economy-sized bag of chocolate-covered pretzels to that. “Because that almost happened to me,” she said.

Fuck it. “Something similar to what happened to Ani happened to me,” I responded for the first time ever, and she grabbed my wrist and held it tight, blinking tears, while I smiled brightly, insisting in a foreign falsetto, “I’m fine! It’s fine!”

I’m not fine. It’s not fine. But it’s finally the truth, it’s what I know, and that’s a start.

*Jessica Knoll is the* New York Times *best-selling author of* (1).​