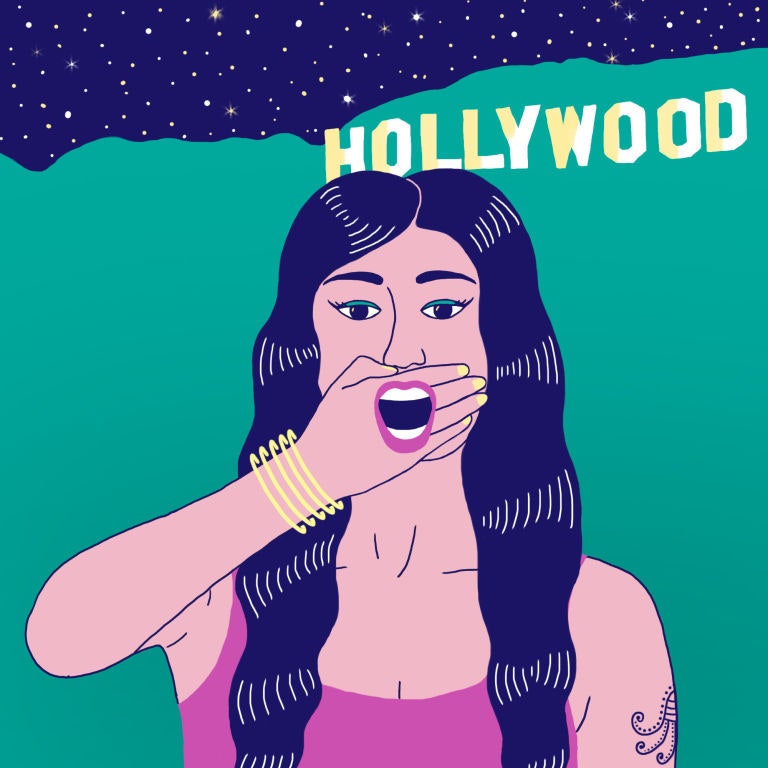 The experience affected me and my career in all sorts of ways, but I’ve never written about it until now. I had my reasons. For one thing, it felt like an admission of failure. Successful women don’t complain; they kick ass! Also, complaining about sexism makes you sound like the kind of easily triggered killjoy snowflake who complains about sexism. And who wants to hire her? Then there was the good old female self-doubt. Maybe my jokes just sucked. Maybe I wasn’t as naturally talented as the guy who kept doing room bits about the Clapper, which is why I got canned and he lives in a house with a shower that takes up an entire floor.

Time passed. Funny women started revolutionizing the TV business. The more I saw women succeed, the more irrelevant my tale of sexist injustice seemed. *Well, good*, I thought. *That story I never wrote about how sexism made me doubt myself? I was right to doubt.* Besides, I was already more privileged than 99.9999 percent of the planet. I didn’t want to seem like a dick.

Then something happened that changed my mind. I had drinks with a group of friends — all younger female writers. We started talking about work. And guess what? It turned out that every single one of them had dealt with inappropriate behavior from men they worked for or with. And just so we’re clear, I’m not talking about dirty jokes. I’m talking about unwanted touching and quid pro quo offers to fuck. I’m talking about shit that’s illegal. Maybe not Harvey Weinstein-level stuff, but still bad.

I finally realized it wasn’t just me. Yes, a handful of super-talented women had broken through. Yes, some rooms were great. And, yes, it’s still possible my jokes just sucked. But it was getting harder and harder to deny that there was a top-down attitude in our business that encouraged misogyny and creepiness. We all agreed that something needed to be done. Eventually, we settled on my snitching to this publication. I’m not sure why I ended up being the one. I’d like to think I bravely volunteered to sacrifice myself like that chick from *The Hunger Games*, but we might have just drawn straws. I can’t remember. I told you we were drinking.

I was so excited when I got the call saying I’d been hired to write for *I Can’t Tell You or I’ll Get Fucking Sued*. A big step up for me! One thing you need to understand about comedy writing is that for a moronic business, it’s pretty hard to get into. This job was so much cooler than my other jobs. Answering phones. Picking up dry cleaning. Coming up with awards-show patter for a plastic replica of Jennifer Lopez’s ass.

As I’ve already touched on, TV writing isn’t like other businesses. It’s a freewheeling, creative environment where you can say anything you want. Because it’s only by freeing our Jungian shadow selves that we can come up with lines like “I just threw up in my mouth a little bit.” Writers rooms let you do things that would be firing offenses in a non–Bill O’Reilly workplace. It’s usually fun, but the fun has a downside. When someone does cross the line, you can never be sure because … what line? Being sexually harassed by a sitcom writer is like being sexually harassed by your gynecologist. It can be hard to tell if the guy’s being a pervert or just doing his job.

Unless you worked with a guy I’ll call Carlton. Then it was crystal clear. Carlton was a senior staff member who had never seen a line he didn’t cross. Whether he was announcing, “Your tattoo’s makin’ me hot,” or repeatedly unzipping the sweater I put on to cover said tattoo, or sexually harassing the woman who came in to give a sexual-harassment seminar, Carlton liked to make people uncomfortable. I don’t know why he did this. Was he a clever provocateur or just a guy who ate Jell-O with his hands during run-throughs? Who knows?

I think I was outlining a story about something getting stuck in someone’s ass when a woman I’ll call Tiffany came in and told me she was quitting. It’s hopeless, she said. These guys are total misogynists. Oh, come on, I countered, you’re overreacting. Had our boss asked us to leave the room when our other boss had come in to hear pitches? Yes, but only because we were less experienced. And because our other boss had supposedly told him that he “hated the sound of women’s voices.” Our boss was clearly just trying to be helpful!

Tiffany, unconvinced by my awesome arguments, stayed true to her word and bailed. Things got worse faster than you can say “internalized self-hatred.” My strategy for dealing with Carlton was to smile and laugh the way world leaders do when they’re forced to hang out with Trump. It didn’t work. I got self-conscious, and my work suffered. Luckily, the other writers had my back in the form of a room bit called “Daley Is So Getting Raped in the Parking Lot Tonight,” which they made sure to launch into at least twice a day. As we all know, satire is a powerful weapon, and they were bravely deploying it to show how much they disapproved of Carlton.

A few weeks later, my boss called me into his office. “The Daley and Carlton Game,” he explained, “is distracting the room.” We were behind on scripts. He acknowledged that this was partly because we spent a lot of time procrastinating by watching videos of a braless woman jogging to the “Oh Yeah” song on YouTube. But mostly it was my fault.

Unfortunately, “handling it internally” meant sending me to the B-room, far away from Carlton — and from my boss and the script. The people in the B-room called it the “Story Room.” Everyone else called it the “Tard Room.” (I didn’t come up with this name. Please do not blog at me.) Occasionally, we would be allowed back into the Big Room to pitch. It turns out that pitching to people who constantly interrupt you while attempting to use your cleavage as a storage shelf isn’t much of a morale booster. I felt my voice droning, my jokes falling flat, my suggestions coming across as arrogant and nit-picky. I had become the stereotypical Woman that men (for very good reasons!) don’t want ruining their writers-room fun.

Then one day, my boss asked me to start writing promos. This is basically the TV-writer equivalent of DeNiro in *Goodfellas* telling Lorraine Bracco he has some nice dresses in the back. It spells almost certain doom. Still, I tried to stay positive. Because that’s what people in LA tell you to do. Be positive! Do CrossFit! Join our raw-egg cult! Don’t listen to people from LA. There’s a reason the rest of the country thinks we’re idiots.

Firing someone is like dumping someone. There’s no good way to do it. Still, I would argue that there are better ways to do it than a phone call from your assistant on Easter Sunday while I’m at my grandparents’ house.

Much like Carlton’s anecdote about the time he got a blow job from a woman who mistook him for Joey Ramone, that job haunted me for years to come. Not the fact that I was fired. Sure, that sucked, but it’s something everyone has to deal with in this business. The part that really messed with my head was the idea that I was a distraction rather than a useful part of a team. This notion stuck with me for a long time in ways I didn’t realize until later. It even led me — in the rare, lucky occasions where I had a choice — to take less challenging jobs. I was constantly paranoid about being seen as a token hire taking the job of a “real” writer.

The other thing I hated was constantly having to lie about what had happened. Comedy writers are nerds who don’t know how to fight. Our only weapons are snarky anecdotes. When you’ve been sexually harassed (or whatever you call what happened to me at that show), you should at least be able to get a funny story out of it. Instead, I was told by everyone — including some so-called allies now shooting their mouths off on Twitter about the evils of sexism — to shut up about it. Talking about it would ruin my career. This is pure bullshit. If women keep staying quiet, this crap continues. If we call people out on it, it will stop. Period. Besides, if writing jokes for a talking ass didn’t destroy my career, nothing can.

*Daley Haggar is a writer in Los Angeles.*