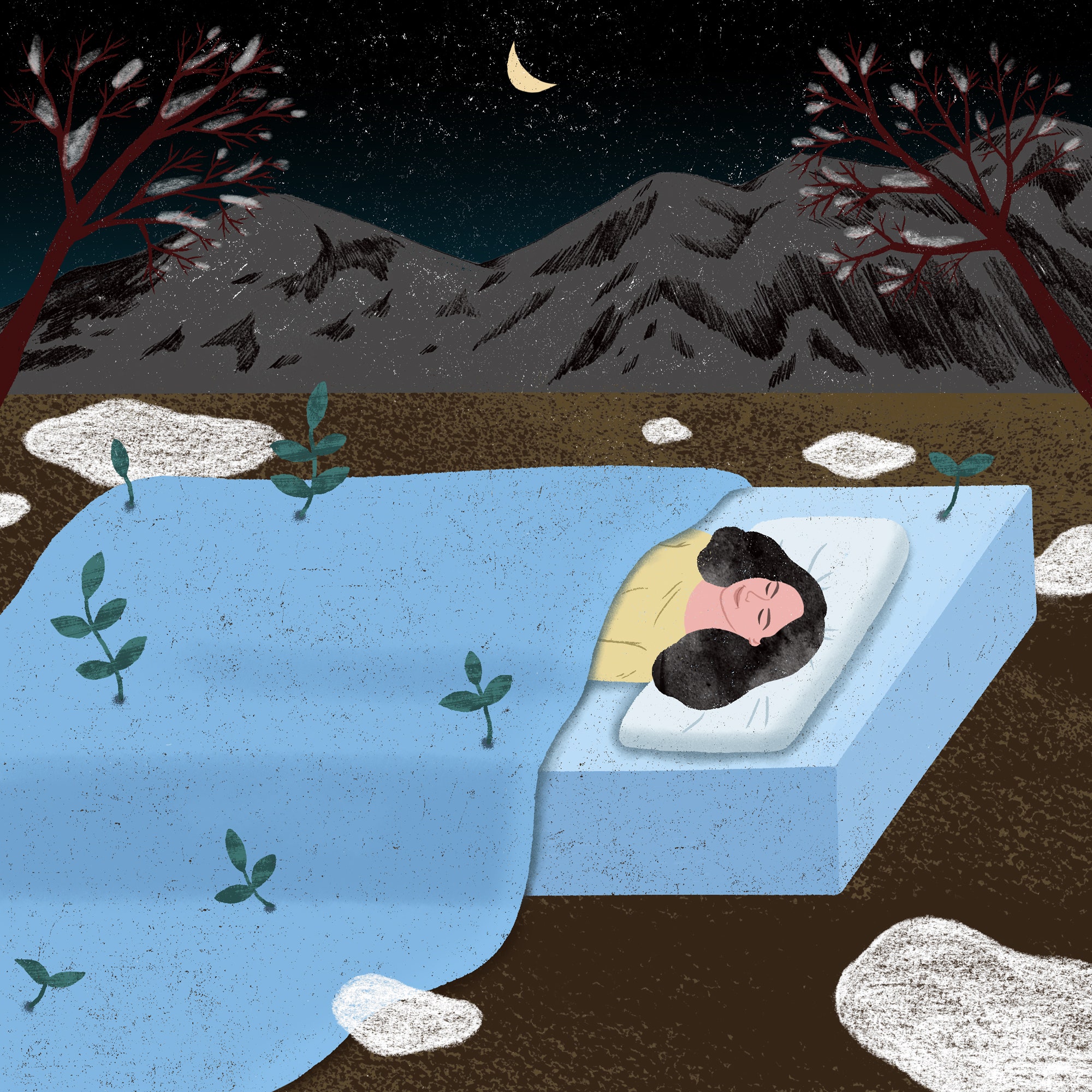 I have a gift for you.

I’d like to explain the secret origin of the universe.

OK, that’s a bit ambitious. And technically, that’s only a part of the gift.

And technically, it’s not a secret. It is well documented in the *Tao Te Ching*, the fundamental text on Taoism, written in China sometime in the sixth century B.C.

Taoist cosmogony explains that the universe was born out of infinite nothingness when one spark lit — when one phenomenal impulse for life, beauty, love, truth, and harmony exploded. But the vacuum of going from nothing to something pulled everything into two opposing forces — Yin and Yang. Yang is the Sun shining down on the horizon — it is everything hot, loud, fast, bright, hard, and forceful. Conversely, Yin is the shady side of the hill — it is everything that is dark, cold, slow, soft, damp, and receptive. Yang is daylight, Yin is night. Yang is activity, Yin is rest. Yang is productivity, Yin is restoration. And for the universe (and ourselves) to be healthy, balanced, and peaceful, we should be half one and half the other.

I know what you’re thinking: *This sounds great, but where is my gift?* I’m getting there.

We are now in winter, the nighttime of the year. Winter is the season of utmost Yin. It is the Earth’s time of utmost rest, utmost darkness, and utmost conservation. Nature requires it. It is from this fertile silence that spring is born; it takes this period of consolidation to regenerate the burst of Yang that will crack the seedling and push it up through the soil to reach the sunlight at winter’s end.

The balance of the cosmos hinges on this period of rest and recovery. And that’s what I want for you.

In the dozen years I have been an acupuncturist and practitioner of Traditional Chinese Medicine, I have never felt the call for Yin as profoundly as I do now. Last year was brutal. For too many reasons. I don’t have a friend who didn’t feel armored, indignant, exasperated, or defeated at some point in 2017. And in almost every patient, I sensed a pained fragility, like their bones were made of straw, like they were afraid to take a deep breath in — or worse, let it out — like one or two nights of sleep could not correct their troubles.

Some of us began 2017 by literally marching through the cold. The hypervigilance we’ve maintained, the fight we’ve fought, has taken a toll and is now begging for its balance. If we are to maintain this fight, we must use the Yin of winter as the cosmos intended — as a true, deep hibernation, to conserve and to heal. I want you to be strong in spring. I need you to come back hot and fighting, like all of nature does once the snow melts.

Modern consciousness has cast a cruel spell on us. Industry and capitalism disproportionately favor Yang and do not want us to feel we have permission to rest. The abrasive neon light of the modern world does not recognize Yin. We don’t get validation, money, or Instagram likes for our privacy and solemnity. We are told that Yin — softness, darkness, slowness, inactivity — and its necessity are exclusively for “those people”: the weak, the lazy, the sick, the unsuccessful, the unpopular.

While our culture may pay minor lip service to some Yin (e.g., Kate Hudson sublimely yet intensely stretching on a bucolic Topanga bluff in Fabletics commercials, which is Yang dressed in Yin’s clothing), we live in a time that celebrates busyness, multitasking, and stress as evidence of a job well done. Even modern spiritual movements in the West speak almost exclusively of enlightenment (Yang) and awakening (Yang), barely touching on the importance of obscurity (Yin) and sleep (Yin).

But I promise you, this is simply the advertising of a deranged world that has forgotten Yin and Yang and the very impulse for life and beauty and peace that created it. The instinct to slow down and to recover does not mean you are inert or feeble. It doesn’t mean you are worse at life than everyone else. It is simply a call for balance that the world ignores but you must answer.

If you’re skipping to the end, begin reading here. My gift to you is this reminder:

Yin is yours and you deserve it. Take your winter. The balance of your entire life is dependent on it.

As February and March roll in, do not allow TV commercials and window displays to prematurely seduce you out of winter’s hibernation with the sexy glint of Easter bonnets, budding tulips, and springtime pastels. We are still firmly in the grip of Earth’s rest. Don’t speed the clock — *that* is precisely the Yang treadmill at work. Eke out the remains of time here.

You should feel as rewarded and celebrated for doing nothing as you are for doing everything else. Slow down and do so with kindness, tenderness, and patience. This is the correction for life’s hardness, not “hot yoga three times a week.”

See through the spell of “I have too much to do to slow down.” To repeat that to yourself means that the advertising of a deranged world has worked on you, too.

Understand a new relationship with time itself — where you no longer see it as a bully or thief, but rather as a generous parent or gracious choreographer who directs you to move carefully, with intention, with breath and above all, grace.

Take a slow walk — but don’t make it a “Yin Challenge” for Facebook. You don’t need to push against something to grow. That whole idea is deranged advertising, too.

Drift directionless into the mysterious night sky without wondering why, or what comes next. To even sit still and simply tell yourself, “I don’t know how this will turn out, lots can happen,” is Yin.

Do not lose your softness or use it as fuel for self-loathing. That is the way the world kills you.

Dim the light. Always keep something beautiful in your mind.

For what it’s worth, all the gifts in my life are Yin. My two moms — for all of their hardness and impenetrability — taught me everything I know about fostering care, listening, and benevolence. My idiot boyfriend — a very Yang New Yorker with a fiery mind buried in a hard exoskeleton of intensity — will hear a lovely piece of music or witness some act of true generosity so kind that it instantly calls his bluff and rolls him on his back, exposing his soft belly to the tender world once again.

And twilight, my favorite time of day, the brightness and bang of sunlight exhausting itself, making way for the first shadow of darkness — literally Yin consuming Yang and announcing itself again, something beautiful turning into something else that is beautiful.

*Russell Brown is an acupuncturist and owner of POKE Acupuncture in Los Angeles and does not count SoulCycle as a “Yin” activity.*