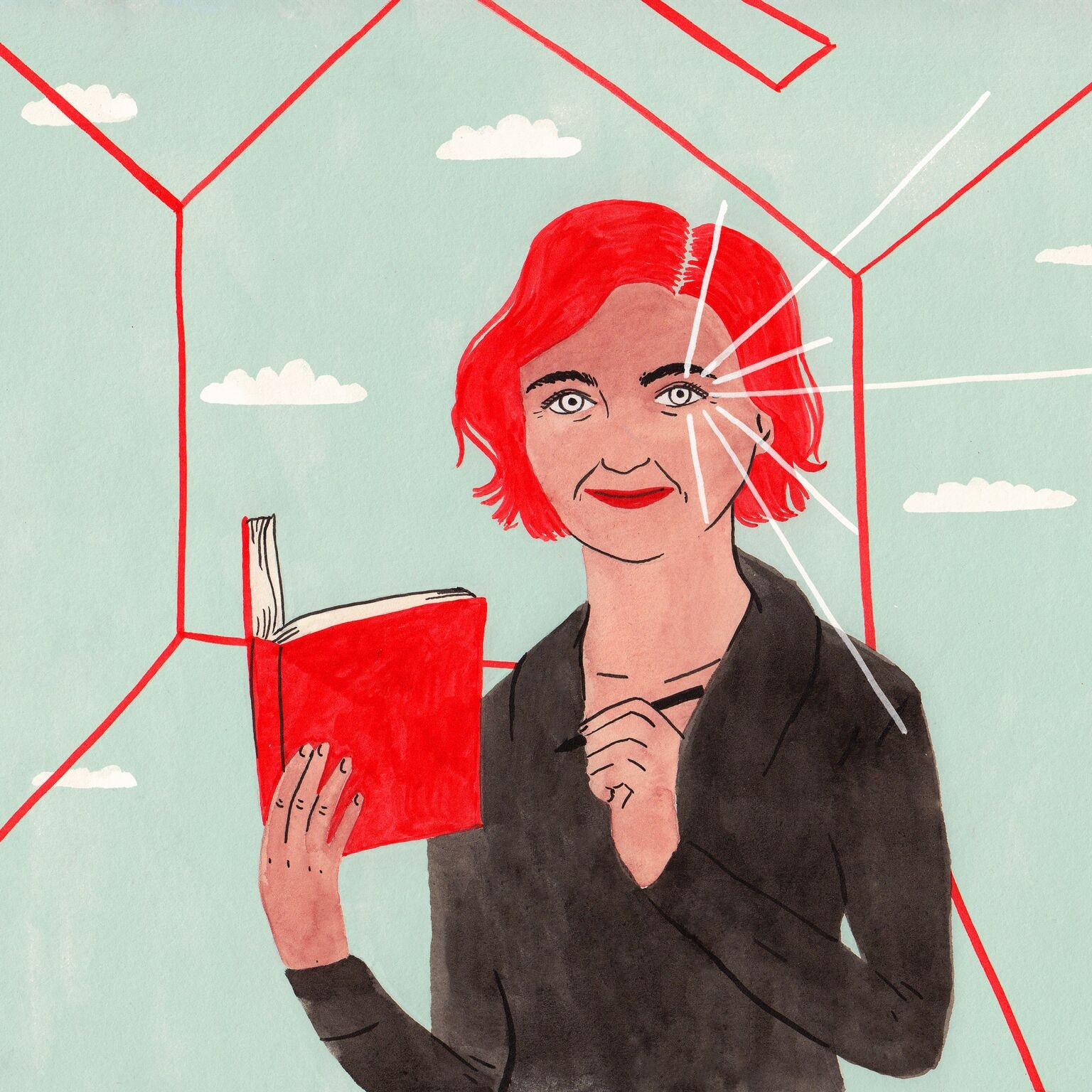 The Dublin-born writer’s screenplay of _Room_ was nominated for an Oscar in 2015 (and Brie Larson won Best Actress for her role in the film). The movie was based on Donoghue’s (3) about a five-year-old boy, Jack, and his mother, Ma, imprisoned by a man they know only as Old Nick and plotting their escape. Donoghue managed to turn a best-seller that takes place mostly in a single room into a compelling and disturbing cinematic triumph.

I met with Donoghue in New York City before a reading from her new novel, (4)_,_ at the Irish Arts Center. She delighted the audience with her warmth, her humor, and her singsongy accent — undimmed after eighteen years in Canada. She lives in Toronto with her partner and two children, Finn and Una.

Like many of Donoghue’s novels, the latest book is inspired by historical events — in this case, the mysterious, centuries-old phenomenon of “fasting girls,” who achieved notoriety by starving themselves. Some of the girls died while others lived on for decades, but the question of what makes a girl “good” and obedient still resonates.

During an hour-long interview, we talked about how she retained control of her _Room_ screenplay in a male-dominated industry, her instinct to defend novels written about children, and how her label as a “lesbian writer” has affected her career.

**Rachael Revesz:** How did you manage to keep such a tight grip on your screenplay for _Room_?

**Emma Donoghue:** There had been attempts to film some of my previous books, and they had never quite worked.

Doing _Room_ was an ideal experience in that it was a very unusual deal. I’d written the novel but thought, _This could work on film._ I didn’t want anyone else to do it for me, tell me how to do it, or talk me out of it, so I just went ahead and drafted the script. Producers approached me, but I was wary. I didn’t want to disappoint my fans and just create a money-maker. It was a bit like being an eighteenth-century lady, saying, “No, no, no!” all the time, as once you sell the film rights, you have no control. After several years, my partner said to me, “Are you ever going to say yes?”

And then director Lenny Abrahamson sent me a ten-page handwritten letter. He was eloquent, spelt everything correctly, and was patently intelligent. Nobody else had tried that tactic. Usually people say, “Oh, maybe my agent could have lunch with your agent.”

He flew to Canada and sat with me around my kitchen table for a week. I was really involved as an executive producer, which means you’re kept in the loop on everything. I saw Brie Larson’s audition tape. The thing I asked for most often was to film it in Toronto so I could still look after my kids and get to the set. Luckily they agreed.

**RR:** Did writing _Room_ have any effect on your mind-set, being so engrossed in a dark subject?

**ED:** I think parents of small children know all the fears anyway. It felt like _Room_ was a vehicle for all the thoughts I’d had about the vulnerability of my children.

The research was grueling. I read a lot about abused and weirdly neglected children or children that had been shut away from the world: a lot of that stuff gave me the woolies. But writing the book didn’t depress me.

**RR:** You’ve said before that it was one case of a fasting girl in nineteenth-century Wales that caught your attention. Did you follow the real story through?

**ED:** Yes, but I didn’t want to write about a child starving to death at the end. There are limits, even for me. I like dark , but not nihilistic! I thought that I should do what other writers do — just make it up. It seems absurd that it took me twenty years to realize I could do this.

**ED:** It’s impossible to know, but I think it was certainly connected to the rules of girlhood. What makes a girl “good” is to say no to appetites, to be pure, above sex, above need. So if you’ve got girls in sixteenth-century Italy and nineteenth-century Brooklyn and twentieth-century Belgium saying “I don’t need food, I can live without it,” alongside the massive phenomenon of anorexia today — I think that says something pretty strong about the way we have shaped girlhood.

**RR:** How has your writing changed since your first book, (5)? It makes me think of a 1990s version of Doris Lessing’s (1)_,_ a coming-of-age story where women are having these really frank and powerful conversations.

**ED:** I do think more now about the plot of a story before I begin. I used to be very content to explore emotion and the subtleties of human relationships and have the story gently meandering. I’m not sneering at those kind of books at all, but I’ve come to really like suspense, not as a genre with strict rules but more like a tight thread that pulls the reader through.

I think I’m quite an old-fashioned writer. I like to give a sense of resolution at the end. If a reader is going to bother to commit their spare time to you, and you want to turn them on, you rather owe them a literary orgasm.

**ED:** It depends on the community you set it in. I remember when I published _Stir Fry,_ a New York reviewer said, very sneering-like, “This is coming out 101 — we were over this in the 1970s.” Well, I thought, _You were over it in New York, but not in Dublin._ You could write many a novel like that set in conservative, small towns. The techniques of coming out would be different, but the agonies would be the same.

Being lesbian has made me very interested in outsiders, losers, and the culturally marginalized. If I ended up writing in _Room_ about a woman and a little boy who are seen by many as freaks, I think it’s a sympathy I extrapolated from having been a teenage lesbian myself.

**RR:** Do you mind being asked generally about being a lesbian writer and how it’s changed your career?

**ED:** It’s fine. Actually, the only question that’s been irritating me recently is when people ask with an air of mystification why I am writing about a child again. “Didn’t you do it already?” I’m beginning to feel quite defensive. Why should all novels be about adults? I sometimes think it’s a sign of a traditionally male-dominated literary world that writing about children is some kind of weird, specialist female preoccupation.

But no, I don’t mind talking about my labels. They can be limiting, but they can also be extremely helpful to help put your head above the crowd. My queer readers have been wonderfully loyal to me, so even if I don’t write a book with overtly queer themes, they still read me and write to me.

**ED:** The British producer Alison Owen has bought the script for (2)_,_ and I’m working on that next. I also have a children’s book coming out in the spring.

_Frog Music_ is based on a real unsolved murder in 1876 San Francisco. I have 60 articles about this woman, Jenny Bonnet, who was shot through a window by persons unknown. She was repeatedly arrested for wearing trousers in violation of this anti-cross-dressing law, but my protagonist seemed to be the only person they were using it against. I have all these facts about her, but I have no idea how or when she met Blanche, the woman she was with in the room when she was shot. There are huge blanks in the story.

With my novels, I tend to put my historian’s hat on and take the facts as far as they go. Was there a train that afternoon at three o’clock? What was the name of the bird that would have been flying by? Then I think, _Great_, whip off my historian’s hat, put on my fiction writer’s hat, and I’m thrilled to be making it all up again.