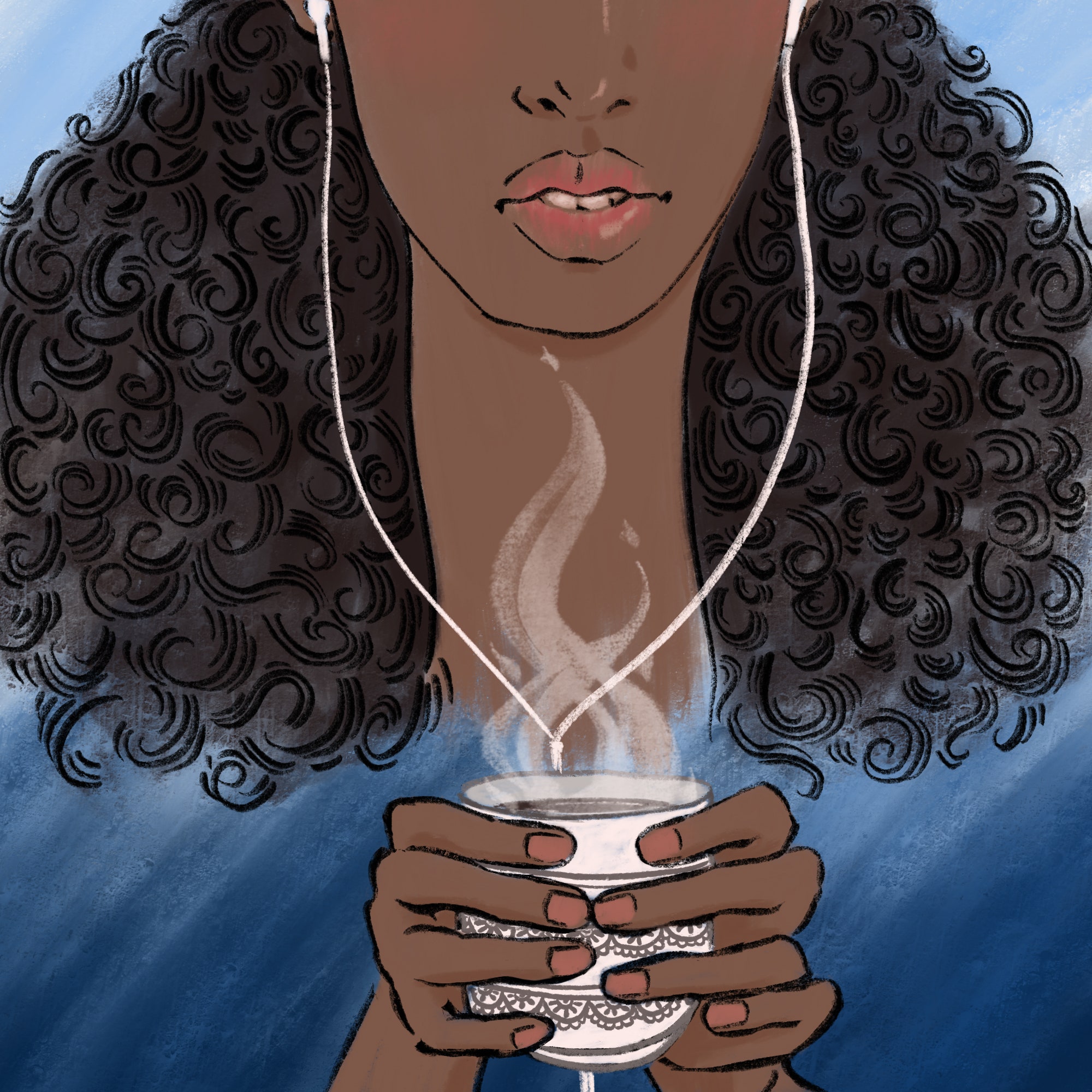 As a matter of saccharine nostalgia, I’ve taken to listening to old Somali songs every morning. The words of Sahra Dawo, Dur Dur, and Hassan Adan Samatar blaring through my cheap plastic earbuds. Each song dripping with the sugary synth that marked the optimistic ’80s; a time capsule of a pre-war Somalia.

I was less than a year old when my birth country collapsed before my eyes in a merciless civil war, a sovereign self-flagellation on an apocalyptic scale. No one would have imagined that I would spend my first birthday as a refugee in Kenya or that, at the tender age of three, I would be shipped off to the United States with my grandparents in search of a better life. When the civil war broke out in Somalia in 1991, the life my parents had envisioned for me was toppled off its axis. The country that they had known and loved had set itself ablaze, and we were caught in its fiery inferno.

In the early years after I left Somalia with my grandparents, I was assured that we would someday go back. Despite the continued political turmoil, Mogadishu was still considered home, and my grandparents convinced me that our country would rebuild and we would safely return home to dip our feet in the pristine blue waters of the Indian Ocean.

As a matter of cultural preservation, my grandparents eschewed all forms of assimilation, learning only enough English to get by and resisting all American conventions. They built within the walls of our tiny Virginia apartment a mini-Mogadishu, a submerged state nestled in the crowded South Arlington suburbs. We began each day with freshly baked injera and black tea spiced with ginger, cardamom, and cloves. In the late afternoons we would listen to BBC Somalia, where we hoped to hear some news of reconciliation or cease-fire. Each evening we would end our days with the thunderous Islamic sermons of Sheikh Cumar Faruuq, which were burned on cassette tapes that seemed older than time.

There had to have been a moment when my grandparents knew we would never return to Somalia. The country I barely knew had become a country they barely recognized. The glimmering white port city of Mogadishu permanently stained gray by a war that had no end in sight. At home, our mini-Mogadishu too was crumbling, my growing proficiency of English and abandonment of Somali threatening the sovereignty of the state they took pains to preserve.

I was about five years old the first time I heard the word “God.” It was my first year of elementary school, and I was sitting on the outside edge of the semicircle my peers made during our indoor recess. Rain interrupted our daily ritual of monkey bars and tag, so we stayed indoors to play with puzzles, draw, and build houses with Legos. Always the quiet one, I sat and listened to my peers engage in many conversations, one of which was about God. At the time, English to me was just a soup of words, all whose meaning seemed a bit out of reach. God just happened to be one of the many words I didn’t know. That afternoon, I asked my aunt to tell me what “God” meant, and she answered curtly, “God is *Allah*.” In my naïveté, I took my aunt’s response to be a simple math equation I could apply to all words. This meant that for every English word, there was an exact counterpart in Somali. Soon *Allah* was replaced with “God,” *ayeeyo* replaced with “grandmother,” *awoowe* replaced with “grandfather.”

It wasn’t long before I developed an obsession with mastering English. I would translate the 7 o’clock news from English to Somali for my grandparents every evening. When I met words I couldn’t translate, I foolishly believed there wasn’t a suitable Somali counterpart. I thought maybe Somali wasn’t the best language because of its lack of words. I didn’t consider that maybe my own vocabulary was limited.

By the time I was in middle school, English held dominion over my native tongue to the point where I spoke Somali in an accent. “Is someone holding your tongue?” my grandmother would say as I struggled to stitch together even the most basic sentences in Somali. A decade in America had rendered my grandparents’ preservation project futile. The walls of our mini-Mogadishu had completely caved in, and I was no longer a Somali child in America but a full-fledged American girl.

By my early teens, I became a voracious reader of English-language books, abandoning my Quran lessons for the wizarding world of Harry Potter. By then my grandmother had become increasingly agitated by the dearth of my Somali vocabulary. I remember the day I forgot the word for “tree” as I pointed and stared at the sycamore tree overtaking the balcony outside the living room. I opened my mouth, but no words would come out.

“*Maxaa sheegasay*,” my grandmother would repeat with exasperated breath. “What are you saying?” There were many moments like this where the words just wouldn’t come. The simple equation that had carried me during my early years had broken down. I was reduced to speaking in a broken Somali as the gap between the words I knew and didn’t know widened.

My grandparents, having lived through Italian colonization and the subsequent fight for independence, were keenly aware of the erasure that comes with cultural subjugation. They resisted assimilation as a means to sustain within our home the history, knowledge, culture, and traditions of our people as the very real danger of erasure was ever present. The knowledge of our ancestors was encased in the rich, guttural tones of our native tongue, and the preservation of that language was the only way to keep our ancestral knowledge alive.

The weight of my grandmother’s words did not hit me until the death of my grandfather. After eleven years in America, my grandfather had succumbed to Stage IV pancreatic cancer. The pain of this tremendous loss ricocheted throughout my body, yet I had no words to express how I felt. The English that I had spent years mastering had provided me no solace, no depth of understanding. I searched for words to explain what this loss meant, but there weren’t any. I was left with only an endless stream of tears. The death of my grandfather marked the beginning of the death of the whole history of my family.

My grandmother had been right all along. I could never truly know English. I had bended and broken my tongue in order to sound as American as possible, not realizing what I was losing in exchange. I thought I was conquering a new language; instead it was conquering me. In my youthful exuberance and ignorance, I had unwittingly participated in my own erasure, and when I finally understood what my grandmother meant all those years, it was too late. I would never be able to retrieve the memories and knowledge my grandfather carried with him. It had all been lost to the sands of time.

After 25 years in America, the words between my grandmother and me have grown increasingly sparse. The lines in my grandmother’s forehead turn to deep valleys as she struggles to recall my name, her memory succumbing to the mercilessness nature of time. These days, we mostly communicate with light squeezes of the hand and kisses on the forehead.

The preservation project my grandparents had started when we first moved to America had all but collapsed. All I have left is my memories, a broken Somali, and the weight of my failures. Hopelessly, I still hold on to my grandmother’s warning and her attempt to preserve within me the culture that survived with us for generations. So I spend my mornings listening to old Somali songs, memorizing and carefully practicing each word, hoping this new preservation project will help me regain dominion over my own tongue.

*Naima Nur is a writer and founder of the online cultural hub Sun Song.*