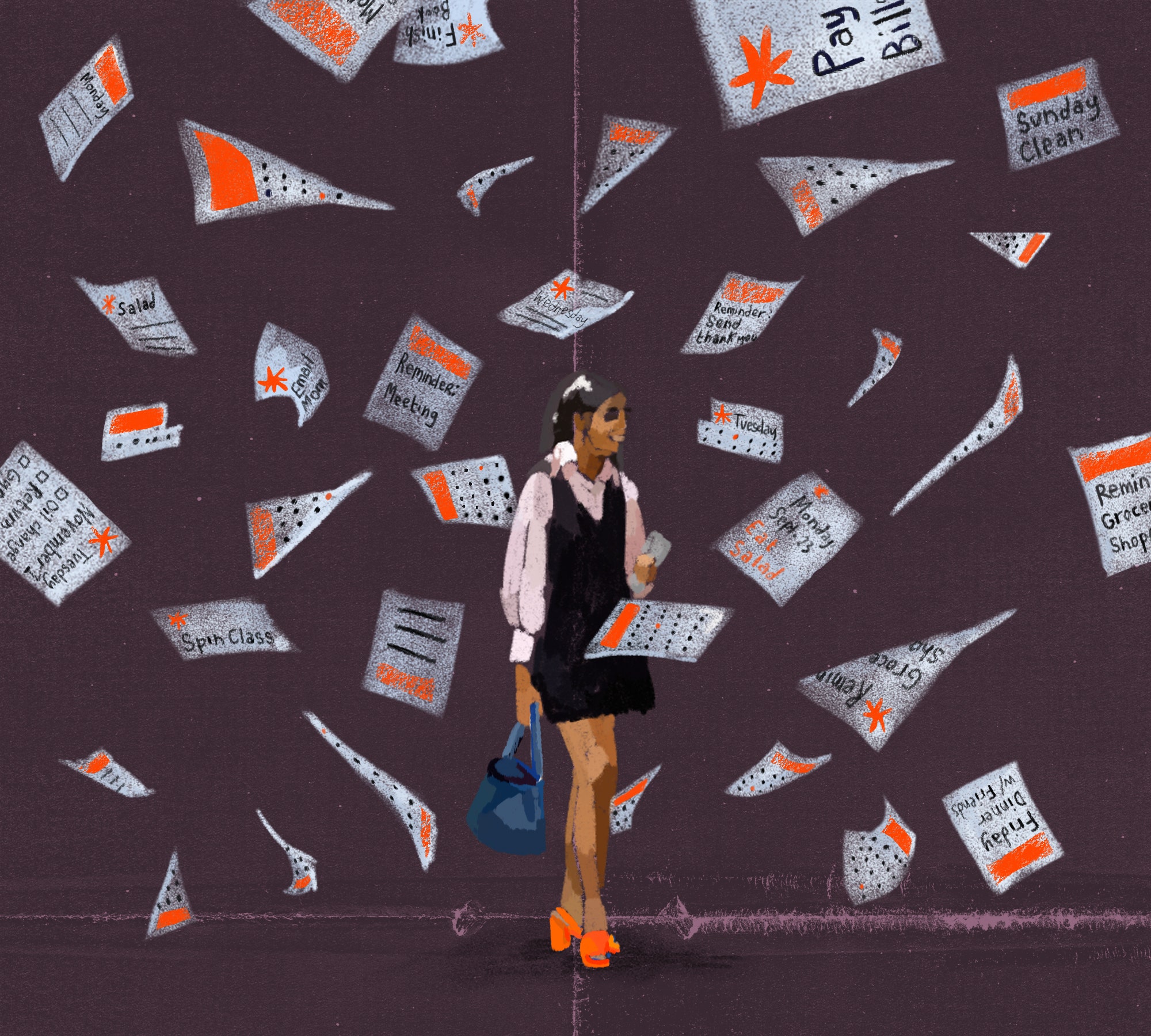 When I was six years old, I started waking up at exactly 6 a.m. Every morning, my Mickey Mouse alarm clock would shriek, “Good morning! How are you? Wake up!” for 15 shrill seconds before I would slap it off, jump out of bed, and go downstairs to do the locomotion with Kylie Minogue. It was the first routine I ever made.

I went to school surrounded by kids who looked nothing like me. So I infused routine and structure into almost every activity as a way to control what I could: I forced my mom to drop me off at school at the same exact time each day so I could be the first one there. If she was running late, I would pick up my backpack, open the front door, and start walking. I always ate an Eggo waffle for breakfast with the same amount of syrup glazing, but never pooling in, the same exact holes. I always ate my salad first, vegetables second, and protein last for dinner. I put my backpack on the same chair every day after school, changed, and then immediately sat down to do my homework, refusing to be distracted by anything until it was finished.

The more bound I was by routine, the freer I felt. Making routines out of everything made me feel like I was in control of my own destiny. It didn’t matter if I didn’t look like anyone at school, or in the magazines, or on television; it didn’t matter if no one understood me. I could make myself into myself through sheer force of will.

My routines started as a subconscious way to control what I could but slowly morphed into the definition of who I was. When I went to college, I wrote every paper by hand at least a week before it was due. Today, I wake up between 5:30 and 6 a.m. and immediately make a pot of Jamaica Blue before writing for an hour. My propensity for routine forms the backbone of every goal I have ever met in my life.

“Can you stop being so type A? Jesus. Just fucking chill,” a friend once demanded of me when I was forcing her decidedly type-B personality to put some structure into place for a planned vacation. I thought for a second, *Could I stop being type A? Probably not*. And I realized even if I could, I didn’t want to.

To be simultaneously praised and vilified for your routines is to live with what people think of as a type-A personality.

“I can’t tolerate people who slow me down” and “I could turn anything into a competition” are common questions on a type A/B personality test. But what those tests don’t ask is: “Did you feel a need to protect yourself as a child?” Or: “On a scale of 1 to 10, how out of place do you feel in the world?” Or: “Strongly agree/disagree, did you think it could all fall apart at any moment?”

The older I got, the more my routines formed without my permission. They swung between the rational and irrational. I devoured books and read them every Saturday and Sunday morning for exactly three hours. But slowly, I also vowed to never stop reading on an odd number — I could put my book down on page 58 but never 57 or 59 — for no reason whatsoever. The only difference between the rational time constraint and the irrational numbers was how rational they might seem to the outside world: Reading for three hours is a meaningful goal. Refusing to stop on an odd number feels at best meaningless and at worst psychotic.

Early risers will pretend like it’s something they’ve mastered when people act like it’s a magic trick to wake up while the world sleeps (some people have it; others don’t). What true early risers know, though, is that at some point it stops being a choice.

My room was spotless, and I always made my bed. But sometimes I would feel like I needed to close the curtains three or four times to get them to fall just right, or turn the lights on and off a few times until the external world aligned with my internal expectations. I started to view these internal expectations as a kind of road map to perfection, a way to erase the expectations I thought the world had for me as a black girl in a white world.

Fear is the foundation on which routines rest. Fear of imperfection. Fear of losing control. Fear of not being good enough for the outside world and, most important, for yourself.

My sanity seemed ruthlessly pinned to routine tasks because they felt like the safest bet. But the only thing routine about them was the feeling. They didn’t stop life from happening. They couldn’t put me in a glass box. They taught me instead to sit with myself. Between the seams of routines — when they didn’t work, or made me late, or paralyzed my mind with anxiety — that’s where I learned to become myself. It’s because of the routines I created when I was younger that I’m able to force myself to wake up at 5:30 a.m. They’re the reason I can set a goal in the future and figure out a maze of methodical maneuvers to get there. I suppose it is between those seams that we find the (1) the routines that we choose and the ones that choose us.

The person bound by routine is not to be confused with a perfectionist. Perfectionists need things to be a certain way for both their internal and external satisfaction. Those bound by routine, on the other hand, know it’s rarely about the final product. It’s about your relationship with yourself.

And that relationship is getting healthier every day. I made myself into myself through sheer force of will. And that also meant I had to stop giving the irrational routines power. Instead of blindly giving in to the abstruse voice in my head, I asked whether or not a routine made me better, whether or not it wasted more energy than it produced. Our routines are part of the quirks that make us who we are (some have more of them than others, but we all have them). Our routines, in ways large and small, get us through the day. Routines no longer keep the lights on — but I still eat my salad first.

*Maura Cheeks is a writer and editor based in Brooklyn*.