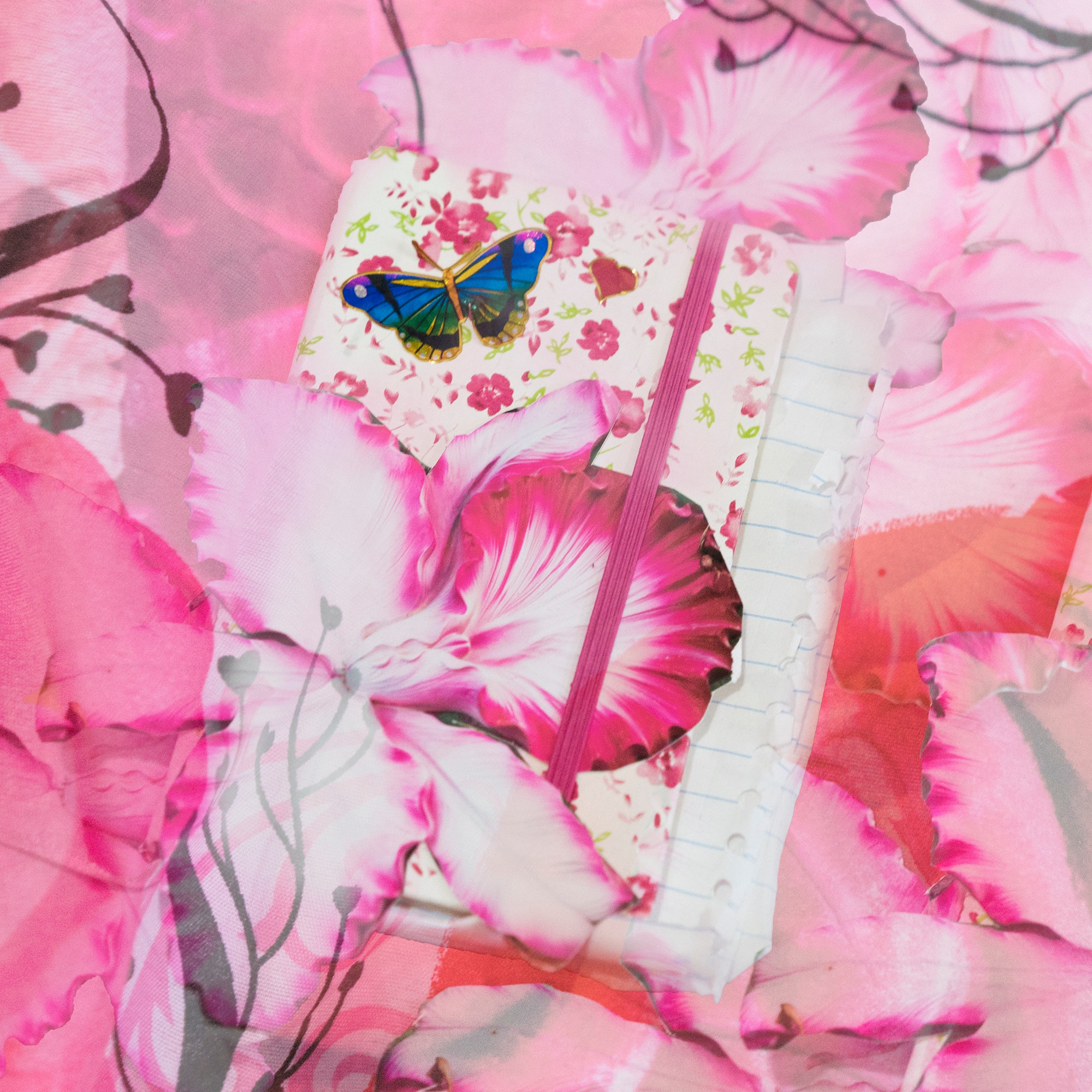 Thirteen teens on their way to a man-made beach. It is the end of the 2000s. They consider “Return of the Mack” a throwback barbecue tune, “Pony” an old-school love song. Jean shorts are still fashionably acceptable. The New Lots Avenue subway station doesn’t have a seating area. The A train still comes to East New York every fifteen minutes, the C every twenty. These teens once swore only to go as far as Coney Island. But the A train to the Q22 bus to Riis Beach has just been discovered among them. Thirteen teens from IS 392 settle down, nutcrackers in the tops of their bags.

Someone brings a volleyball and a football. The volleyball is left behind. One girl is made fun of for the weakness of her throw, another given props for her uncatchable one. One is sexually desirable, the other strong. Teenage boys put their boners in their waistbands when Vybz Kartel comes on. An American girl teaches a Caribbean girl how to wine. Permed hair prevents over-the-waist play in the water. The light-skin girl with the big afro tousles her curls and tells everyone she’s never had a perm. She dips into the sea as a pair of dark brown eyes look on; the admirer puts her hair up in envy. She’s embarrassed to be wearing a one-piece. “Wait for me,” she says, pulling on her own kinks. “I’m coming in.”

Thirteen teens on a man-made beach roll a few joints and complain about the kinds of bodies in the nude area. The token white boy, who never says nigga, is especially triggered by the whiteness of another man’s ass. He mutters the F-word, “Fuckin’ faggot,” tears the top off a nutcracker, and gulps away.

Two boys will put their toes by the shore as they explain they can’t swim. And someone’s mother will call six times unanswered, promise an ass-whoopin’ to her sprouting son through text. And someone’s braid will fall out on the sand. And these middle schoolers will find a reason to get close. And an older brother will wrap his arms around an underage neckline.

***
Jordan is unsure what husbands are to do, although she often sees what wives should. Her mother makes dinner, makes sure Jordan makes curfew, makes her clean — and the house is held together by these seams. Her mother is often alone, her mother is often building the home alone, making evening routines out of mere spite and cabinet rummages. Jordan’s father holds no such script. His dances and smiles are enough, pulling a playfulness from her pouts. With him, she hears her own laugh bursting at his banter and she knows he’s the perfect man.

“I didn’t have sex until your father and I were married,” her mother says through her teeth. Jordan wonders how a woman from East New York, Brooklyn, made it out of high school unfucked. She tries to remember pictures of her mother in the tenth grade at Erasmus, her unsmiling face on a floral-patterned couch. Her mother graduated top of her class in 1974. Jordan sees her belting Kirk Franklin’s “Smile” before a CCC church service, a service where Jordan will pretend to sleep. Watching her mother’s head bop to “Shackles” by Mary Mary down Sutter Ave., the age she lost her virginity doesn’t seem so far-fetched. Mother’s a saint.

Her mother is the kind of woman who’d curse if you took too long to put your shoes on. The type of woman who strongly suggests people on the train move out of her way. Her mother drags her to church every Sunday. Jordan’s stomach growls in the congregation like a gumball rolling out from the belly of a machine over the pastor’s voice. Whenever sex is mentioned, her mother elbows her awake. In the summer of 2007, she signs Jordan up for a “God on Sex” youth night. They use the Bible to refute the foolishness of worldly ideas on fornication. This is “the talk.”

But the worldliest sexual institution in the late 2000s is middle school. Is “Fergalicious” and “SexyBack” and “Me & U.” Is backyard-bash throwbacks to “Milkshake.” Is Church Ave. Caribbean parties that don’t card. Jordan is the last fourteen-year-old standing. Going to high school next year with a big V on her forehead. Even her twin sister pops the cherry before her. Jordan is the one with the glasses. Jordan is the one who sings at church. Jordan is the one parents like. Even her newfound attention to bumping nasties is ironically void of lust. Pure curiosity, at the expense of her mother’s expendable love. Her chastity goes from Sunday-school pride to playground burden.

On Riis Beach at 7 p.m., someone’s older brother wraps two arms around an underage neckline. “I like you,” he says, and Jordan arches her back, sitting up straight on the sheet in the sand. She beams at what it is to be liked, to be chosen. Everyone is sprawled out underneath fireworks, colors dancing on brown skin. 2007 is the year she gets a phone and a phone number, the year someone’s older brother calls her. The year a rapper from North Carolina rhymes like he’s from Brooklyn, rises to fame off the relativity of one phrase, “A Dollar and a Dream.” Her first kiss will be in someone else’s basement to “School Daze,” and finally she will be the kind of daughter who lets her mother down.

“And you planned to lose your virginity — who does that?” You don’t know. And to who? He is some distant person in a close space, J. Cole’s “Lights Please” on repeat in the background. A person you never see again. You will keep wearing the panties from that night because they are lace and expensive. You bought them just for the occasion. You’ll waddle the halls of high school the next day feeling like a new girl. A woman. Full of pride. There is blood in your underwear.

Insert one finger, then two, measuring the new wideness of your cavity. Ask yourself, “How many inches until I am a whore?” You’ll get a call on your new phone, “woman to woman,” a girl will say. She’s sixteen and wiser than you. “Woman to woman — he has a girlfriend his age.”

Just think: *At least I’m not a virgin!* Boys in Brooklyn don’t do virgins. He is eighteen. Only when you turn eighteen will you watch eighth graders chase each other around your old bus stop on Sutter Ave., wondering if he, too, ever considered you a child.

This is how you plan it. First, back-shave your pussy raw. Then, buy pink lace Victoria’s Secret underwear. Of course, invite him over under a vague but predetermined agreement. Cut class. Catch the landline call from the school and hang it up. Clean your room. Close the door. Make sure he takes off his fitted cap and Timbs. Pose by the sunlit windowsill as he holds you on top. Through short breaths, remind yourself: sex is supposed to hurt.

Think about anything else. Wander to what you’re wearing tomorrow. Or what you’ll tell your friends. When it’s over, take a shower. Try more positions. Shower between them all. Apologize for the showers while his eyes glisten at the thought that you’ve never done this before.

“It’s OK,” he’ll say. “You feel dirty.” A smile. A touch. He falls into you again. Recall something you read halfway through *The Color Purple*. Some sounds you heard Janet Jackson make on *The Velvet Rope*. You remember them, you used to giggle at those sounds while an aunt scrambled to change the track she made her babies to. Now he is hovering over you, you remember those sounds. You learn how to fake it.

“If any of you get HIV from unprotected sex, don’t come crying to me. It’s your fault because now you know about it.” You’ll freeze on the cold floor of the weight room, focus. Stay upright. Don’t throw up. The next week, your test will come back clean and it will surprise you.

You study the slits of afternoon sunlight on your windowsill. He asks if you’re OK. Lie. You’re stronger now.

Your mother will read your plan listed somewhere in a floral diary, beside the lyrics of “Cater 2 U.” A place. A date. A time. She’ll say there’s something wrong with you because you planned it so meticulously. This is how you lose it. Tell no one of the actual events. Especially not your diary. Keep the vomit down. In four years, when you are finally a woman, he will find you on the Internet, he will say he’s sorry. Don’t stop the lying, tell him that it’s OK. Finish reading *The Color Purple*. Sleep in the same bed.

*Alexandria Brown is an LGBTQ+ writer born and raised in the neighborhood of East New York, Brooklyn. She resides there currently.*