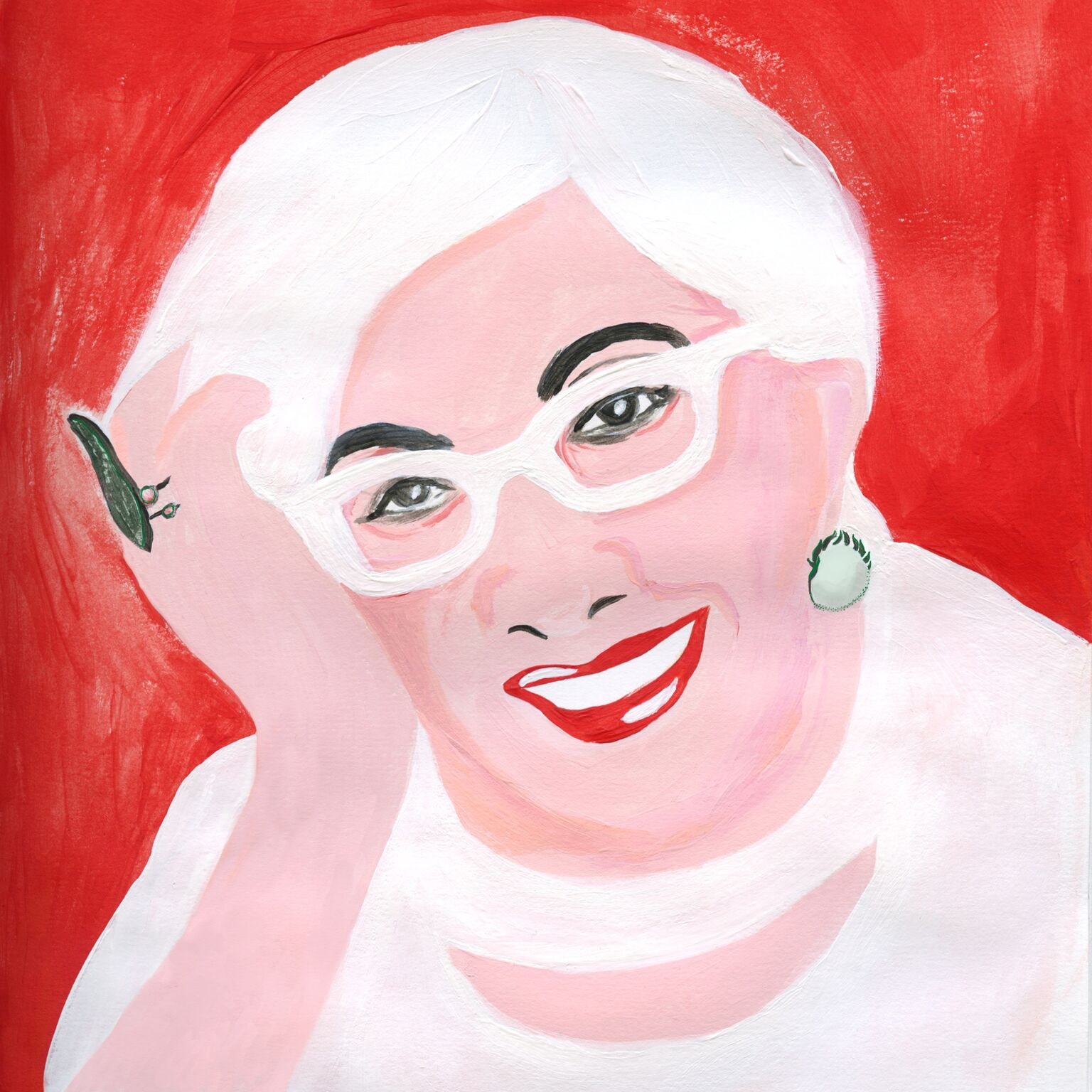 I studied film theory in college and graduate school. I now write and direct movies. I even like to think that I know a lot about, specifically, European cinema from the ’70s. But I had never heard of the prolific First Lady of Italian cinema, the Academy Award–nominated icon Lina Wertmüller, until I was asked to interview her for this wonderful publication. As happens often, it became clear that I have a lot of learning left to do. Lina’s movies _Seven Beauties_ and _Swept Away_ were met with near-universal acclaim, and she was a film-society doyenne back in the disco era. Parties thrown in Lina’s honor (1) and were paparazzi events where Barbara Walters stood a “canapé tray away” from Woody Allen.

So I called up my local movie-rental store (sadly, perhaps the last one in all of LA), Vidéothèque, and asked if they had any of Lina’s films. They did. Soon I was posted up in front of the TV, diving headfirst into what can only be described as a glorious marathon movie session the likes of which I hadn’t done in years.

I started with what would end up being my favorite of her films, _Swept Away,_ about a rich aristocratic woman who becomes stranded on an island with a working-class deckhand from her yacht. The master became the slave. The slave became the master. Sex and power, class relations, an exploration into the feminine and masculine … I was blown away. In _Seven Beauties,_ for which she was nominated for a Best Director Oscar, Wertmüller again flips convention — instead of a tale of the horrors of concentration camps, her protagonist is a violent gangster who deserts the complicit Italian army, gets caught, is thrown into a concentration camp, and all in all is a pretty terrible dude. And yet, the film is about so much more — it’s about survival, and of course it is a statement on Italy’s complicated social and political history. In all of her work, Lina creates portraits of both men and women who are complicated, who make wrong decisions, who are annoying, who are human.

My filmmaker friends and I talk often about how rare it is that we see a film that just wows us these days, and when you’ve watched a lot of movies, these gems become rarer and rarer. But Lina’s body of work shines brightly, putting her rightfully among the heavy hitters of 20th-century cinema. The (2) in New York is hosting a retrospective of Lina’s films, so you can catch up with her brilliance just like I did.

**Hannah Fidell:** I’m always interested in the writing process — what’s your writing routine like? Or even an average day for you these days?

**Lina Wertmüller:** I think writing needs some strict rules, because it’s a job, first of all. I always wake up early in the morning to start to write in the first hours of the day, when you are not distracted by calls and commitments. I’ve always worked that way. I used to sleep three or four hours per night, so I had a lot of time to write, to read, and to watch films. Now I’m used to sleeping more, but I haven’t lost that routine.

**HF:** What I love about your films is that you don’t judge your characters — they are who they are, and they are far from perfect human beings. I’ve tried to do this myself, and I feel as though I’ve been taken to task for portraying female characters negatively, that as a female director I MUST always portray women in a positive way.

**LW:** A writer or director should never judge his or her characters. We tell stories from their particular point of view, we can see the world through their unique eyes and through their mistakes too. This is the privilege of being a writer. If the author judges his character, he loses the spontaneous and intimate point of view on the story.

**HF:** So I feel a kinship with you and your work — to me, being able to create full female characters who might make bad decisions is an act of feminism unto itself. How did you handle that sort of anti-feminist criticism over the years?

**LW:** I think you are definitely right. I’ve never believed in the feminist movement. Feminists criticized me and my movies. They didn’t like the portrait of women in _Swept Away._

**HF:** I often tell people that I look at myself not as a “female writer/director” but as a “writer/director who happens to be female.” Do you look at your own work as having a purely female viewpoint?

**LW:** I agree with you once more. We are directors, not female directors. It doesn’t make sense to me to mark differences between men and women filmmakers. The question is to make good movies. I always say that a good writer should be able to identify with all the different characters he or she may create. We should always remember Flaubert’s provocation: “Madame Bovary, c’est moi.”

**HF:** How do you feel about Guy Ritchie’s remake of _Swept Away_?

**LW:** I didn’t see it indeed. I remember that when I came to the U.S. the last time, in 2005 or 2006, journalists were very disappointed about the remake. They reproved me. In their opinion, I should have not given the rights to make the new version. Madonna is a genius in her field, and she played some good roles too. I had simply thought she may have had an idea about the movie. But I can’t say more about the remake because I didn’t see the film.

**HF:** I love how you are able to blend genres — your films are a beautiful mash-up of politically charged dramas that understand the humor in the everyday … it’s really an incredible feat.

**LW:** I feel my soul is shared in two parts. One part has a very high sense of humor and irony; the other is more dramatic. I always combine the two aspects in my works. I love comedies and musicals on a hand, on the other I’ve always been inspired by human and social problems.

**HF:** How do you think your work has changed since your first film?

**LW:** I really don’t know … I’m not used to looking at my work with the critic’s eye. I’m not interested about myself. I prefer to look at the world around me. I’m curious about the others. I already know everything about myself.

**HF:** For those readers who haven’t seen your films yet, what do you think they should start with?

**LW:** Perhaps they could start with my “cult” movies. They are funny and dramatic at the same time. But I’d be happy if they could appreciate my first one, too, _The Lizards_. I think the film can still speak to today even if it was made more than 50 years ago!

*Hannah Fidell is a writer, director, and producer known for her films* 6 Years, A Teacher, *and the upcoming* The Long Dumb Road.