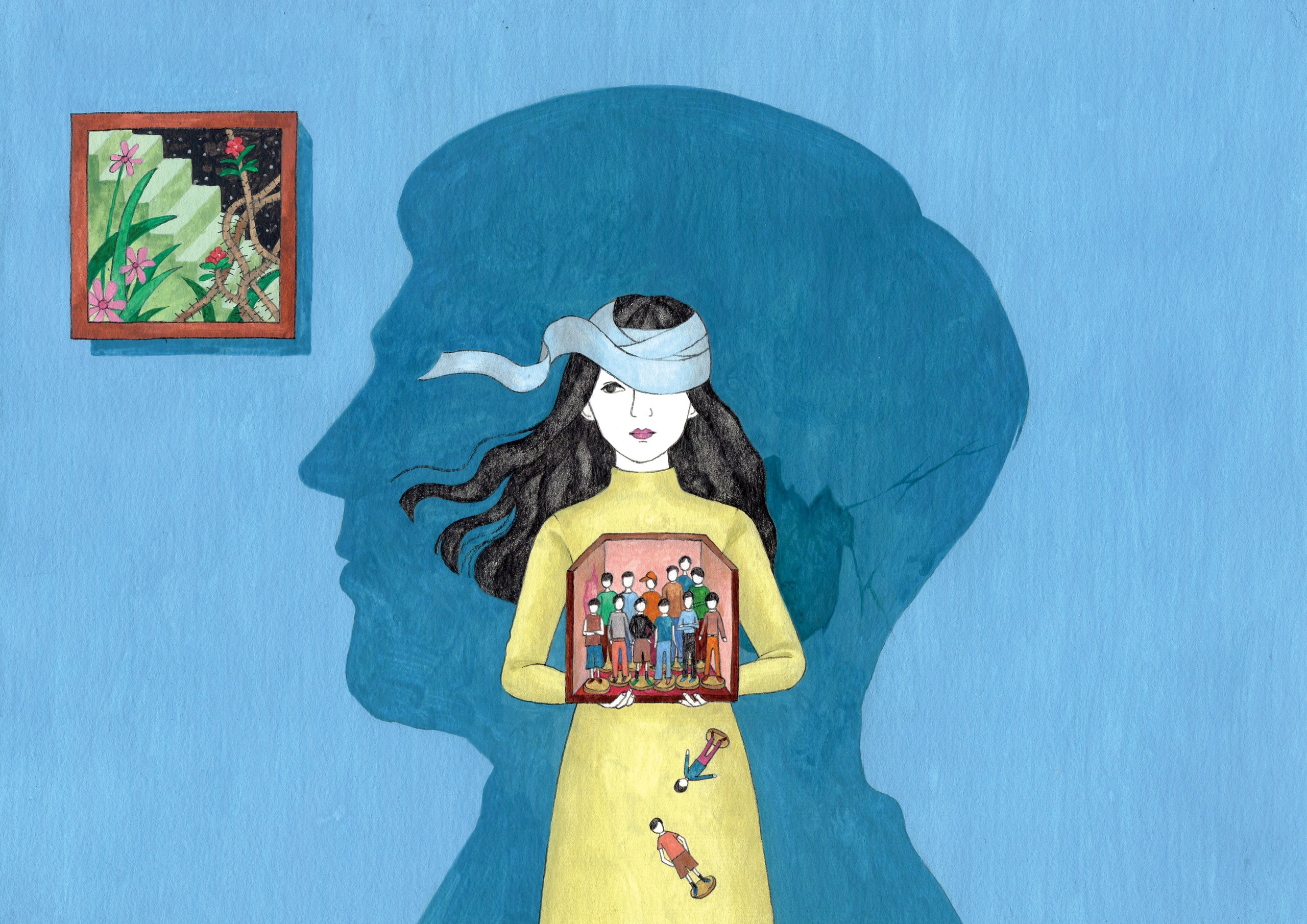 I was a teenager when my father’s half-sister first appeared in our lives.

My uncle had been sorting through some paperwork at his parents’ home in Brighton Beach, Brooklyn, following the death of his father — my grandfather — who was born in Transylvania, Romania (like Dracula), and who was easily one of the most frightening men I’d ever met. Isadore Rosemberg always seemed to be seething, angry at both everything and nothing at once, exhaling smoke and building steam like a bull that at any moment might charge.

Of course, I’d also heard my father’s horror stories: of how in his teens, my grandfather would discipline his five children by sticking their hands into the stove flame, or by forcing my father, his eldest (who longed for nothing more than his father’s approval but whose achievements were never enough to garner any praise), to sit naked on a stool in castrated ridicule, awaiting the beating he’d eventually receive hours later.

But most egregious was the evidence my uncle discovered that day, which seemed to suggest that my grandfather had taken up with a Mexican woman in Texas during a prolonged absence and had had another child. A now-woman, named Jackie. Jackie Rosemberg, whom my father invited into our home and into our family one evening, and whose face, despite her earnest attempts at enthusiasm, revealed her underlying disappointment, her resentment, her pain.

I wondered if those feelings ever went away, after being wounded by a parent. If the hurt is something you eventually move on from, something you learn how to hide. Or if, instead, it’s something that forever blocks the brightness of your reality, like a permanent, gray-tinting shade, like a broken vase whose pieces you might be able to glue back together but whose deep-rooted cracks you will always see.

“He left when I was young, and we never heard from him again,” Jackie said. “I called up his house a few times, but your mother always hung up. I think she knew.”

“Well, we’re here if you ever need anything,” my father told his newfound sibling. “We’re family. Family is most important.” It was what he had always preached, even if he had an unusual way of showing it.

My father had grown up to become a fierce and frighteningly authoritative figure in the New York City education world, who cared a great deal about what other people thought of him, and, consequently, what they thought about me, his eldest child. In his eyes — a girl who had graduated as middle-school salutatorian, had been cheerleading captain, and had attended an Ivy League college — could never be pretty, skinny, Stepford-looking, or show-dog-like enough.

So, then, I spent my teens and twenties seeking out supercilious men in nightclubs. I kept a list of all the guys I had successfully charmed and made out with, an irrefutable number that represented physical proof of my worth and power and desirability and invincibility. Proof that even though my stringent father had never given me credit for anything, and never ceased to cite some trivial shortcoming (a pimple, an extra pound, a score of 99 rather than 100), I was worthy of love; even if just for a matter of minutes, this many people thought I was perfect, or maybe just good enough.

Seeking out these narcissistic, devious men who reminded me of my father was like playing with fire. And one night, after I accepted a drink from a particularly narcissistic, devious stranger at a Hollywood nightclub, I woke up naked and sore and emotionally eviscerated (the man was later arrested for drugging and raping others).

So at 29, wrought by PTSD and a damage that felt indelibly etched across my forehead, I moved back to our family’s brownstone in Park Slope, Brooklyn, where my father, my role model of perfection and a community hero, would be able to fix everything.

First came the Jets sweatshirt — which a chipper, boy-like version of my father wore home from his long-held “card game” one night. Next came the fancy David Yurman bracelet, which he claimed to have snagged at a steal price on eBay. Finally, one day my younger sister borrowed his laptop and found his Ashley Madison profile.

> My former hero is now the most dishonest person I’ve ever known.

That’s when my sister, a lawyer, and I, a reporter, set about the biggest investigation of our careers: that of our own lives.

I was 30 years old when I discovered that my father — also a notorious “womanizer” with whom women didn’t want to be left behind closed doors — had been conducting decades of affairs with a whole brigade of other women. That the Maltese we often dog-sat for actually belonged to an eight-year mistress, a *Mexican woman* from *Texas* whom my father had housed blocks away and employed, and with whom he had even established an anniversary date. “227” (February 27) was the apt notation he used for her in his datebook, where she kept the company of myriad other paramours, similarly represented by numeric codes — numbers that to him perhaps served as some sort of physical proof of his worth and power and desirability and invisibility. I feared I knew exactly what this need felt like.

I had my father’s face (not to mention a freakishly slow heart rate, affinity for risk-taking, and other consistencies with sociopathy, which children reared by the affected parent — nature plus nurture — are at risk of); what if I possessed the rest of him? What if I’d inherited his inability to commit, his desire to win and dominate other people rather than connect, his incapacity to truly feel and love? Like my dad and his own father, I’d been motivated by a father who I had found terrifying but also emulated. I’d strived for the control I never had and to prove I could be equally powerful. Most frightening of all, I’d been following in the destructively promiscuous path of my father’s, just as he’d most eerily followed in the path of his own father’s.

“I actually did my dissertation on attachment patterns across three generations,” said the therapist I enlisted after making my discoveries. “And I wouldn’t even be in this business if I believed that trauma patterns weren’t changeable.”

I wish I could claim that faulty choices, perilous power struggles, and prohibitive fear with men didn’t follow. Still, I’m striving to avoid (rather than purposely engage) anyone who appears haughty, excitingly edgy, impossibly shiny, and too familiar. I’m embracing the imperfections that my father berated but which make me beautifully human. I’m learning what a healthy, loving male-female relationship even is.

I interact with my father on a peripheral level, see him at weddings and funerals — though the man who stands before me is a stranger. My former hero is now the most dishonest person I’ve ever known, the type of partner I pray I’ll never be unlucky enough to meet.

I can attest that the wounds inflicted by a sociopathic parent go deep and may extend far, across many generations. But while my father’s deceits tore me open wide and dismantled my world — leaving lingering disappointment, resentment, and pain — deep down I know that these discoveries quite possibly saved me.

*Jasmin Rosemberg (@jasminrosemberg), a former editor at* Variety *and columnist for the New York* Post, *is the author of the novel* How the Other Half Hamptons *(Hachette Book Group). She’s working on a memoir, from which this essay is drawn.*