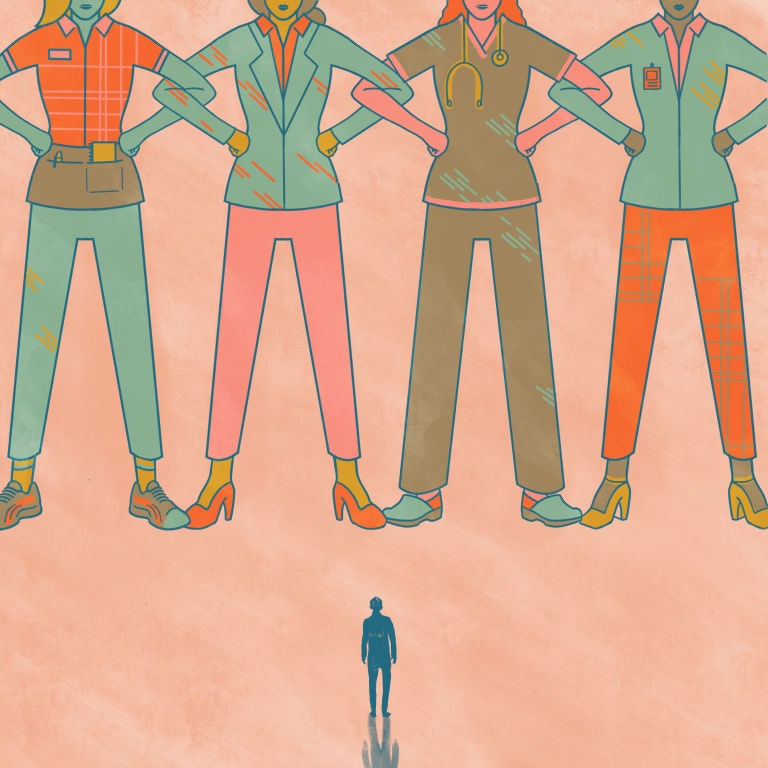 Thanks to thousands of brave women, an avalanche of sexual-harassment allegations is crashing down across America. We will need to stay fierce to ensure this creates lasting change and not let things go back to “normal” after the media focus subsides.

I know how attention to this topic can wax and wane. After my story of sexual harassment unfolded last year, the spotlight was overwhelming. But when it dimmed, as media attention inevitably does, I wasn’t ready to simply shut up and sit down.

Fortunately, that spotlight meant thousands of women reached out to me and shared their stories. Cops, doctors, lawyers, nannies, teachers — you name it. I realized that nearly every woman has experienced sexual harassment or assault. Like Joanne, a Wall Street banker whose colleagues called her a “cum bucket” and eventually pushed her out of a lucrative and prestigious job. Like Elizabeth, a U.S. Army soldier whose subordinates told her to “dance” for them while waving dollar bills in her face. Like Patricia, a fire investigator whose colleagues demanded sexual favors and allegedly planted marijuana in her vehicle in a coordinated effort to get her to quit.

So I began taking my message to college campuses and media outlets, encouraging women to stand up and speak out. And I joined Senator Al Franken and others in support of anti-arbitration legislation that will make it harder for harassers to hide behind legal loopholes.

After years of struggle, there is now a sense that larger change is possible. In Hollywood, allegations against Harvey Weinstein, James Toback, and Kevin Spacey are rocking the entertainment industry. In politics, women in statehouses across the country are calling out misogyny. And in the media world, allegations against MSNBC analyst Mark Halperin and The New Republic’s Hamilton Fish and Leon Wieseltier underscore that my experience was not unique or unusual.

The overarching lesson here is that sexual harassment is rampant from Hollywood to Madison Avenue. It is not exclusive to any one industry or any political party. Yet most stories are never told. An estimated 71 percent of all sexual harassment is unreported, according to the U.S. Equal Employment Opportunity Commission.

There’s a reason many complaints never come to light. Many of us are forced to sign arbitration clauses and nondisclosure agreements as a condition of employment. To give you a sense of forced arbitration’s scale, (3) by professor Imre Szalai of Loyola Law School found 80 percent of the companies in the Fortune 100 have used arbitration agreements in connection with workplace disputes since 2010. (4) by Alexander Colvin of the Economic Policy Institute found that since 2000, the number of workers subject to mandatory arbitration has more than doubled and that, today, more than half of nonunion, private-sector employees in America — about 60 million people — are subject to forced arbitration.

These agreements prevent us from taking workplace disputes to court and — even more important — keep all proceedings secret.

(5) would make these clauses illegal and ensure that every woman keeps the right to her day in court. Legal proceedings also allow for public disclosure, meaning harassers can no longer hide behind laws that protect them.

This is not a partisan issue, it’s a cultural one. Boorish behavior transcends ideology and political lines, despite the fact that there are many who seek to blame Democrats for Harvey Weinstein’s behavior or Republicans for Bill O’Reilly’s. It is not liberal to ask for a workplace where you are not fondled or groped. It’s not conservative to expect to meet with a man without having him dangle his hotel key or ask you to sit on his lap while he has an erection. It’s why I’m working with both parties to craft a bipartisan bill to take the secrecy out of sexual-harassment cases where women in the workplace have been forced to sign mandatory arbitration clauses. Please call your member of Congress to say you want to support this!

Yet all of us — Republicans, Democrats, and Independents alike — endure and even rationalize harassment because we are taught that women are inferior. A recent study showed that by age six, girls believe men are more likely than women to say something “smart”! By first grade, little girls have already internalized a feeling of inferiority. The result is a society where women still (1) in the workplace, and a pervasive sense that our voice doesn’t matter.

This also leads too many men to feel it is OK to mistreat women. So not only do most harassment claims go unreported, but one in five undergraduate women say they’ve experienced sexual assault. (And most don’t tell the school or police: only 12.5 percent of rapes are reported.)

I was first sexually harassed in my early twenties, by a powerful TV executive who thought it was OK to stick his tongue down my throat, after I’d met with him for tips on getting into journalism. Afterward, I sat in my best friend’s apartment, crying and asking, “What the hell just happened to me?” It was the first of several such experiences.

I’m proud my case last year helped chart a course for the brave women who are now standing up and speaking out. Now our challenge is to speak up together. To sustain the public’s focus on harassment, women must put aside our differences and collectively demand our basic rights. Change is possible. But it will require holding hands across the aisle. I’m encouraged that both Democrat and GOP senators have agreed to meet with me on my next trip to Washington, DC, to push for arbitration reform, and that women from both parties are signing on to statehouse letters calling for a culture change in politics. How ironic would it be if the Arbitration Fairness Act ended up on President Trump’s desk?

I hope you will join me in staying loud and fierce, and in taking the concrete steps required to end our harassment culture. The progress we want — and that thousands of women are demanding — can happen. Women are more than a voice; we are action. Now is the time to take it.

*Gretchen Carlson is a journalist, author, and founder of the Gift of Courage Fund and the Gretchen Carlson Leadership Initiative. All proceeds from her new book, Be Fierce, fund programs serving low-income women facing sexual harassment and assault. (2)*