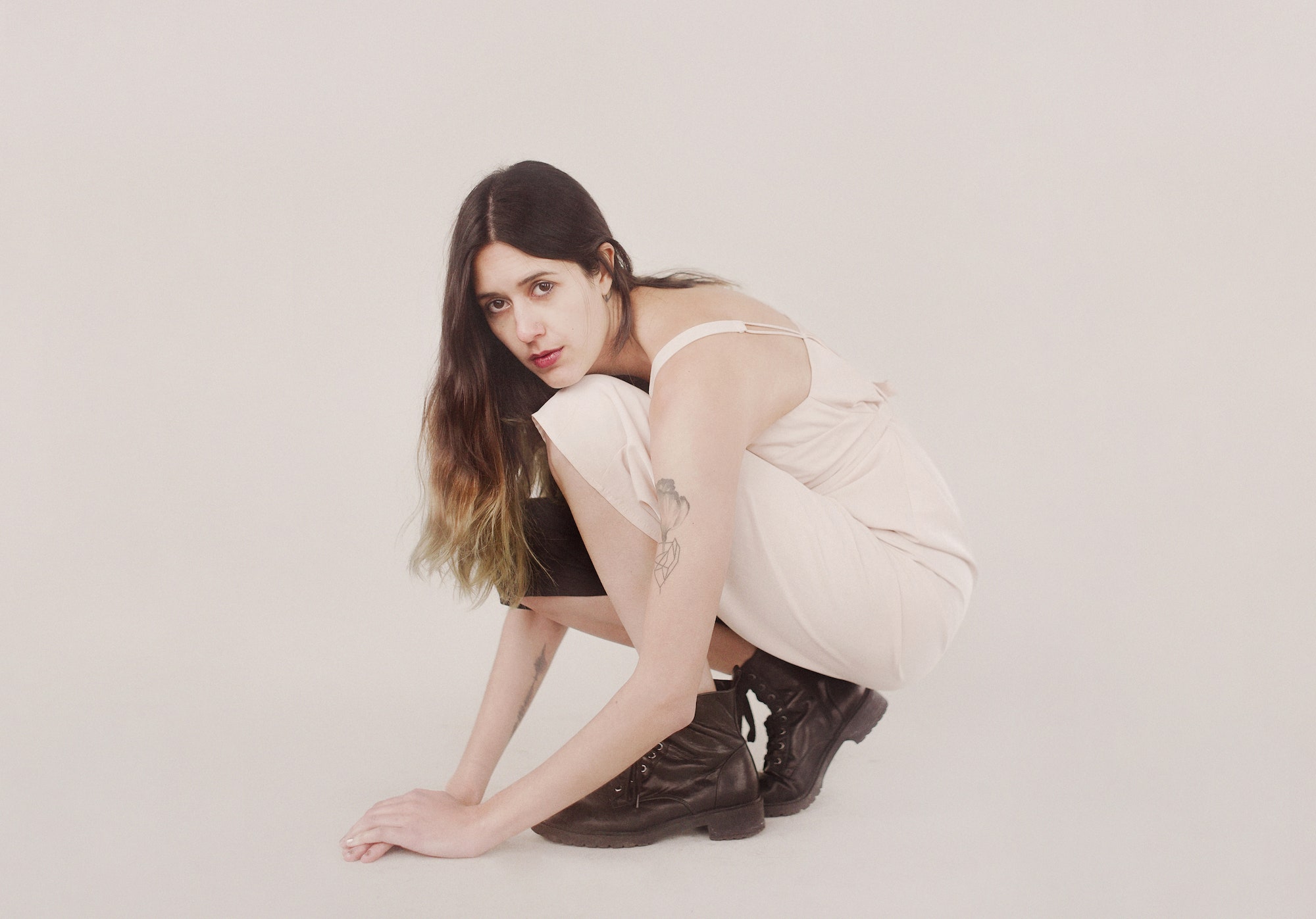 It’s rare that the person I’m interviewing makes me cry, but I’m on the phone with Half Waif’s Nandi Rose Plunkett, and the two of us are having a tearful conversation about her late grandmother Asha Chand, the inspiration behind much of Half Waif’s third album, *Lavender*. Plunkett recalls her grandmother, a refugee from both India and Uganda who eventually ended up in England, burning the titular herb over her stove, allowing the fragrance to waft over the family home. While Plunkett was raised in the United States, she visited regularly, and when touring Europe, her grandmother’s house was a required pit stop.

“She knew I was calling the album Lavender,” says Plunkett. “Two weeks before she died, she sent a card to me because I was moving to a new house. She signed it: *Love, Granny, with lavender in her heart.* She got that I was associating this with her. Now it gets to be out in the world, and parts of her are going out into the world with it.” She tells me it’s a joy to talk and sing about the woman who brought so much love into her life, her way of carrying the torch on her grandmother’s behalf.

“Something I told myself is when we lose someone we love, it’s so sad,” Plunkett says. “But the positive spin is that they don’t inhabit their body anymore so we get to have more of them on us. We get to carry more of them now because they can’t carry themselves in a physical form. I feel like I have more of her in me. Which is a good feeling.”

It’s a typically emotive statement from Plunkett, whose music is peppered with stories from her personal life. When mining her memories for 2016 album *Probable Depths*, she created percussion from samples taken around her childhood home, all the better to draw the listener into her world. Offstage, she has also earned a reputation for honesty; last year, she wrote (1) calling out the sexism she’s experienced as a female musician and writing about how that’s shaped her own insecurities.

“I keep coming back to that one little line of text in the comments section, dark and sharp as a spear: ‘The girl is beautiful and has a nice voice, but she doesn’t do anything for the band,’” she wrote. “What terrified me then, as it does now, was that this anonymous (male) voice on the internet somehow verbalized the exact fear that I carry around with me all the time: that I’m not enough. That no matter how many instruments I play — and how well I play them — I will never be seen as anything other than a silly girl: so cute for trying, but ultimately a useless prop beside the real musicians.”

Since then, Plunkett has stepped away from her former band Pinegrove to focus on Half Waif, initially a solo project that has grown to include bandmates Adan Carlo and her partner Zack Levine. The music is a complex web of beats and synths, tied together with Plunkett’s operatic soprano. It’s a mix the band dubbed mood-ring pop, a gobbled-together moniker that fits. On their past two albums, 2014’s *Kotekan* and 2016’s *Probable Depths*, heartache, identity, and even her parent’s divorce (“I was fourteen when I had to learn what it means / to be an adult / it wasn’t my fault”) are present in a way that often feels real to the point of pain, even as her command of musical language allows for swoony backdrop.

|||Plunkett and her late grandmother

Moving into writing Half Waif’s third album, Plunkett was stirred by the change she saw in her life: a decision to move from Brooklyn to Chatham so the members of Half Waif could pursue music full time without New York rent prices looming over their heads. The end of her 20s. (A trip to India next January in celebration of her 30th is in the works; she hopes to visit some of the areas her family is from.) And the final years of the woman she loved so much. Beginnings and ends and love in many forms became her primary subject matter.

Inspired by Julian Baker, with whom Pinegrove toured in 2016, Plunkett concentrated on what she calls lyrical “conscious creation,” writing straightforward lyrics from her sometimes-abstract feelings. Trying to find yourself when you’re engulfed in a relationship (“Silt”). Trying to carve out an identity in a society holding women to impossible standards (“Lilac House”). And coming to peace with the end of her grandmother’s life (“Leveler”).

“I only know how to be myself, and being so vulnerable creates an opportunity to see people and connect with people, which is a huge gift,” she says. “I’m OK with laying myself bare. When we listen to other people’s stories, it cultivates compassion. I think we all can benefit from being more compassionate.”

It’s that skill that Plunkett calls her secret superpower — a question I ask just to lighten the mood. There’s only so many tears one can cry. And on the verge of leaving for a U.S. tour, Plunkett’s happy to play *Lavender*’s heartfelt songs live. She knows her grandmother would be excited for her too.

“Enough time has passed where I’m not actively thinking about her every day,” she says. “I was thinking of her every day and crying every day. I’m moving on in some ways, and that’s sad. But I get to talk about her in interviews, and I get to sing these songs. This music will always carry a part of her. She would be happy that I’m living my life.”