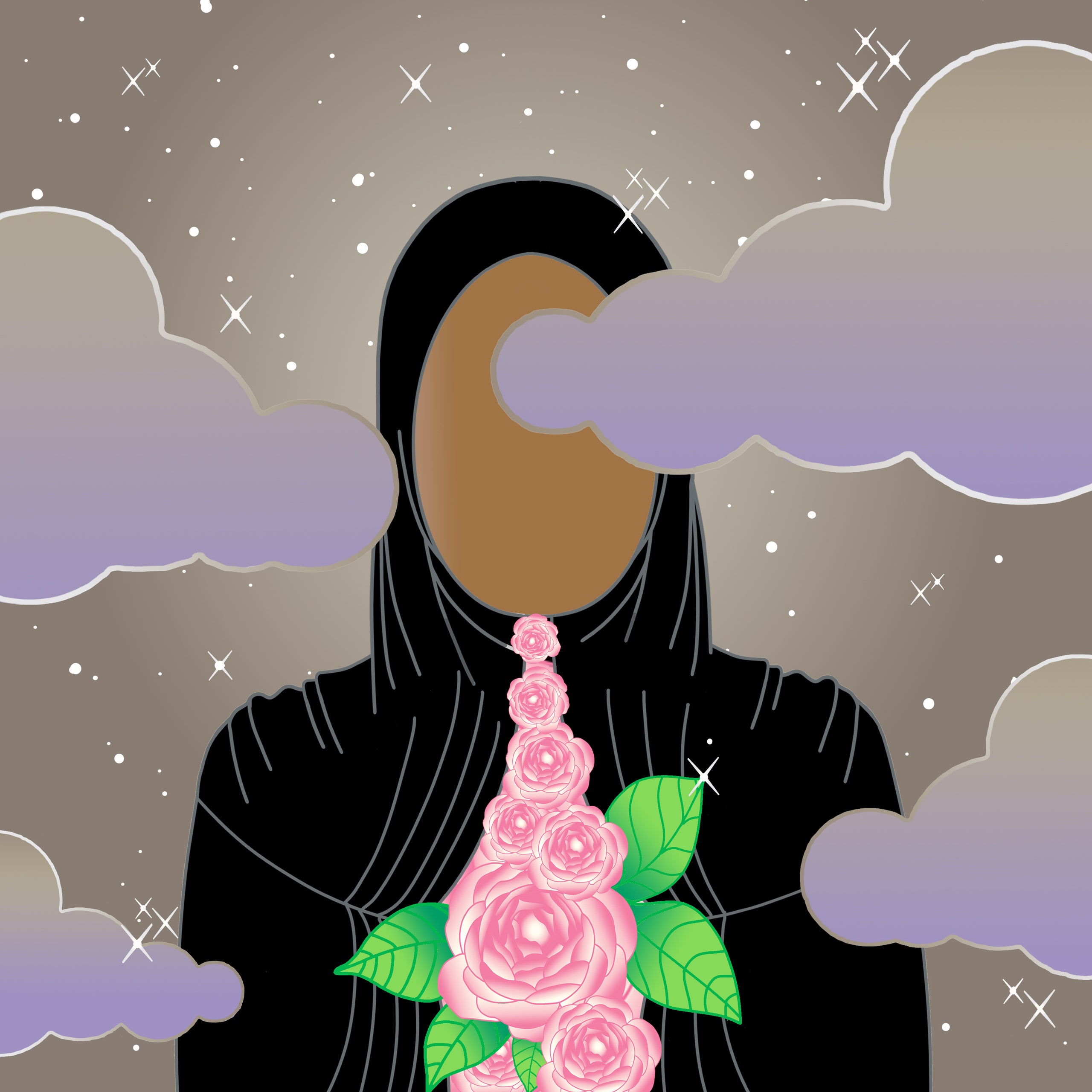 Mejgan Rahimi* was coming out of a doctor’s appointment and headed to the parking garage one clear morning near South San Francisco, California. Her attention was fixed on her three-year old-daughter, who was in the midst of a customary tantrum, when a man came up to her. Mejgan’s first instinct was to smile, until he moved closer.

“You fucking Muslim. When Trump gets elected, you better leave,” he said to her.

It was 2016, before Trump got elected, before the Muslim travel ban, before he (3) his most contentious Islamophobic comments yet. Fearing assault, Mejgan, whose face was framed by a hijab, went to shield her daughter, but realized she had someone else to protect as well — her unborn son.

She turned away and started to dial 911. But when she looked back, the man was gone. She called the doctor’s office to see if they had security cameras installed. They did not. She drove home that day terrified, her daughter in the car seat kicking up her feet, her hijab growing tighter and tighter, to the point where it felt claustrophobic.

“Not only was my oldest child in jeopardy, but my unborn child was in harm’s way,” Mejgan told me earlier this year.

And so, after weeks of contemplation, she decided to take her hijab off.

Removing your hijab is never a spontaneous act. Like most things, it is gradual, like the way you build (or unbuild) a relationship with the person you once called home.

For Mejgan, that relationship with the hijab was unbuilt in three years. She put on a hijab when she was 30 and came to the decision on her own, as a way to reflect her inner resolve and spirituality. The first year Mejgan wore a hijab, she loved it, but soon after she began to struggle.

Mejgan always had anxiety, but when her strong, willful daughter was born, it grew worse. Beyond the sleep deprivation that comes with being a new parent, she “started to feel intense claustrophobia.”

“I had felt this way before if I wore turtlenecks. If I got stressed out, it felt like someone was choking me. As my daughter got older and threw tantrums, my anxiety and stress level would go up, and I’d get more and more claustrophobic.” Like clockwork, anytime she was stressed over her daughter, any cloth stretched on her skin felt confining.

And so when the man verbally attacked her, it was the breaking point. “With my claustrophobia being what it is, wasn’t worth it. And when that incident happened, I started to realize that hijab is not for me.” She had worn it for five years.

When Muslims think of California, they think of the strong job market, the diversity — and, most importantly, safety. But with a seven percent increase in (4) the year Trump ran for office (1) 9/11), even California has lost its protective shield, making almost no place safe for a Muslim today. And at the front lines of this growing conflict are hijabis, the most visibly Muslim people, who bear every attack, every insult, with grace.

For Engie Salama, a UCSF pharmacy student who has worn a hijab for twelve years, these hate crimes escalated in 2015. She’d begun studying at one of the best schools in the country but was besieged by competitiveness, demanding coursework, and the perpetuation of microaggressions. Engie called election night in 2016 “one of the worst nights of my life,” but it was the San Bernardino mass shooting, in December, 2015, which occurred when Trump was campaigning, that made her feel unsafe to wear a hijab.

When Engie learned the shooting involved a hijabi woman as an aggressor, she knew people could easily draw a connection to her. Already anxious from being in such an unwelcoming environment, her first instinct was to hide.

“I started wearing wool hats to hide the fact that I was Muslim,” she said. “I felt like I blended in a lot better. I could say I was wearing it because it was cold outside.”

Engie donned the hat a few times a week, to run errands or do something quick outside her home. She was careful never to let her classmates see her, as she felt ashamed: Here she was — the former Muslim Student Union president of her undergrad, and soon-to-be president of the Muslim Student Association at UCSF — and she had altered the thing that “expressed the most.”

After a month, she grew weary of the disguise, putting away her hat for good, and went back to wearing a hijab in her customary, recognizable style.

“I regained my confidence and stopped caring what people thought,” Engie said.

But that hasn’t stopped people from assaulting her. Islamophobia first seeped into her life after 9/11, when she was bullied daily on the school bus by three boys, and continued in 2017: she was walking home from school when a homeless man started chanting “ISIS, ISIS, ISIS.”

She shook her head and kept walking.

“My experience toughened me up and strengthened my resolve, and I wear hijab daily as a sign of my resistance and activism,” Engie said.

Shereen Shamseldin, who has worn a hijab for seventeen years, lives 30 miles south of San Francisco, in the picture-perfect city of Palo Alto. To have that zip code is a stamp of privilege, smugly shared with big tech billionaires like Larry Page and Mark Zuckerberg. It is also the hub of Shereen’s California bubble, where she felt naïvely safe — until two weeks after Trump’s inauguration.

Feeling good about eating a healthy dinner, she and a friend were crossing University Avenue when a middle-aged woman, accompanied by a man and holding red cups, walked toward her, screaming, “You fucking bitch, what is that thing on your head? Take it off! Take it off!” The woman continued cursing, now only twenty feet away, and said, “You bitch, turn around and face me!” Shereen thought about engaging with the woman, but wasn’t sure if she was drunk and would physically harm them.

“What stood out to me the most was how much anger she had in her voice. Why does she have so much anger for somebody she doesn’t know?”

Shereen believes her anger came from fear. “She thinks Islam is going to hurt her or her country and doesn’t understand why I’m choosing it.”

Visibly Muslim and committed to wearing a hijab, Shereen spends a lot of her time trying to normalize herself to strangers, explaining how she can be Muslim and love things like *The Voice* or music by Taylor Swift at the same time. But now those conversations that used to bring understanding to others feel tinged with danger.

“Growing up in such a liberal area, everybody learns discrimination is wrong. Racism is wrong,” Shereen said. “And now you have somebody breaking that norm and being a bad role model for the mass population. He has emboldened people to think it’s OK to hate.”

From this influx of violence comes Muslim women creating change: they’ve started rapid-response systems on college campuses and signed up for self-defense classes. They’ve organized peace rallies and run for public office. Hijabis especially — once known only for their appearance — are now being recognized for their ongoing activism and contributions to society.

But this type of dichotomy has created a strange world for Muslim women, and marks curious questions for hijabis like myself — Do people like us? Do we belong? When will the hijab go from being tolerated to being celebrated?

**Name has been changed.*

*Mahin Ibrahim is a contributor to HuffPost and her work has appeared in Narratively and Amaliah. Her work will be published in the anthology* Halal If You Hear Me, *from Haymarket Books, in Spring 2019. Connect with her (2).*