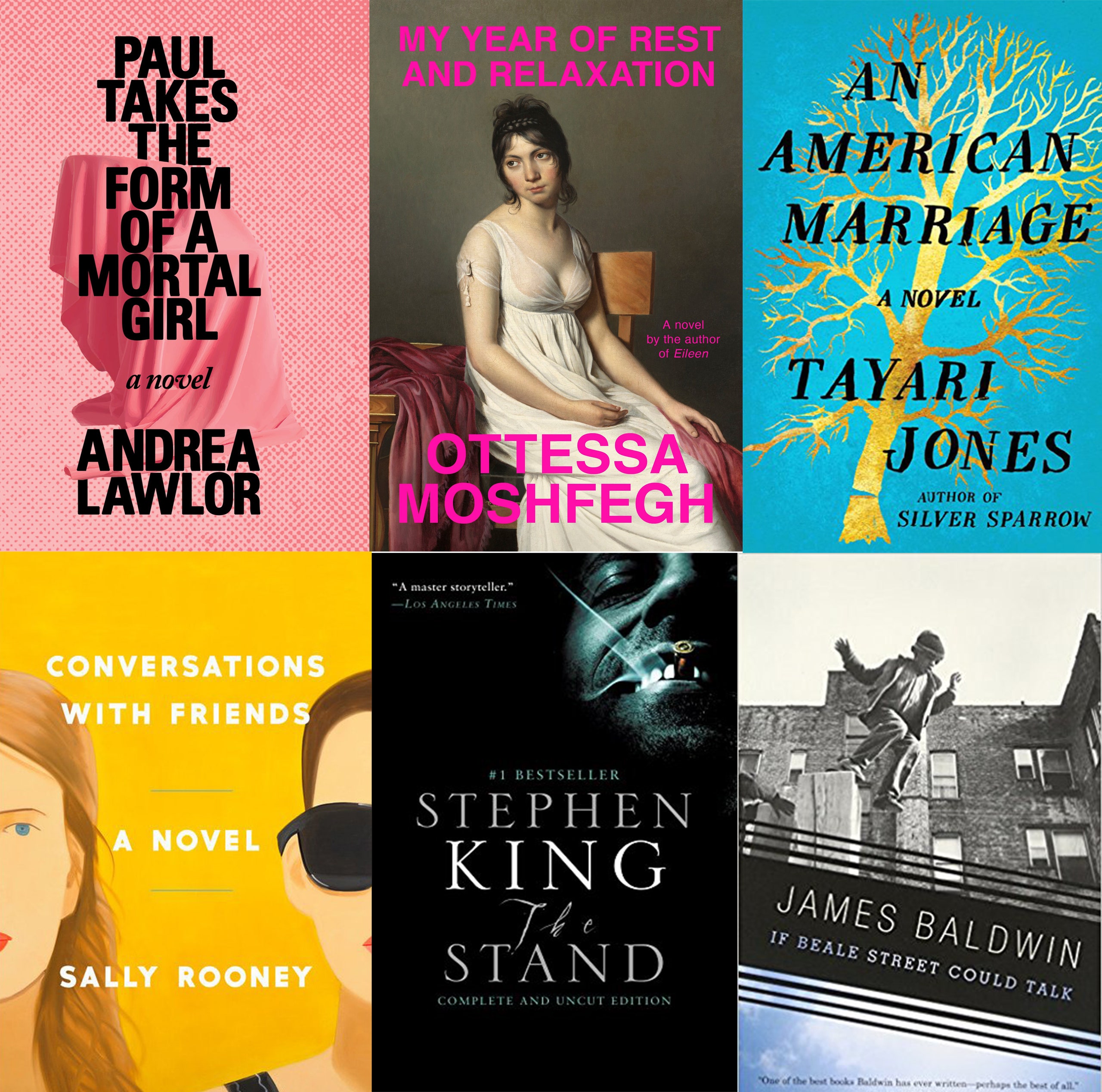 When we are recommended a book we usually ask, “What is it about?” But with Ottessa Moshfegh’s *My Year of Rest and Relaxation* (out July 10 from Penguin), we ask, “What isn’t it about?” This novel takes on self-hatred, feminism, sexuality, mental health, family, and big pharma — AND it’s really fucking funny. I don’t even want to tell you too much because I went in blind, loving Ottessa from her novel *Eileen* (also worth a read) and found myself hooting and hollering, vibing on a very different tip than her other work put me on. I’m so impressed that just one lady has written all these very special different things. Also, this book cover will have you kissing millennial pink goodbye and walking over to hot pink’s corner. About time!

One of my most vivid childhood memories is of the summer of 1992, when I spent endless muggy afternoons with my teenaged sisters as they watched SWV videos and the Democratic National Convention and copies of *Paris Is Burning* and *My Own Private Idaho* that my oldest sister brought home from her summer job at the town library. This novel takes me back to that very specific, early 90s cultural brew of queerness and sadness and deeply funny possibility — plus, it’s a sly homage to that other great gender fluid novel, Virginia Woolf’s *Orlando*. This book is endlessly inventive and makes me nostalgic for a past I never actually had. Not sure how it manages to do that and be super entertaining along the way, but best to take this type of magic wherever you can find it and not question it.

If you’ve ever thought how brilliant it would be if someone would publish your profound email exchanges with your best friend, that’s sort of what’s going in *Conversations with Friends*. Sally Rooney is masterful in pulling emotion from language. The book is a different kind of romance novel — seduction, adultery, and the complicated love of best friendship are all intermingled. It sounds cliché — but, trust me, the way Sally studies people is thrilling and new.

First, I read Tayari Jones’s *An American Marriage* (which I devoured in a week) and then I read James Baldwin’s *If Beale Street Could Talk*. And, by the end of it all, I was overwhelmed with so many emotions: sadness, heartbreak, anger, hope. Both of the novels center around similar premises — black men who are wrongly convicted of crimes they didn’t commit, and the toll that that injustice takes on their intimate lives and relationships. Yet both books have very different outcomes and readings on what love, happiness, and sacrifice means to each of the centric female characters.

*An American Marriage* is set in modern-day Atlanta while *If Beale Street Could Talk* is set in 1970s Harlem, but they both tell human stories which result in empathy and understanding — not stories that feel so right or so wrong or are so focused on trying to make political statements (on a very real, very present issue) that it feels contrived. I decided to read these books back-to-back because I wanted to see what type of ending both of the writers gave these love stories. What stuck with me was that both of the women Celestial (*An American Marriage*) and Tish (*If Beale Street Could Talk*) made the decisions they thought were best for them and their happiness: for one, that meant never giving up and, for the other, that meant deciding you’ve fought long enough. Again, neither decision is right or wrong (although one of them seems a little selfish), but what’s important is that they are the characters’ own.

I just finished Herman Wouk’s *Marjorie Morningstar,* where our heroine (Marjorie) gets tangled up with Noel, the man who will captivate and psychologically brutalize her for the rest of the book, doing summer stock theater. She’s an actress, he’s a director, she’s full of ambition and drive, and he’s an asshole. Classic! It’s a deeply interior novel, lovely and bittersweet, about all of the facets and scars our dreams pick up as we grow older. And about how sometimes, our dreams change so much that one day, we don’t recognize them anymore.

I also got into a friendly squabble with a friend over whether the ending of the book is feminist or not. I personally don’t believe a book has to portray feminist actions to be considered a valuable portrayal of female interiority, but any Lennys out there who have opinions on the book should definitely @ me because I’m dying to talk about it. It’s like if Phillip Roth wrote a novel about a woman set at the summer resort from *Dirty Dancing*.

Also, every summer I reread Stephen King’s *The Stand*. Normally I do this because it captures summer’s peculiar energy perfectly (stagnation vs. energy; oppressive heat vs. verdant growth), through a nightmare vision of that ur-summer trope, the great American road trip. In 2018, it’s REALLY appealing to the part of me which hopes all of society will collapse and I’ll get to wash my laundry in a stream and not ever file a W-2 or read Twitter again. Plus, (5) in development, so it’s very zeitgeisty.