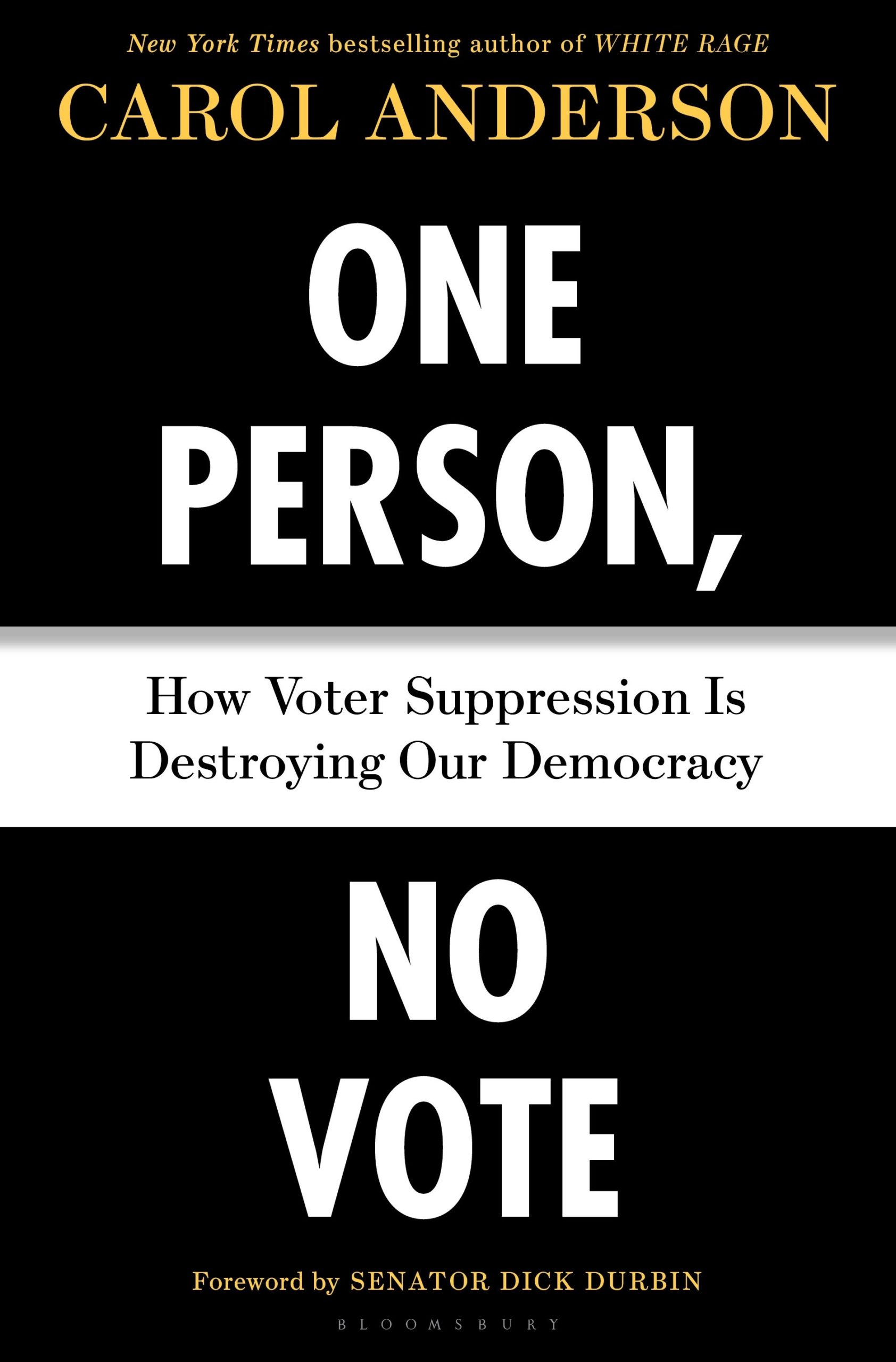 Unfortunately, the assault on democracy is not only about the way congressional and legislative district lines are drawn. The undermining of democracy is also achieved in the way long, seemingly interminable lines at the voting booth have been artificially created. We’ve seen the results: A five-hour wait in (3). A line with four thousand people stretching for one quarter mile in (4). Lines in (5), bending beyond the photographer’s lens and melding into the horizon.

Those lines, and so many others just like them, take their toll. Studies are clear that lower confidence”] (11) that a ballot will actually be counted, “and impose economic costs on voters.” Moreover, just as voting is “habit-forming,” (6). Once discouraged, it becomes a difficult pattern to break.

As endemic as long lines have become, however, they are not a fixture in most communities. The conditions that bring about five-hour wait times, or thousands standing in line, or only forty people able to get through and cast their ballots after three hours, are concentrated overwhelmingly in minority precincts. Inability to exercise that fundamental right to vote is (12). In 2012, on average, blacks had to wait in line twice as long as whites. In the “10 Florida precincts with the longest delays . . . almost 70 percent of voters were Latino or black.” Nationwide, in the 2012 election, whites who lived in white neighborhoods had the shortest wait times of all citizens—just seven minutes.

Behind the lines, beneath the sometimes hours of waiting, is a deliberate and cruel hoax played on millions of citizens. Minority neighborhoods, despite their population density, have been allocated significantly fewer resources by election officials. There are fewer poll workers. Fewer operable machines. And (7), as Republican legislatures, such as those in Ohio, Indiana, Florida, and North Carolina, have slashed the days and times available for early voting. Early voting has, in previous elections, been one of the key ways to take the economic burden off a generally working-class population that had been forced to choose between voting on Tuesday and missing hours at the job, or going to work and not participating in electing the officials and policies that affect one’s life. For instance, one study found that in 2008, before Florida reduced early voting, African Americans were only 13 percent of the electorate, but more than 35 percent of those who voted before Election Day. The conscious decision of election officials to shortchange Latino and black neighborhoods’ access to the polls, to place older, barely working, and, in the case of Detroit in 2016, (13) wreaks havoc on democracy.

In Ohio, for example, the secretary of state allocates only one polling station per county for early voting. On the surface, that gives the aura of fairness and equity. But all counties are not equal. Pickaway County has fewer than sixty thousand residents total. Hamilton County, where Cincinnati is located has a population of more than eight hundred thousand. Despite this seismic disparity, each had only one early voting polling place available. There were, obviously, no lines in Pickaway County. Hamilton County had a line that stretched a quarter mile.

This electoral resource distribution policy uses geography as a proxy for race and puts a distinct burden on voters who live in major urban areas in the state—Cleveland, Columbus, Cincinnati, Dayton, etc.—and, therefore, disadvantages blacks. Whereas Pickaway County has only 1,881 African Americans, Franklin County, where Columbus is located, has more than 274,000 African American residents. The allocation of one early voting spot, especially for a population whose median income is a full twenty thousand dollars below the state median, is designed to corrosively and subtly lower black voter turnout. When pressed to account for a policy that could have this kind of deleterious impact, the chairman of (8), “I guess I really actually feel we shouldn’t contort the voting process to accommodate the urban—read African American—voter turnout machine.”

Other ploys to strip election resources from minority communities abound. By the time the 2016 election was held, there were (1) available in counties previously monitored via the Voting Rights Act. North Carolina, in a “subtler maneuver” than the gerrymandering and voter ID laws that landed the state in court, “moved the location of almost one-third of the state’s early voting sites,” which then “significantly increased the distance African Americans have to travel to vote early, while leaving white voters largely unaffected.” This was deliberate. An earlier study indicated that for every one-tenth of a mile increase to a polling place, voting by registered black voters declines by 0.5 percent. This suggests that (2)

In Macon, Georgia, election officials voted to move the new polling station for the African American precinct to the sheriff’s office. In Sparta, Georgia, a poll consolidation left the one assigned to the majority black neighborhood seventeen miles away. Only heightened vigilance and major protests in both cases stopped those moves. In Florida and Texas, the legislatures changed the laws to make voter registration drives or assistance difficult to organize by requiring months of courses or sworn oaths under the penalty of felony criminal prosecution, short and unreasonable turnaround times to submit registration cards to election authorities, and unnatural county barriers on registration activities that ignored the growth of multi-county metropolises. The result in Florida was that the League of Women Voters, which had led voter registration drives for seven decades, ceased operations, pulled out of the state, and sued. In Texas, voter registration is so onerous, criminalized even, that there are (9). Texas and Georgia have also interpreted laws about “assisting” at the polls to ensnare a young man helping his Bengali-speaking mother translate a ballot, and an African American second-generation civil rights warrior in southern Georgia, who, when asked, simply showed a young woman how to use the voting machine. Both the son and the black doyenne then faced felony charges, which, by design, sent a strong warning signal to both their communities.

In short, rigging the rules to suppress or dilute the vote of millions of citizens to affect the outcome of an election has come almost naturally to many of these politicians and public officials. Tweaking a line here or creating a longer line there has displayed the high-tech wizardry of “blunt-force computer-driven” gerrymandering and the low-tech, traditional means of starving minority communities of resources necessary to participate fully in American democracy.

Yet, none of this has gone unchallenged. The numerous lawsuits, the protests, the op-eds, the investigative journalists digging into the arcane minutiae of electoral law and legislative intent, all indicate that the light cannot be snuffed out. As one woman who took on Georgia’s attempt to move the polling place for the black community to the sheriff’s office noted, (10)

*Carol Anderson is the Charles Howard Candler Professor and Chair of African American Studies at Emory University. She is the author of* One Person, No Vote: How Voter Suppression is Destroying Our Democracy, *and* the New York Times *bestseller* White Rage, *which won the National Book Critics Circle Award, Bourgeois Radicals, and Eyes off the Prize. She lives in Atlanta, Georgia.*