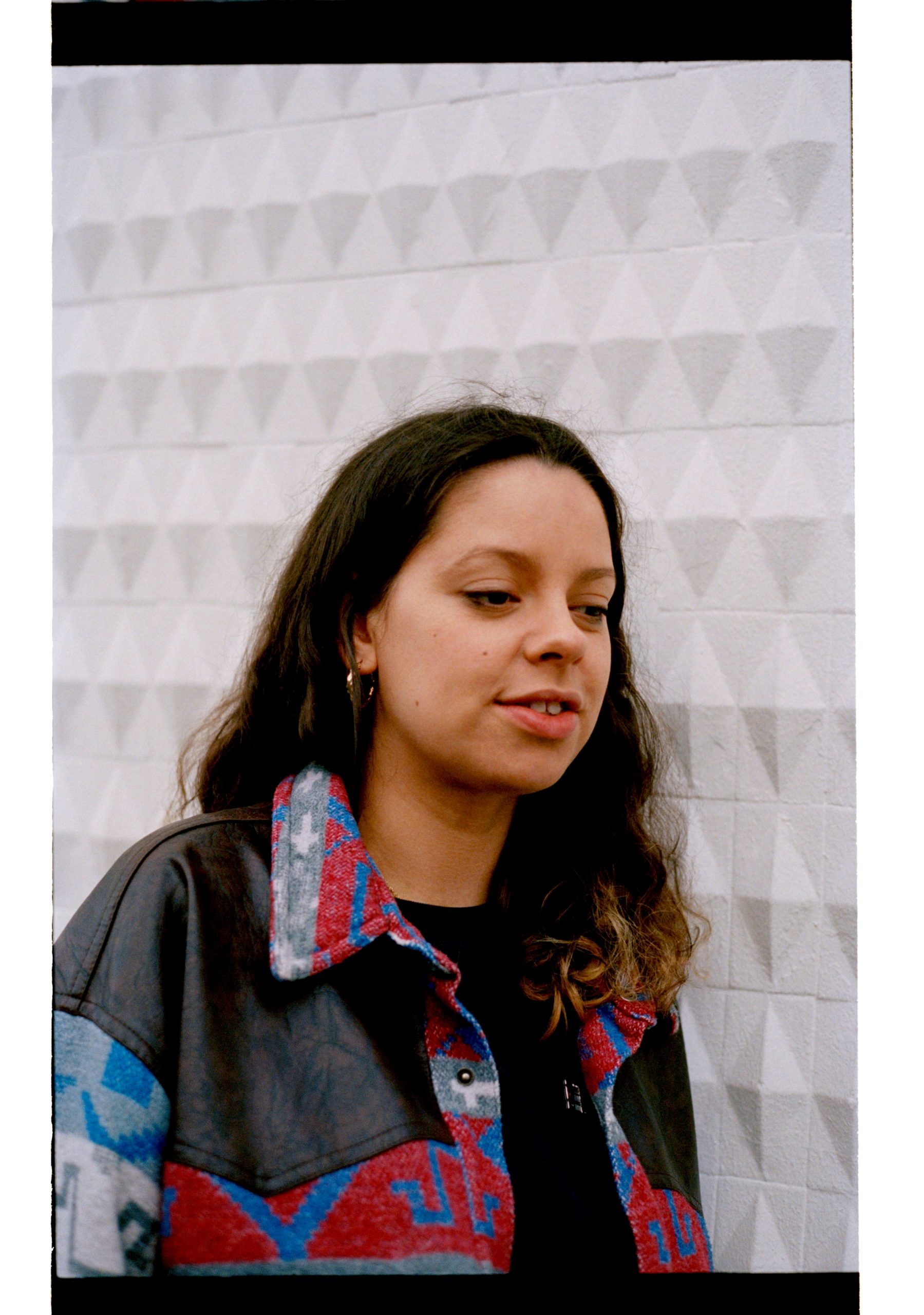 Tirzah Mastin has been making music for decades. The South London–based musician started playing the harp at age ten. As a teenager, she attended the Purcell School for Young Musicians, outside of Watford, where she serendipitously crossed paths with Mica Levi (a.k.a. Micachu) in the midst of receiving classical training. Their musical partnership slowly began to take shape, and in 2013 they dropped their debut EP, titled * (1)*, followed by the EPs * (2)* and (3). But it wasn’t until this year that the duo released their debut full-length album, *Devotion*.

Mastin and Levi never felt pressured to rush their creative process. Instead, they have gone about their lives off the grid and collaboratively channeled those experiences into a branch of experimental pop music that feels authentic. Mastin describes the eleven tracks on *Devotion* as “a mixed bag of personal experiences, friends around me, thoughts, and feelings,” which she tells me she intentionally rewrote as love songs.

There’s an overwhelming sense of intimacy and vulnerability that flows out of this record. Take the Coby Sey–assisted title track as a prime example: Mastin’s pleas for attention, acceptance, honesty, loyalty, and devotion don’t come off as desperate. Instead, her tone is assertive, spinning those pleas into reasonable demands.

I spoke with Martin about her new album, working with Levi, and what devotion means to her.

**Sydney Gore: Why did you decide to name the album *Devotion*?**

**Tirzah:** There’s a track on the album called “Devotion,” and I don’t know if that came first or the album came first, but I think we were really just getting to the end of it and thinking, like, *OK, here’s a bunch of straight-up love songs. What is gonna embody that?* I feel like *Devotion* does what it says on the tin.

**T:** Family life is what I’m most devoted to right now. My baby, my partner, my family and friends.

**SG: Love is so important in relationships with friends and family. I think it’s so interesting that you and your music partner have been able to maintain both a seventeen-year-long friendship and a working relationship. How have you been able to make that work?**

**T:** I really think it’s just to do with the music. I was working. Mica had loads of projects that she was doing. when we would meet up we’d be like, “Oh, let’s do some music as well.” It became this one thing. It was no pressure, just a really nice thing to have aside of what you do every day. It was just an extension of being mates.

**SG: When you were starting out, did you ever think you’d have such a huge body of work together?**

**T:** No, I don’t think we did. Maybe somewhere along the line we were thinking, L*et’s try to put this up online, or find a spot for it somehow*, but over the years we never really did. I think it was when Greco-Roman put our single out for us. That’s where it kind of started. Before, we were sort of stockpiling songs and things with no intention of an outlet. The most we thought we would do was performing.

**SG: People tend to look toward the UK as this hub for music. Is there anything in particular about South London that stands out as unique?**

**T:** I’ve been in South London for three or four years; my partner has been here all his life. It was all separated from the rest of London by transport links. People just couldn’t really get to South London, so they were forced to make a community for themselves.

**SG: What are you hoping that people take away from your record?**

**T:** Any way that someone connects with it is a really great thing. I couldn’t ask for anything more than that.

*Sydney Gore is a writer and editor living in New York.*