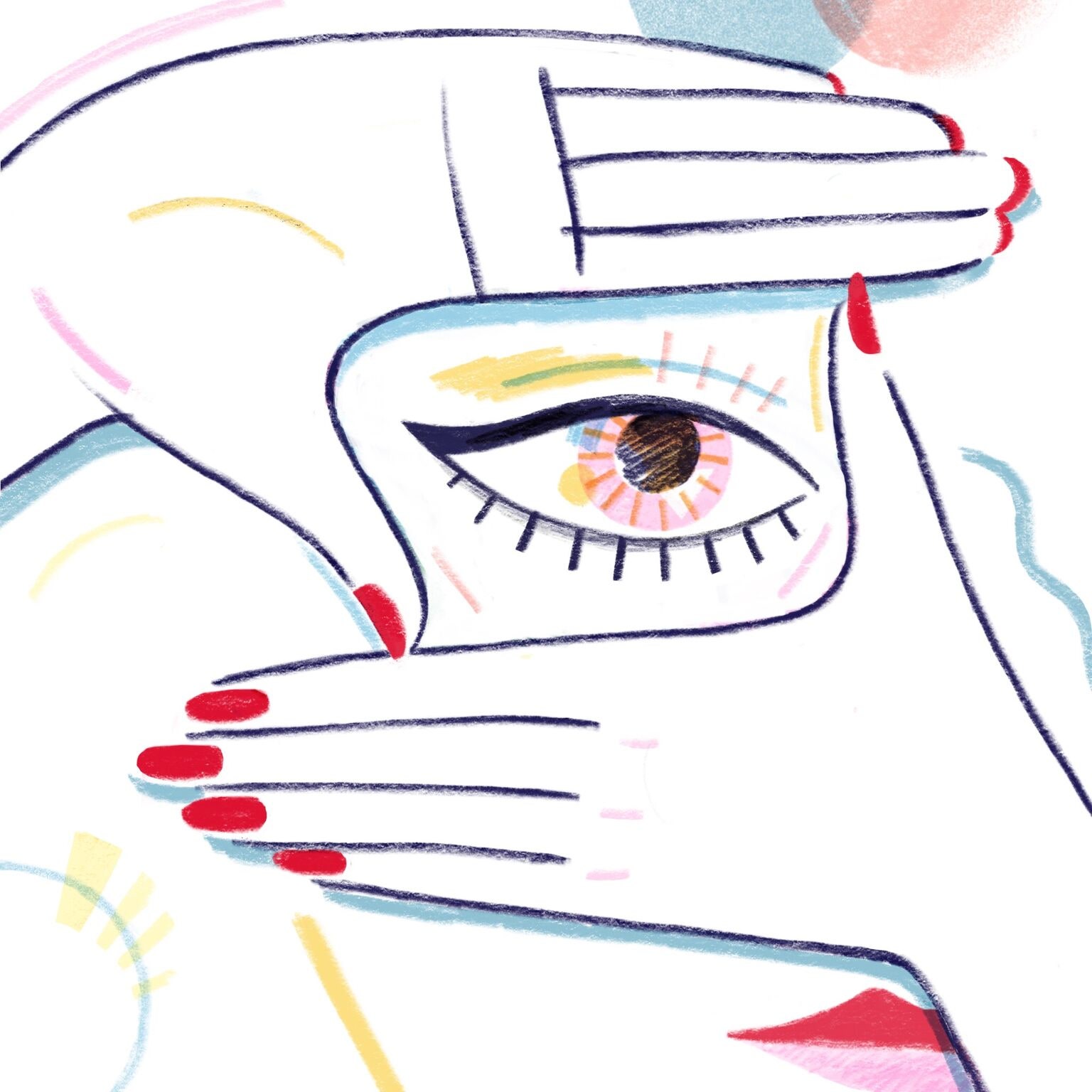 We know Hollywood is a boys’ club. Studies show that women are woefully underrepresented in so many fields across the board, but the noise and intolerance around this is getting louder. Female stories, and their writers, directors, actors, producers, and cinematographers, will not be ignored any longer. Historically, one of the most male-dominated departments has been the camera department, and female cinematographers (directors of photography, or DPs) in particular have been egregiously underrepresented.

Cinematography is a science and an art. With a mastery of lighting and camera work from both a visual and technological perspective, a DP is on set to establish and then protect and maintain the look of the project. They select the camera and the lenses, they set the light, and they are the head of the department that touches every image. They have arguably the hardest job on a set. They travel constantly, work incredibly long hours, are on their feet all day, and manage an entire department. They have to execute the creative wishes of the director while simultaneously pushing through their own artistic vision. They bring the audience into the story, capturing the whole spectrum — from intimate and emotional moments to epic landscape shots to high-octane action. They have to make you feel everything. DPs are, in essence, the director’s right hand and the actors’ rock.

The glass ceiling for female DPs has technically been broken — Brianne Murphy was the first woman admitted to the American Society of Cinematographers in 1980 — but rather than a flood, what followed was a trickle. But finally that seems to be changing: there are a bunch of female cinematographers straight killing it — working in commercials, documentaries, television shows, and movies.

I spoke with six female cinematographers, with a variety of experience in the business — some have been at it for more than twenty years, and some are earlier in their careers. Now, in their own words, excerpts of interviews with (7), (8), (1), (2), (3), and (4), a diverse group of DPs who refuse to back down and are responsible for some of the best and most beautiful projects out there. We would all be lucky to work with them, and we can’t wait for more young women out there to join their ranks.

**AMY VINCENT** **(_Black Snake Moan, Hustle & Flow, This Film Is Not Yet Rated_):** I have to say that at the time I started, I did not know that I was going into a profession that was so male-dominated. I had no idea. I suppose if I had had any idea, I probably would have wanted to do it even more …

**ELLEN KURAS** **(_Away We Go, The Betrayal, Eternal Sunshine of the Spotless Mind_):** I really don’t think about having broken the glass ceiling. I think of myself as someone who has a really cool pair of glass cutters in my back pocket, and I get to the ceiling and calmly edge a hole out of the ceiling and then I get a “ting!” and I just push it through and then I climb in like, “Oh, I’m here.”

**NATASHA BRAIER** **(_Neon Demon, The Rover, Swimmer)_:** I would say in the first ten years I really had to fight to be accepted as a cinematographer and to prove that I could as a woman. I was using my masculine energy a lot more. Then, when I got older and more established, I would relax a little bit and be myself because I didn’t have to prove myself so much. I wasn’t in defensive, fighting mode.

**REED MORANO (_Meadowland, Vinyl, The Skeleton Twins_):** People still ask me — even now — “How heavy is the camera?” when it’s their first time working with me. A lot of people just haven’t really seen a woman doing it, even in this day and age. I don’t take offense, and I sometimes take pride in it when I get to tell them, “It’s 40 to 50 pounds, depending on what lenses are on it.” They’re like, “Whoa.” It’s okay if they’re impressed by that. I don’t think we, as women, should be insulted by that question, unless they’re saying, “Do you need help with that?,” in which case I would be like, “Get the fuck out of here, dude.”

**BRAIER:** Like most cinematographers, I travel too much. I work where the most interesting projects are for me, so I keep moving all the time. There were a lot of occasions where I think I got the job because it was a director thinking, _Oh, it would be really interesting with a woman DP._ Of course, those are the ones you find out about. The ones where you were just crossed off the list by someone , you would never know.

**NADIA HALLGREN (_Trouble the Water, Trapped, Citizen Koch_):** I’m struggling with the balance of trying to have a personal and a social life as well as continuing to do the type of work that I’m doing. My experience now is you work so hard to get to a place in your profession where you are being sought out by some of the best directors and people that you always imagined you would love to work with and to work on some of the best projects. It’s so hard to say no to those opportunities.

**KURAS:** I just find it ironic that women get blamed for being emotional and yet, when it comes to movies, the thing that catches people in movies, and the thing that moves people in movies, is the emotional component in the story. How we identify with the character. I think that women are absolutely suited to this profession because they are able to tap into the emotional core of the story and are able to translate and impart that on film.

**EVE COHEN (_Be Somebody, The Visitor, Like the Water_):** The next step is just realizing that it’s not actually even a risk to hire a woman to do something. The risk is you haven’t worked with somebody. The risk is this person hasn’t done this kind of film before. There’s always going to be a moment where you take a chance. You _have_ to take a chance. I want it to not be a big deal anymore. I want it to just be a shrug that I’m a woman and a DP and not like, “Whoa, that’s so amazing!” It’s great to hear “That’s so amazing,” but I want it to be amazing just because I’m a cinematographer, not because I’m a woman.

**VINCENT:** I think that being well trained, being secure and confident in your technique — including the equipment, the math, and the color science — is a really great foundation so that nobody can question your abilities. It’s almost like a big box that you climb up on, and you stand on it with confidence all day, every day. I think that’s a great place for any cinematographer to put themselves — male, female, young, old. You have to stay current with the technology, and you have to stay current with how things work on set because things have changed a lot over time. I also think that you have to be nice.

**MORANO:** The relationship between a director and a cinematographer is really interesting. It’s a lot like brother and sister, mother and child, husband and wife. It can, actually, at different times during the shoot, fall into shrink and patient. It can fall into all of those categories. You really lean on each other.

**HALLGREN:** When I’m in a moment with a director, we just look at each other, and we know what the other is thinking. That’s when I feel like we hit that moment. I know what they expect of me, and I also know what is possible in making that scene or that moment resonate with an audience. That’s always what the end goal is for me. This is going to be in a movie theater, and is the audience going to experience this moment the way I’m experiencing it? How can I translate that?

**KURAS:** I wear dresses whenever we do crane shots just to make a point. I wear skirts and dresses; you’re blowing up cars, being yourself, and dressing as you do. “Subvert the expectation” is a really great way of describing it. You’re expecting me to be a certain way; well, I’m not going to neuter myself. I’m going to be myself. I’m going to put it in your face.

**BRAIER:** There has been a bit of everything in sixteen years, but yes, when it’s rolling, it’s like falling in love, like jamming and dancing together; it’s magic and you never want it to end. I try to choose directors that inspire me a lot and that I feel I can get that sort of connection and co-creation experience. Sometimes you don’t make the right choice and you realize too late, and then it’s not that fun, but there’s always something to learn from that experience. You just take a deep breath and try to get the best out of it.

**COHEN:** I would absolutely recommend this to anybody. I’ve heard it so many times and I never really understood what it meant, but people would always say to me, “Well, you have to love it because it’s hard.” It is actually true. You have to really be so excited to be on set, and so excited to be working, that you will put up with weeks and months where you don’t have work and you’re in a really low point of this roller coaster. You have to wait for it to come back up and you’re doing everything that you can. You just can’t give up on it.

**VINCENT:** I wear my motorcycle boots because I commute to work every day on a motorcycle, and it reminds me all day long that I am a badass.

_These interviews have been condensed and edited._

_Goldie Goldberg believes in ordering pancakes for the table and wearing sweaters in LA and NY._