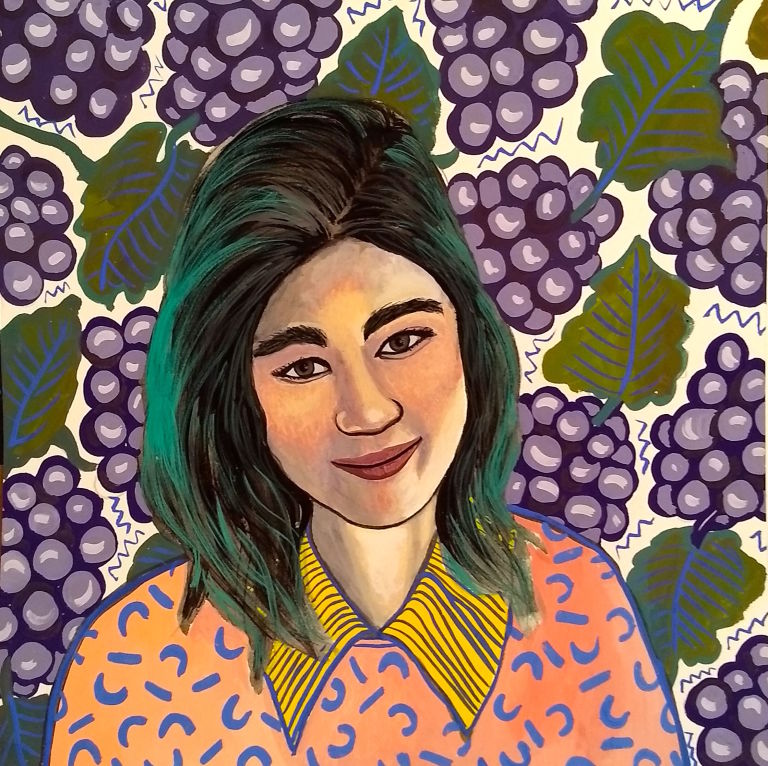 Here is the way Lena and I like to staff: We hire people who know more than we do and then let them do their jobs. We have been lucky enough to find truly talented people who are genuinely better than us at what they do. Ericka Naegle started as my assistant on *Girls* and made it clear she had what it takes to run our film and television company, which she now does with skill and style. We met *Lenny*’s editor, Jess Grose, who is the fierce protector and cocreator of the voice of *Lenny*. And we found Lenny’s deputy editor, Laia Garcia, who created the visual style that is Lenny and so much more. (Also, she’s cooler than all of us put together.) This is all to say that I think we are pretty fucking great at finding talent and letting them do their thing.

Jenny Zhang is no exception.

When we were first offered the opportunity by Random House (shout-out to Andy Ward!) to start a *Lenny* imprint, our minds cracked open. Here was yet another chance to get the voices of talented people into the universe — sometimes even in hardcover.

We feel so lucky to be a part of bringing her beautiful book * (1)* to you. It’s crushing and moving and gorgeous in all the right places. It’s full of stories I promise you have never heard. Jenny’s voice is exceptional, and we are honored to have her as the author of our Lenny imprint’s debut.

Lena was lucky enough to sit down with her and ask Jenny questions about telling immigrant stories, about finding mentors, and about her poetry. I’m jealous because I have so many more questions. And so will you.

__Lena Dunham:__ I wonder if you could talk about the role that your parents played in the book. So many of the stories are about parent-child relations, and at times you even use your real last name. Even though it’s fiction, what instincts did you have to protect them? What instincts did you have to expose them for everything that they did wrong? How did all that intersect for you?

__Jenny Zhang:__ No matter what identities I take on, my first identity is always my parents’ kid. Whatever stability I have in my life is because I always knew that even if every single person in my life turned against me and said that I was trash, I would have a home to go to where I would be loved.

I feel like there’s often an interest in exploring the ways in which young people hate their families, and rebel against their families, and are done wrong by their parents. That’s definitely a facet of the teens and the kids in these stories. But a lot of these characters, they’re more haunted by loving their families too much than not loving them enough.

I think there’s this hunger for stories about immigrants who reject their families, or feel like their families don’t understand them. I wanted to explore that and also explore another reality, that a lot of second-generation kids love their families and feel indebted to them.

__LD:__ You started writing the book and we started talking about the book way before Donald Trump was elected. Now you’re in this position to start this conversation about immigrants and about what the reality is for families who are coming here. How do you feel about taking that on? Do you feel like these stories are political?

__JZ:__ Everything radiates intensely with the politics around us, and everything takes on intense stakes. One of the conversations that came up in the aftermath of Donald Trump and the Muslim travel ban is like, “Who are the good immigrants? Who are the good refugees? And who are the bad immigrants?”

The people I’m writing about, they’re, on paper, the “good immigrants.” I don’t mean to condone that binary way of thinking, but that’s how they would be seen. They’re coming to the United States to get higher degrees of education, to get PhDs. They work hard. A lot of them become upwardly mobile. I also wanted readers to be exasperated with them. I wanted readers to be frustrated with the choices they make, and trouble the line of these are “good immigrants.”

In the first story, for example, “We Love You Crispina,” they’re kind of bad. They’re kind of selfish. They’re not very forward-thinking, they don’t really plan for the future. They’ll spend the last $5 they have on ice cream instead of putting it away for rent, and then they become homeless. They steal, they cheat, they’re not grateful for the things that they have been given.

__LD:__ I love the fact that the father’s having this other relationship. The culture has a tendency to desexualize Asian men, and to create a situation in which he’s with multiple women — that felt revolutionary to me.

__JZ:__ He’s like a Lothario. He’s like a fuckboy immigrant who shamelessly brings his lovers and mistresses home. I wanted to test the limits of what people could accept about someone who looks like me. I wanted to test readers’ patience and be like, “Do you still believe this family, despite the 1,000 mistakes they made? Do they still deserve decent human rights like shelter, food, education, health care?” That wasn’t in my mind when I was writing these stories, but I think it became increasingly clear to me after the election that would be part of the fabric of these stories.

__LD:__ You have worked as a poet, and you’ve published books of poetry. I wonder how the two processes were different for you.

__JZ:__ I’ve been working on these stories for much longer than I’ve worked on anything else. I started writing the first story in this collection when I was 19. I wanted to write about kids because kids have a kind of poetry. They’re really blasphemous with words. They are not quite as self-conscious about speaking “wrong” or making mistakes. I did want to write about kids because I wanted to be able to play. In these stories, these kids will go on and on in their run-on sentence for like two pages. They’ll repeat themselves or they’ll constantly misuse colloquialisms. That’s something that I’m drawn to in my poetry. There’s a bridge to that in these stories.

__LD:__ You do a really interesting thing, which is you use your name, but then you use other people’s names. I know in England they call it auto fiction. The thing that’s been exciting for me about writing fiction has been like, “Oh my God, I never have to use my own name or anybody’s name.” I wondered where that instinct came in for you.

__JZ:__ I was really inspired by women, including you, who dealt with the inevitable rush to weave her autobiography into anything she makes, even if it’s completely fictional. I like getting ahead of the inevitable “Isn’t it all about you? Aren’t you just writing about yourself?” I felt like if I was going to write stories about young Chinese-Americans living in New York, I know that a lot of people are going to assume that I ripped the pages from my diary, that my imagination could never extend beyond myself.

A lot of these stories came from a kernel of emotional autobiography, a feeling that I felt. The actual people, the things that happened, the names, I fictionalized as much as possible. I never started from a fictional feeling.

__LD:__ Growing up, were there any female Asian writers who you could look up to? Or did you feel like there was a whole world that was shut to you?

__JZ:__ I think a lot of people who love reading and writing but don’t see themselves reflected in books that are part of the Western canon become really adept at connecting to writers who are really different from them, writing about really different places and people. That’s how I grew up reading, and that’s what I was used to.

I wanted to be like Frances Hodgson Burnett, I wanted to be the person who wrote *The Secret Garden*. I wanted to be Francine Pascal, even though I know she didn’t write any of those Sweet Valley High books. As I got older, I started being like, “This can’t be it. There has to be more.” I read Amy Tan and Maxine Hong Kingston; I loved reading them in middle school. Then, as I got older, I started to make more of a concerted effort to seek out Asian American writers and women writers. But there’s a major dearth.

__LD:__ You stuck with these stories for almost fifteen years. What was that process for you? How often did you feel like, “You know what? Fuck these. Keep them away from me. I never want to see them again.”

__JZ:__ You can coast on self-belief. I think it’s good to tell yourself that you can have a lot of chances in life. I mean, I went to Stanford; I had a huge chance there. I went to the Iowa Writers’ Workshop — many chances there. I wrote these stories, and each time I would get really good feedback and really bad feedback. I’d have teachers and peers who would encourage me, but I would also have teachers and peers who would be like, “You should stop. You’re not good at this. You’re unfit.” Or “Your best shot is if you could somehow convince a publisher to publish you for diversity reasons.”

It’s good to have some kernel inside you that is safe and untouched from others, and for me, that kernel is just, I really liked writing these stories and I really think that I have something to say. And that’s unaffected by praise or insult.

__LD:__ That’s the best, in a way, because it gives us all this space to be ourselves, but it’s also the worst.

__JZ:__ It’s the best and it’s the worst, because it chips away at your core when you listen to what people say to you and about you, or about other people. It’s just like this overload of feedback, and writing definitely merits and deserves feedback.

For young writers who are starting out, it’s good to meet one or two other writers who you really admire, who you have mutual admiration for, and have this private analog world with them. I have that. I think those friends kept me sane, especially in the years when I was like, “I keep getting rejected. I can’t find an agent and everyone else is already on their second book.” My friends were like, “Just relax.”

__JZ:__ I think it’s really hard for women of color, and women in general, because when there’s scarcity, it causes people to be competitive. The other thing is, for women of color, you have to destroy the idea of the correct path and just go on a weird journey that is your own.

*This interview has been condensed and edited.
Lena Dunham’s heart is more spicy.
Jenni Konner sometimes regrets changing her Y to an I when she was twelve.*