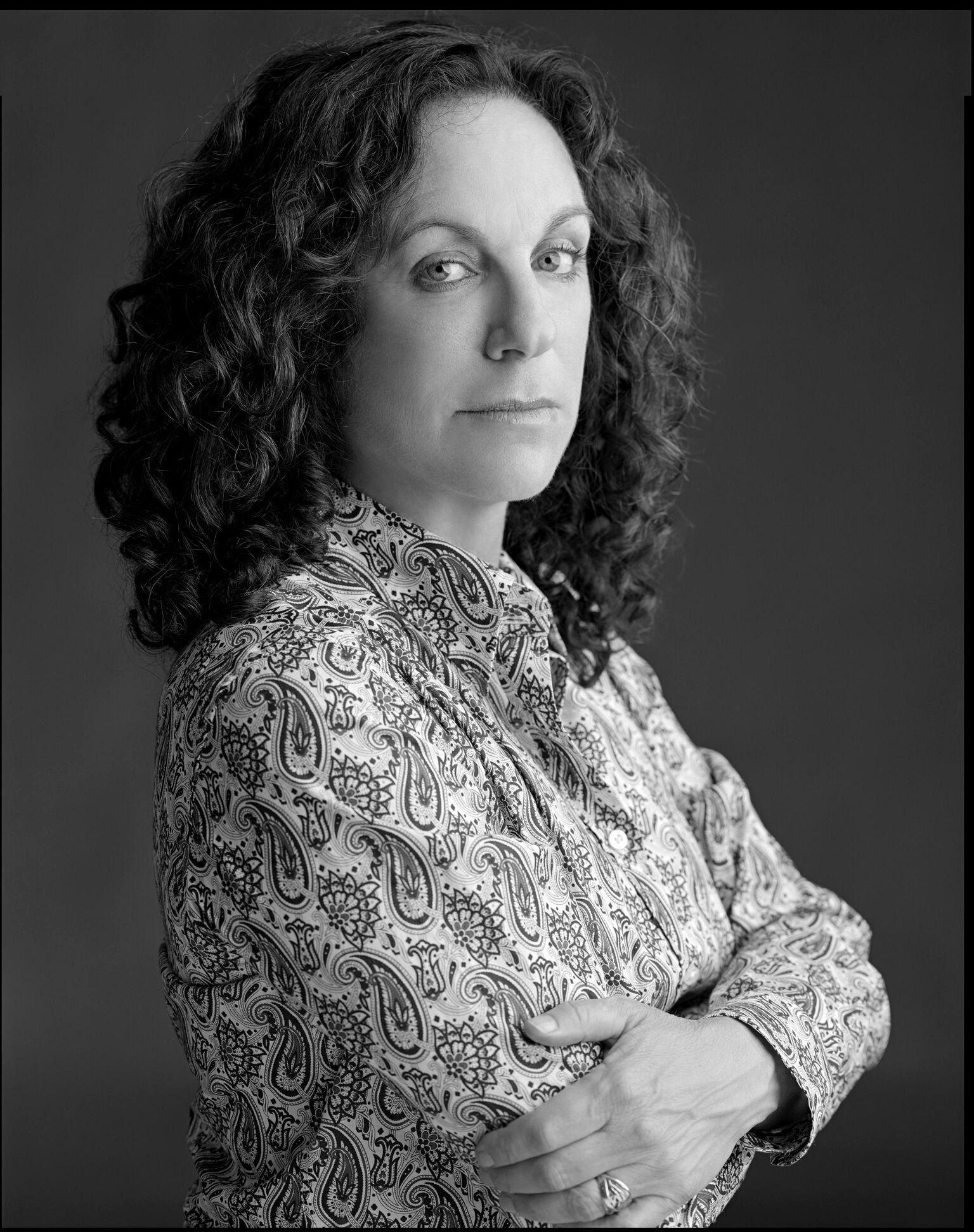 Artist Deborah Kass is a pop-culture mastermind, known for her subversive takes on iconic male artists — including her legendary (8)_,_ in which she painted Barbra Streisand in the style of Andy Warhol’s (9) of Jackie Onassis. That was in 1992, and she’s been a major force in the art world ever since, including a mid-career retrospective at the Warhol Museum in 2012. Kass has long been known for using appropriation and minimalism to make witty feminist statements with her work. (3) with the words “Vote Hillary” scrawled on it as a fund-raiser for the Clinton campaign.)

These days, she’s known for her giant, yellow — and very Instagrammable — _OY/YO_ sculpture on the waterfront in New York’s Brooklyn Bridge Park. About 8 feet tall and 17 feet long, the aluminum sculpture consists of two perfectly proportioned letters, “O” and “Y.” The piece reads as “OY” if you are viewing it from Brooklyn and as “YO” if you are looking across the river from Manhattan. It’s two simple letters, but packed into them is a commentary on linguistics, gentrification, and the power of social media. In a little over six months, it’s become part of the New York skyline.

Other recent work by Kass is more intimate and much darker. _No Kidding,_ a recent exhibition, highlights the fact that young (10) more likely than other Americans to be killed by the police. The work is urgent and filled with despair, although it maintains her signature visual punch.

But _OY/YO_ is optimistic and has been adopted by New Yorkers as a playful, uplifting destination. Every day, people post themselves on Instagram, hands stretched inside the Y or sitting in the O, using the hashtags #DeborahKass and #OYYO. I actually met Kass on Instagram, where she is incredibly approachable. Later, two margaritas in at an art opening, I got the courage to propose a studio visit for Lenny.

Greeting me on a cold Brooklyn morning, Kass couldn’t be warmer. She offers me tea and danishes from her makeshift kitchen and introduces (11), sculptor and painter Patricia Cronin. The large room is unnervingly neat, though there’s plenty of Kass-blue paint marks on the floor. A smaller edition of _OY/YO_ sits on the windowsill, with the orange OY facing us. She tells me to tap “record” immediately and lets iTalk run for over three hours. Because this is Deborah Kass: always on the record.

**Jacoba Urist:** Let’s start with female friendships. Do you have close women friends in the art world?

**Deborah Kass:** When I first moved to New York, it was the height of second-wave feminism. Conscious-raising groups were happening; I was coming out … it was a very female-heavy time. I felt connected to other women, especially women artists. But through the decades, the art world has changed so much. My deep and very long-term female friendships aren’t necessarily art-world ones — they are the ones I’ve had forever. I just saw a friend I’ve known since I was six months old. Her mother was the art teacher in our elementary school. I was always at her house because she had the art supplies.

**JU:** And she’s still one of your dearest friends?

**DK:** Yeah, she just came in from California with one of her daughters. I met them at her mother’s house, two doors from where I grew up. The art world — I’m just not sure it’s a world of friendships. I think if you’re a (4), there’s probably a real bond there, although there are politics there as well. The politics of the industry, of any industry really, affect friendships.

**JU:** I read something about you that made me laugh out loud. You told a (5) that saying you loved Barbra Streisand was a bigger deal than saying you were a lesbian, because she was somehow unhip at the time?

**JU:** So talk to me a little about that. Did you really feel unhip at the time you were making _Jewish Jackie,_ even though it’s packed with so many cultural references?

**DK:** No, of course not. I knew it was totally cool. But I have a troubled relationship to my generation and to my own time. I am just out of sync. I accept this. But I love pop culture and symbology. Think about why Beyoncé is so important now. She is the new symbol. I mean, you’ve seen “Formation,” right? First there was Barbra. Then there was Madonna. Now there is Beyoncé. There are other talents, of course, but not with the symbolic value of these women. And what do they have in common? They control their narrative; they’re in charge.

**JU:** Do you think we’re generally making some progress, including or supporting more artists who don’t fit the white male mold?

**DK:** Because art today is a real billion-, gazillion-dollar business. In the ’70s, it was a very tiny market. The same 50 people went to every single opening. That was the art world. Now, it’s gotten exponentially huge, and it’s a nonregulated market that’s manipulated by white guys. So it represents them, even more than it used to.

**JU:** Let’s talk about the other kind of politics. Back in the early 2000s, you made your ” (6)” series that consisted of paintings of phrases from musicals and movies as a reaction to the Bush administration and the invasion of Iraq. Things seemed bad then, but is this a new low?

**DK:** I do think Donald Trump is a new low. Trump said he could stand in the middle of Fifth Avenue, shoot somebody, and still get votes. He’s right. Donald Trump called Ted Cruz a pussy. He doesn’t stop, and nothing stops him. I think we have an incredibly high-level, qualified candidate on the Democratic side — Hillary Clinton. But we also had an interesting candidate in Bernie Sanders. Bernie’s campaign helped Clinton, because he is pulled her to the left.

The difference between Trump and Hillary is so extreme, I don’t even know where to start. I believe Hillary will make it. I really do think she’s going to be our next president. I don’t know what I’ll do if she’s not. I’m pretty much always going to vote for a Democrat because the other side is so lethal.

The rage of white men is so intense. The racism that’s been unself-consciously exposed and celebrated during the Obama administration makes me fear for the misogyny when Hillary wins. The domestic-violence rates, murdering women. All of these things are going to go through the roof.

**JU:** Are these feelings what fed into the darkness of the _No Kidding_ show?

**DK:** That is the darkest thing I’ve done. They’re bombing Planned Parenthood. They’re killing black citizens. It’s institutionalized. Every time I look around there is a reason to feel black and blue. I almost called the show _Black and Blue._

**JU:** _OY/YO_ is your first piece of public art. I love that it’s democratic, made for everyone, integrates with the cityscape.

**DK:** Well, women are less likely to get a chance to make public art, because of all the decisions about who chooses it and what is considered worthy of the public. And then there is always the issue of what is permanent and what isn’t.

**JU:** But there is a (7) to make _OY/YO_ permanent, so it might stay past this coming August. I signed it. I don’t think that compromises any journalistic objectivity.

**DK:** I hope it does become permanent. To me, it’s the (1) logo meets (2) _ (2)_ meets multiculturalism. Everything I love. When I saw it installed, I flipped out because I knew it was an instant icon.

(12) _is a New York–based journalist who writes regularly about art for the_ Atlantic_._