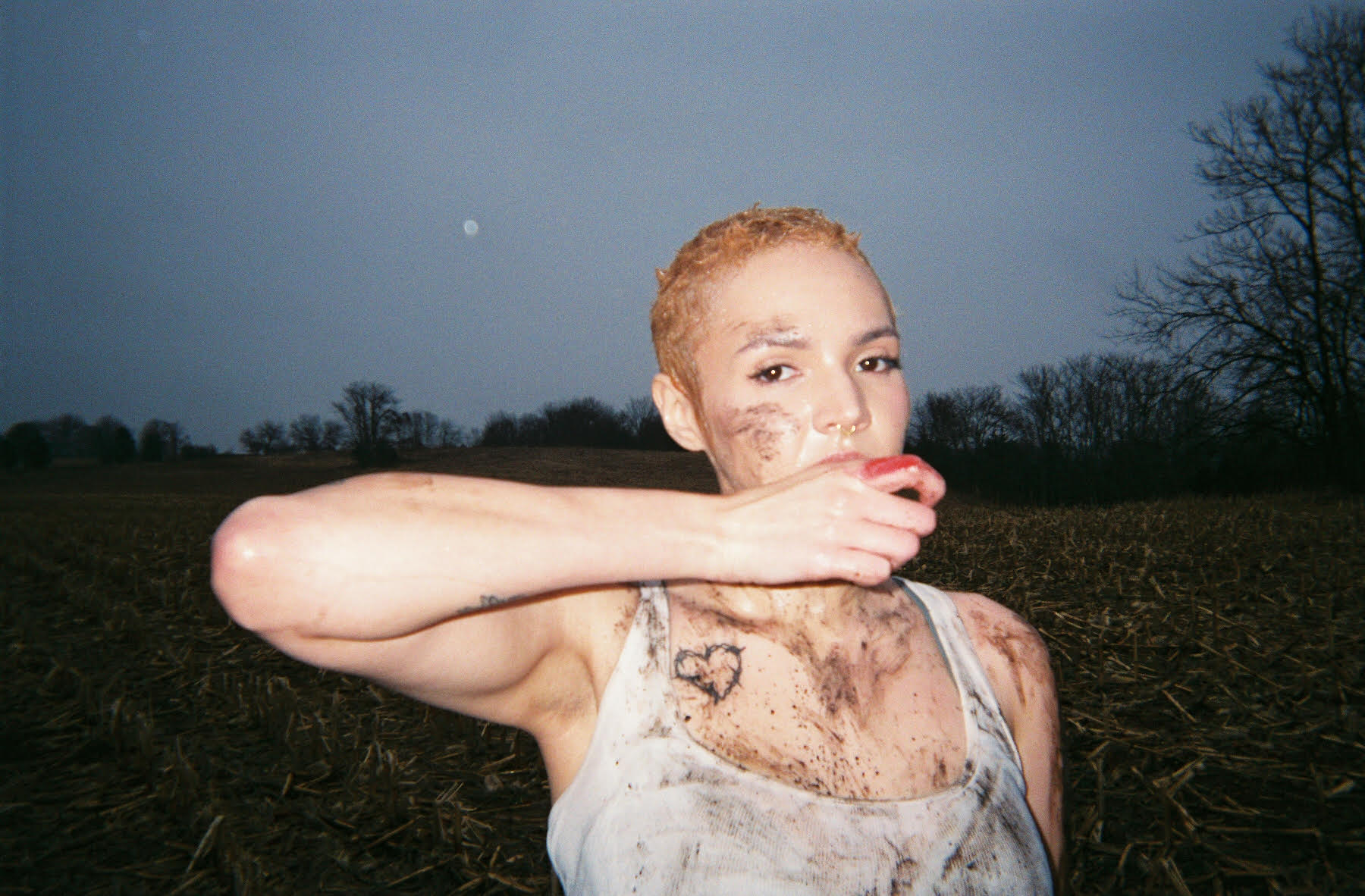 Babeo Baggins no longer exists. When I call to interview them, the nonbinary singer and musician tells me to call them BB instead. It might seem premature for an artist who only recently became famous, rising to prominence as a member of the Tumblr-born rap collective Barf Troop, to change their stage name. But deciding to go by just their initials is a development that coincides with BB’srecent shift from rap to country music, and like so much else in the artist’s life, it isn’t set in stone.

“My name is going to transition to something else \, I don’t want to say too much about it right now,” BB tells me. Though they do say that they will reveal a new stage name, the next evolution of Babeo Baggins, during their upcoming tour.

It’s challenging even figuring out how to refer to BB at this point, mid-rebranding. They haven’t completely eschewed the name Babeo Baggins, as BB’s newest music, the heart-aching country ballads “Transformation” and “Mice or Men,” shows up under it on Spotify and other streaming services. There’s no clear place to draw a line between Babeo and BB. It makes sense that the nonbinary, pansexual, mixed-race singer is comfortable inhabiting the overlap. In a world that’s often hyper-focused on labels, BB embodies nonconformity to any perceived norms.

In 2015, when (1) appeared on the radar, young, social-media-savvy music fans were won over by their confrontational, gender-subverting hip-hop. Barf Troop was rap for the generation that grew up discussing queer theory online; the group’s members, made up of cis women and non-binary artists, began as a group of friends on Tumblr. They made quirky DIY music, winking at the over-the-top caricatures of sexuality and violence that so many male rappers embrace. “Vomit on these hoes, upchuck or get fucked,” Baggins chanted on “Garbage Pail Princess,” their voice sweet as a schoolyard nursery rhyme. Barf Troop generated plenty of buzz and seemed poised for a breakthrough, but today most of the band’s discography has disappeared from the Internet, and you might be hard pressed to name one of its songs.

Meanwhile, BB has had one foot in the world of country music since 2016, when they released an EP, (2), that marked the beginning of their shift in genre. Collaborating with Drake to cover Nico’s “These Days,” Baggins departed from their Barf Troop singsong to show off a vocal talent ranging from whispery, ethereal harmonies to poignant crooning. In December of 2017, their song “Slow Dance,” another tuneful tearjerker, this one a plea for the love of an uninterested woman, appeared in an episode of the cartoon A*dventure Tim*e. This summer, BB has been fully focused on their country music, putting the finishing touches on two new EPs, preparing to debut a music video for “Mice or Men,” and planning a tour.

There’s a lot of sonic distance between the in-your-face bravado of Babeo Baggins (“I got hoes in different area codes / Yeah, these fellas eat my pussy, then they pay my tolls,” they rapped on their 2015 mixtape *Positive*) and the heartfelt melodies of BB (“I seem to love the pain ’cause it’s the only thing that don’t go away,” they murmur on “Transformation”). Without the Barf Troop swagger and silliness, BB’s songs are as intimate as unexpected eye contact.

Although they say their new songs are their favorites, they emphasize that this work comes from the same place their rap songs did. “Barf Troop was a more aggressive energy, and the new stuff is more soft-spoken, but whatever I’m writing is always an expression of me as an artist,” BB says. “I stand for the same things now as I did then: supporting queer people, making space for trans artists. The only thing that’s really changed is the music.”

Growing up in rural Virginia, BB has always been a country music fan, and today they insist they have as much of a right to make country music as anyone else. “I feel attached to these things that are also attached to homophobia and attached to racism, but it’s still my home. don’t have to be left out of the conversation.”

Although heteronormativity is still a constant throughout music and pop culture, BB says there’s an enormous difference between being a nonbinary rapper and a nonbinary country singer. “Being out in the rap community, I didn’t have much trouble,” they say. “There have been other gay and trans rappers, but country has been rigid about gender for a long time. I think I’m the first \, or the first to be really vocal about it.”

Though the biggest adjustment, BB says, hasn’t been from rap to country but from band member to solo artist. “To be honest, sometimes it feels very lonely,” they say. But they also say being a solo artist gives them the freedom to explore topics they might not have been comfortable expressing in collaboration.

BB stands on the threshold of the country world right now, but they don’t intend to stay there forever. “The biggest part of being an artist is transitioning, growing, trying new things, making new sounds,” BB tells me. “Black Sabbath is one of my biggest inspirations, so I’m trying some things that are more heavy. I have some very heavy rock songs that will still have banjo and stuff in them.” They’re also still making music with former Barf Troop collaborator Babe Simpson. “We work on stuff together that’s private and secret,” BB says. “We want to make a surf-rock band.”

With other projects already on the horizon, it seems BB is planning their departure from country before they’ve even fully arrived. Nonetheless, the bridges they’re building between the traditional world of country music and a new generation of social-media-savvy, gender-agnostic young people may remain standing even after BB has moved on.

*Lindsay King-Miller is the author of* Ask a Queer Chick: A Guide to Sex, Love, and Life for Girls who Dig Girls *(Plume, 2016). She lives in Denver with her partner and their daughter. Follow her on Twitter: (3).*