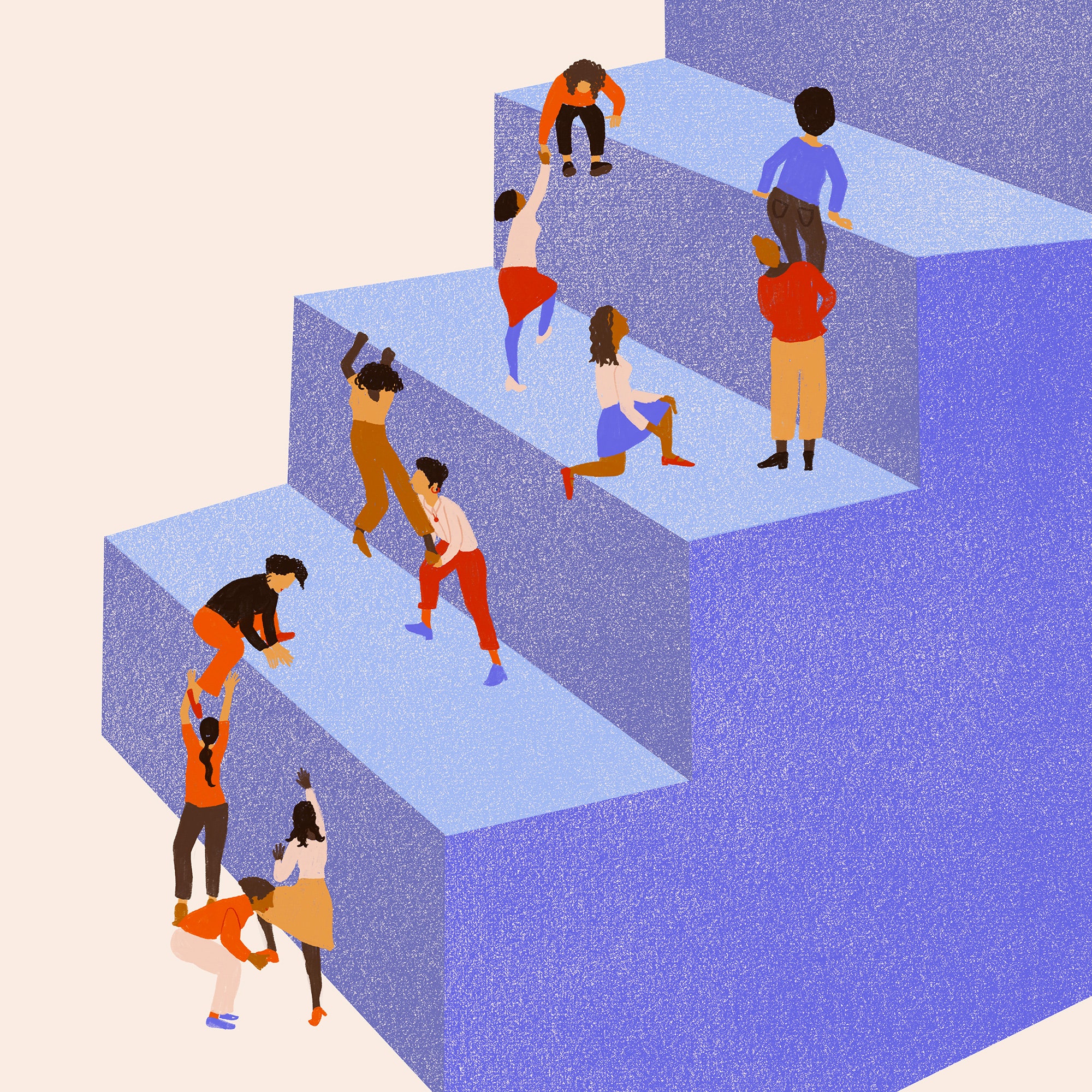 I have always been entrepreneurial. I remember being in the sixth grade and wanting to go to the movies with my friends, but my parents didn’t have the money. “Everybody’s going!” I said in frustration, but our family just couldn’t swing the cost.

I quickly paced around my house and noticed some floral wreaths that someone had made for my mom. “These are nice!” I took them out of the house and went door to door selling them until I’d made enough money to go to the movies. Of course, my mom was not pleased, but I had a great time and had extra to buy popcorn and soda. From that day forward, I never let money — or a lack of it — get in my way.

Fast-forward to the career I had for twelve years, starting fresh out of school: I was a philanthropic adviser, helping high-net-worth individuals give their money to impactful projects at universities and colleges. In this field, I was often the only woman of color in the room. I became numb to not seeing other women who looked like me. I accepted the lack of diversity and thought it must be normal. I felt like Tiffany Haddish; maybe I (1)!

Then, one day, it hit me like a ton of bricks. It was around the time *Lean In* came out. A group of colleagues (white women) formed a Lean In group, and I was never invited to it. At that point, I realized that career development was not created equal. And that “women” didn’t always mean women of color.

It made me tired. I was tired of not seeing women of color in executive roles and tired of white women being the only face of career development. Somehow, we had become invisible, not even hidden figures! At the time, the go-to career platforms were Levo, the Muse, and others, and white women had founded them. They were preaching to “all women,” and as we know, equality in the workplace is not created equal. If I hear one more white woman tell me how to negotiate my salary or play the game, I am going to scream!

> I realized that career development was not created equal. And that “women” didn’t always mean women of color.

Don’t get me wrong, I received a lot of fantastic career advice from these platforms, but women of color face unique challenges. For starters, the wage gap. The often quoted 77 cents on a dollar for women does not include women of color: Black women make 63 cents, and Latinas make 54 cents. Second, we hold fewer board seats and senior management positions than white women do, and it’s just hard to see yourself as a leader when the women representing you don’t share your experiences. I can take the advice of any successful woman, but when I see another black woman or brown woman who has been successful telling me I can do it, it means I can do it too, just like they did. White women will never be called “the angry black woman,” or told their natural hair is not “appropriate” for a conservative workplace, nor will be they be able to address these biases.

We have all heard the quote “Create something you wish existed.” I decided to create a career platform built by women of color for women of color. We need tools that help us prepare for our seat at the table. I was fortunate enough to have a seat, and I wanted to help other women who looked like me through education, community, and access. In my opinion, access is the missing ingredient to greatness, so I created (2).

I started my company as a solopreneur and then several months later, my good friend Lauren joined me, and we set out to be career superheroes for women of color. For almost a year, we prototyped our career product: free pop-up career boot camps. We had Salary Negotiation, How to Leverage Your Network, and Career Transitioning.

In the Summer of 2016, we launched our paid version of our career boot camps in NYC. Over the summer, 400 black and brown women paid to attend a career boot camp, and we recruited dynamic women of color to help us teach because they saw the need for The Memo too.

I have to admit: I wasn’t prepared for the conversations that were to come. I felt confident with what we had built at that point. I knew friends who didn’t have customers yet had still received millions of dollars in funding, so I figured we were in better shape than them. Of course, they weren’t founders of color, but I didn’t think that mattered much.

But I realized it did matter. A lot. As I met with angel investors, time and time again they would say to me, “I don’t understand why you need a platform for women of color.” I even had one man ask me, “What is a woman of color?” I had the stats, we had traction, and we had a customer base that was growing. I hit my breaking point when one investor said they would consider giving us money if we stopped focusing on women of color.

Let me give you some perspective. Ursula Burns was the first African American woman CEO of a Fortune 500 company. She left Xerox in 2016, and now there are none. So tell me again how you don’t see a need for this platform? I went to ten investors, and each said the same thing.

I felt like I had that day in the sixth grade. I wasn’t going to let money stop this show. I felt like Destiny’s Child in those moments: “I’m not gon’ give up, I’m not gon’ stop, I’m gon’ work harder.” We kept building and continued to use our own money and invest in the next generation of Ursula Burnses.

Almost three years in, and we have a community of thousands of women of color across the country who participate in our weekly on- and offline career boot camps. I would be lying if I said all of those no’s didn’t gently crush my spirit from time to time, but as Audre Lorde wrote, “Life is very short and what we have to do must be done in the now.” I didn’t need their validation, because I saw women of color weekly utilizing our resources — so I knew what my why was.

Just recently, we received a seed investment, and it was from someone who believed in what we were building and I didn’t have to convince them; it just reinforced the importance of diversity, inclusion, and access. In the words of Solange, “This sh*t is for us.”

* (3) is the founder and CEO of (3), a career subscription platform for women of color, and the proud mom of a French bulldog named Boston. Follow her on Twitter (4).*