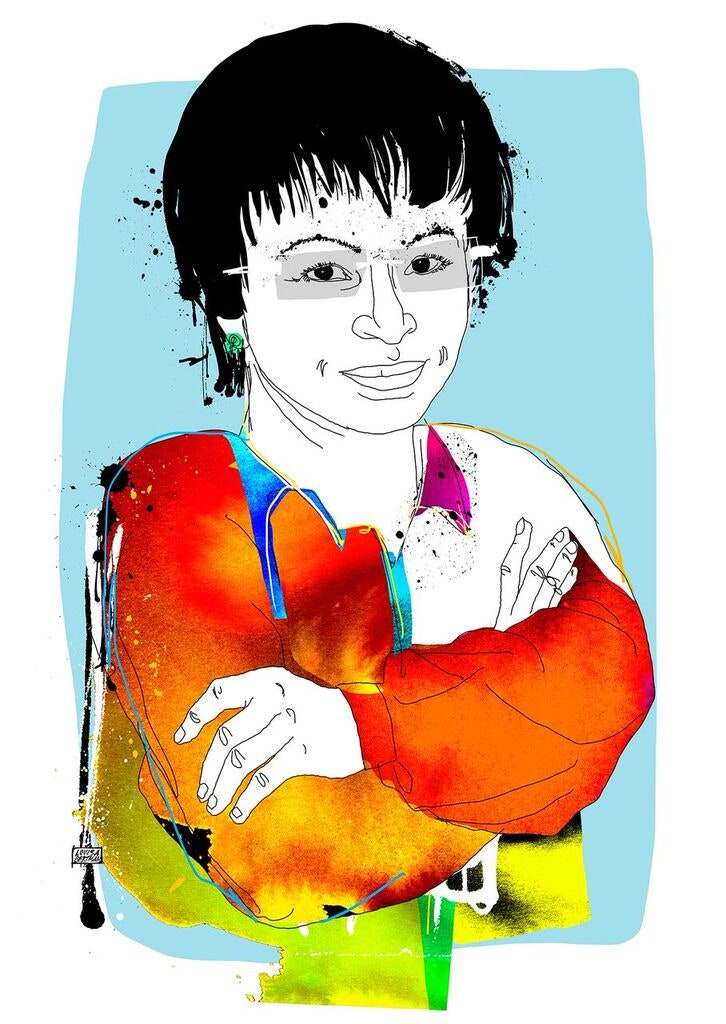 When I was growing up, domestic violence was often considered a private matter, kept in the shadows and behind closed doors. First responders, from law enforcement to health-care providers, were not adequately trained to intervene. Hotlines and shelters did not exist. All too frequently, victims’ complaints were ignored, and if the attackers owned guns, the results could be fatal.

Though we’re talking more openly about abuse today than we did back then, it still happens far too often: studies show that about one in four women has been the victim of domestic violence. And if an abusive husband, boyfriend, or ex has access to a gun at home, a woman is much more likely to be murdered with it than she would be if no gun were present.

During the past seven years, I’ve spoken with people from across the country about ways to confront the issue of gun violence in all its forms. The vast majority of Americans want Congress to pass legislation to help keep people safe. They reject the misguided belief that it’s pointless to try to address the problem — that people seeking to commit a crime with a gun will always find a way to obtain one. We know that’s wrong. We know that simply running background checks has prevented more than two million illegal purchases since the system became operational in 1998.

There’s another reality to gun violence in our country as well. Every year, countless Americans are killed not by strangers who are criminals, but just because a gun is present in an already volatile situation. Simple disagreements may escalate to shootings and death. And hundreds of women in abusive relationships are murdered every year with guns. Women who are victims of intimate-partner violence are more likely to be murdered with a firearm than all other means combined.

We can’t accept this as normal in this country. That’s why (3). Among other issues, Congress needs to act to ensure victims of domestic violence are safe from gun violence. The law prohibits many people who are subject to a restraining order, or have been convicted of a domestic-violence offense, from buying a gun. But there are also gaps in the law — gaps that mean not all of the perpetrators of abuse are prevented from gun purchases.

Of course, stronger laws can save lives — a 2014 study showed that states with universal background checks have (1). Unfortunately, the gun lobby has been so successful at preventing open and informed discussions about gun violence that Congress has made it harder to conduct even basic public-health research on the impact of guns, let alone take further steps to protect victims and survivors of domestic violence.

Thankfully, over the past generation, an important cultural change has happened. Finally, Americans are seeing domestic violence as the public-safety problem that it is and not as a private matter. With that change comes an opportunity to raise our voices to keep guns away from dangerous people and situations.

When I advocate for change, one of the stories I think of the most is of a woman named Johanna, whom I had the fortune to meet four years ago. We brought Johanna to the White House to honor her as a (2) because of the work she’s done to end domestic violence. As Johanna told me, she used to be in a physically and emotionally abusive relationship. Like many victims of abuse, she explained that she often blamed herself, believing if she just “tried harder,” the violence would stop. It took two years for her to realize that wasn’t the case and build the courage to leave the relationship. Yet after she left, her ex found her and raped her at knife-point. And two weeks later — after she reported him — he found her and shot her in the face with a sawed-off shotgun.

Unlike many women in her situation, Johanna miraculously survived. And in the years since, she has used her new beginning to help ensure no woman relives her experience. She educates young women and families about how to spot the early signs of an abusive relationship so it never reaches a tragic end. And she has used her voice to effect legislative change, helping shepherd a bill through the Ohio legislature that better protects teens from abusers, bullies, and stalkers. She has also pushed for the passage of rules in the City of Cleveland that ensure teens are educated in school about dating violence.

Just like Johanna, you too can have an impact. We need to engage your voices to help reframe this debate. Help others understand that we can have responsible gun ownership and save lives. Remind people of the innocent lives that we’ll lose this year not just because people buy guns with the intent to kill someone — but because people we all agree should not have guns have them and use them. Please share the stories of the people in your life who have survived domestic violence, of those whose lives have been lost, and of those whose lives may be lost this year without our action.

Where advocates like you have reminded their communities that this is a domestic-violence issue and not just a gun-safety issue, states have passed their own laws and had success protecting women and families; since just 2013, 20 states have enacted new domestic-violence-related gun laws. In Wisconsin, for example, members of both parties overwhelmingly came together to pass and enact the SAFE Act, which created statewide procedures to take guns out of the hands of convicted domestic abusers who are already prohibited from buying them.

The voices of women have become louder with each generation — bolstered at each step by men who have understood that domestic violence is a human-rights issue that affects us all. As the next generation of Americans speak up, there’s no limit to what we can accomplish. And just as the voices of domestic-violence survivors like Johanna brought the issue out of the shadows and into our collective consciousness, our voices can make America’s violent status quo unacceptable as well.

*Valerie Jarrett is a Senior Advisor to President Barack Obama and the Chair of the White House Council on Women and Girls.*