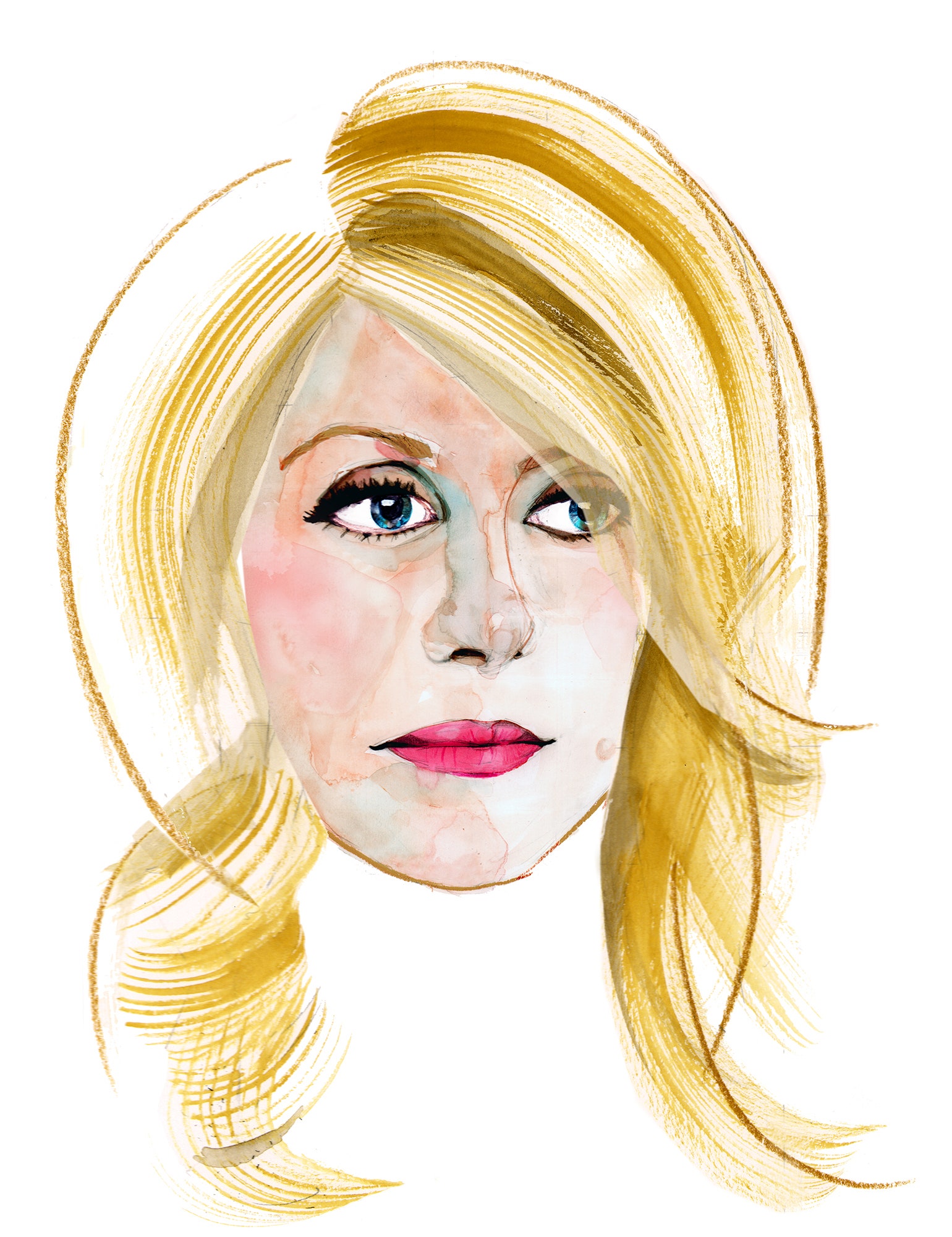 On the morning of November 5, 2014 — the morning after the biggest and most public “fail” I have ever had — I pulled myself out of my hotel-suite bed and prepared to go to my Texas-gubernatorial-campaign headquarters for the last time. Fifty or so of the most vital members of my team, people who had worked tirelessly for the past year, would be gathered there. *What will I say to them?* I wondered. We had come together believing with our whole hearts in what we were working to achieve: restoring the voices of real people to the Texas capitol. And each of us was suffering from the deep disappointment of the previous day’s loss

​I had been in this hotel suite before. It was in 2008, the night I won my long-shot race to be elected as a Texas state senator in what had been considered a safe Republican seat. (2), at the former Hotel Texas, was the one in which President John F. Kennedy Jr. spent his final night before heading to Dallas on that (3). Spending the night there was meaningful to me, because it was both a piece of American history and the site of my greatest political triumph. ​

​How different the morning following my victorious senate election had been! In 2008, I woke up filled with happy adrenaline. In 2014, I suffered the dull thud of a headache and the beginnings of a heartache that was just starting to sink in. Picking through the mostly uneaten food still spread out on the dining table, I found an empty wine glass, filled it with warm Champagne, and took a shot for courage. I pulled on a pair of jeans and headed to the lobby for the drive over to my campaign headquarters on Fort Worth’s south side.​

​The mood was somber when I walked into the large, dark, windowless, wood-paneled conference room. Not yet really knowing what I was going to say, I opened my mouth, and something from the most honest part of me tumbled out: “I fucking hate to lose.”I had been raised that way. Not to swear, but to be driven to compete. My father had a love for games of every sort. And unlike most parents, who let their kids off easy, my dad played to win. In doing so, he pushed us to do our best. I’ll never forget his glee when he’d thwack my croquet ball off course along with his own on his way to a win, nor the proud look on his face the first time that I beat him in a chess match. In each competition, my dad sought to teach us the value of being gracious in both victory and defeat. But, man oh man, was winning better.​

​I credit the competitive spirit that I learned from my dad as my driving force. It’s what helped me scramble out of poverty as a young single mom and put myself on a better course. From the trailer where I once lived with my young daughter, Amber, to community college, and, ultimately, to Harvard Law School, the fight he instilled in me got me through some tough times. That desire to always do more, to be my best self at whatever challenge came my way — I wouldn’t be who I am without it.

That journey has taught me that, while it’s easy to see the value of success in winning something that you’ve tried for, tremendous benefits also come from the work involved in losing. Because there is value in fighting for something important to you, even when the outcome is not what you hoped it would be.​

​Have you ever seen that quote from the American pastor Robert Schuller, “What is the one thing you would attempt if you knew you could not fail?” His words, of course, were intended to inspire us to tap into our dreams for ourselves.

But I would ask a slightly different question: What are you willing to fight for, even if the odds are stacked against you, even if you’ll most likely lose? In answering that, you’ll find what’s really important to you. You’ll define not just your dreams, but the essence of who you are.​

> In my 52 years, I’ve found that the things worth fighting for are always the hardest. And there is so much to be gained in fighting the fight, even when we fail.

​In my 52 years, I’ve found that the things worth fighting for are always the hardest. And there is so much to be gained in fighting the fight, even when we fail. I suppose that is why I stubbornly resist the temptation to leave my home state of Texas, where movement toward progressive values can often feel like an unattainable goal. Even when, (4) to stop a sweeping anti-abortion bill from passing, the governor called another session and passed it anyway. Even when the equal-pay law that I had successfully fought to pass was vetoed. Even when I failed in my fight to better fund our public schools. There is meaning in each of those fights, in speaking truth to power and giving voice to unpopular causes.

And so, even as I found myself reeling from my gubernatorial-campaign loss, I was still able to reflect on the treasured gifts that I had taken away from the race. Young people from around the country came to work on the campaign; so many of them told me that I’d helped them to connect with their passion for justice and their desire to lift up the powerless, the unheard. People of all ages from very humble backgrounds volunteered at nights and on weekends, even though they were working full time, because they believed so strongly in reshaping our state into one that provided a voice and opportunity for all. ​

​More than 34,000 people volunteered their energy to making a difference. And a record number of people — more than 180,000 — contributed financially to the campaign, most of them in very low dollar amounts. It’s the kind of donation that represents true sacrifice in a family budget already stretched too thin. We were a team, collectively fighting to create the better world that we wanted to see.

A year later, I can clearly see the mark we made. We helped to create a whole new generation of activists in our state, so many of whom have kept right on swinging and fighting the progressive fight. They fucking hate to lose, too. There is so much power in that. And I look at their efforts with tremendous pride.​

​So, on days like November 3, when (5), when the seduction of giving up begins to creep in, I think of all the people across the country who are out there giving it all they’ve got in the face of long odds. I marvel at the young people like Patrisse Cullors, Opal Tometi, and Alicia Garza behind (6), at young women like (7), hefting her dorm-room mattress with her everywhere she went for over a year, sending a powerful message against campus sexual assault. Closer to home, I marvel at (8), from the Rio Grande Valley, who staged a three-week protest in front of the governor’s mansion because of cuts in cancer-screening funds to Planned Parenthood. I look with awe at the students at Mizzou who (1) and drove concrete change.​

> So, my advice to you: if you fail, fail big! Fail with flair! Fail trying to do something real, something hard.

​Such was my mind-set as I spoke to my campaign team that day after we lost. After lamenting how much I hate losing, I reminded them of all the lives they had touched, all the people they inspired. I reminded them of Teddy Roosevelt’s rousing words: “It is hard to fail, but it is worse never to have tried to succeed.” I asked my team to take pride in the fact that we dared to do something great, something hard. I asked them to own their courage and told them that the only way we will have failed is if we give up and stop trying. And I asked them to keep up the fight, for themselves, for people they had met along the way, and for people they will never know.

Don’t get me wrong. I still think that losing sucks. And it’s OK to hate losing. That hatred provides us with the drive to face great challenges. But the losses I’ve endured have taught me that I am more powerful than the limitations of failed efforts. So, my advice to you: if you fail, fail big! Fail with flair! Fail trying to do something real, something hard. And when you do, own the journey with pride. Look at each battle scar you’ve earned as a tiny crack that will heal and make you stronger than you were before. And, as we’d say in Texas, get back up on that horse and ride to see another day.

*​​Wendy Davis is a former Democratic state senator from Texas known for her 13-hour filibuster to stop a sweeping anti-abortion bill’s passage. In 2014, she lost her bid to become Texas’s first Democratic governor since Ann Richards left office in 1995. But she’s still swinging …* ​