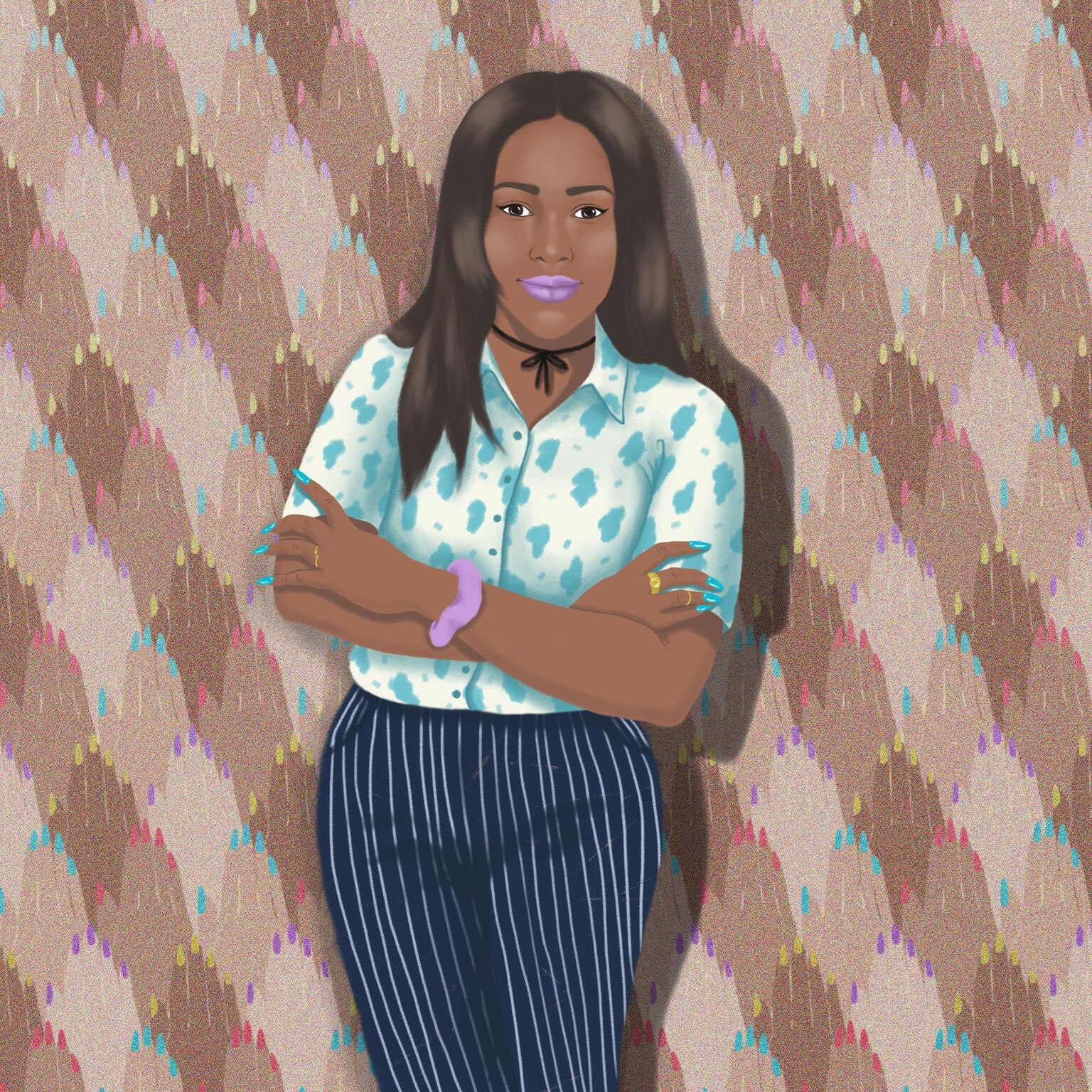 In person, Sharmadean Reid has the kind of negotiating skills that make me feel as though I ought to be taking notes. Born and raised in Wolverhampton, a gray industrial city in England’s Midlands, the Jamaican-British founder of (1) kick-started the nail-art craze, opening the cult East London salon in 2009. After graduating from Central Saint Martins (London’s most prestigious art school), Reid worked as a stylist and creative consultant before starting her own business — and expanding it into a venture so successful that she was awarded with an MBE (an Order of the British Empire, courtesy of the Queen herself) in 2015.

WAH — an acronym that stands for “We Ain’t Hoes” — began as a fanzine about “what it feels like to be a girl.” A DIY-style printed publication with a focus on hip-hop-influenced clothes and celebrities, the zine mixed high fashion with cut-and-paste culture. It developed Reid’s personal brand into an aesthetic that she would later crystallize with WAH’s tagline: “For downtown girls worldwide.” Some four years later, Reid created a physical space for the London contingent of her downtown girls by way of a Dalston salon.

WAH’s popularity spiraled; Reid and company soon found themselves at London Fashion Week, throwing parties for clients like Nike and Opening Ceremony Tokyo, and launching a pop-up salon in the luxury department store Selfridges. Later, Reid opened a concession in Topshop’s flagship store and developed an exclusive line of products for British pharmacy chain Boots, all the while raising her young son, Roman. With her recent Princess Diana–themed capsule collection for ASOS and a new salon opening in Central London, she’s not slowing down anytime soon, either. I talked to Reid over lunch at her favorite jerk spot in Soho (jerk chicken and salad for her, goat roti for me) about feeling like a weirdo, making beauty accessible, and building her business from the ground up.

**Simran Hans:** Let’s talk a little bit about WAH Soho. You said you envisioned WAH as the kind of place for people to come and hang out and be part of a community of girls. It makes perfect sense that you would eventually open up a salon in Central London, but why are you doing it now?

**Sharmadean Reid:** For me, our position is really important, to be next to our friends at (2), at (3), to build up a little new wave of what Soho means and is. But in the last few years I worked on a product range with Boots, and that took up a lot of my time, because I didn’t raise any investment to grow my team.

There was no vernacular of start-up economy when I started WAH like there is now. I just started a business as a side project for fun — I had no funding, no plan, and didn’t think about how I was going to grow it into a successful, scalable business.

It doesn’t happen overnight. The bigger the decisions get, the longer it takes to do them. To open this salon, I have had to take an investment for the first time ever in seven years, but I’d spent a lot of time from October to now meeting loads of different wanky investors … Well, some of them are nice!

I didn’t feel comfortable with any of the people that I met. No one jumped out where I was like, “I want to give you a piece of a brand I’ve spent the last six years building.”

Finally, I did find a location, and I didn’t have any funding in place for this location, but the location was just too perfect to not do. I just contacted the landlord and signed a lease without any money in place …

**SH:** Those are some serious powers of persuasion.

Everything I have been doing has been for a purpose. It’s just taken me longer than someone who, say, has written their business plan, done all their research, raised $10 million, and launched a product line.

**SH:** A lot of people are quite guarded about the mistakes they’ve made, but you posted (4). I thought it was such a generous thing to do; what compelled you to share that stuff?

**SR:** I don’t really care of anyone’s opinion of me. There’s nothing to hide. I don’t want anyone to make the same mistakes that I’m making or made. I’m doing a girl business event (5)] in October with that exact theme. They don’t have _time_ to make the mistakes I made, because the industry’s so crowded. I wrote the article because everyone thinks it’s really cool to be in Topshop, or to be in Selfridges, or to get on ASOS, but it’s not always the answer.

Everyone works to get into retailers, but this is the first time in the history of time that you can build a direct relationship with your customers. You don’t have to get in retailers — it’s actually a pain in the arse. I don’t want girls to think that’s the prize.

**SH:** Did that experience make you wary of working with other brands?

**SR:** No, not wary — like I said in the article, understand what it is you think you’re getting out of the partnership.

**SR:** Before our business was well-known, there weren’t any nail technicians doing the designs that we do. We changed the culture of nails. We had to train them. Everyone sees what we’re doing on the Internet and they do it at home, so now we can find girls who pretty much can do nail art. They all get better and better the more they do it — and as soon as they start working in the salon.

**SH:** I think YouTube is massive in making beauty accessible for just your girl at home. Those girls know so much.

**SR:** I know, man, even I look at it! I literally watch eye-shadow tutorials on the Internet all the time.

**SH:** How did the ASOS collaboration come about?

**SR:** They’ve asked me a few times to do a collaboration. “I want to do a collection based on Princess Diana,” and they were like, “Cool!”

I’d just moved to West London, and you really see and feel Princess Diana everywhere. She was such a West London resident. She would go jogging, she’d drop her kids off at school … My style started to change and become far more mum, West London mum–like. It’s about twenty pieces, including shoes, jackets, dresses, jewelry.

Everyone ’round the world has access to ASOS. For me it’s about doing things in a high style but making them accessible. That’s why I with Boots as well. It’s not about making things that no one can buy; it’s about any girl, anywhere in the world can be able to buy into what we’re doing.

**SH:** I think that’s a very refreshing approach, because there’s so much bullshit about exclusivity. I think something can be aspirational and accessible.

**SR:** Not many girls are going to be into the WAH vibe, but if you are and you’re in a random city in the middle of Singapore, you should still be able to feel part of the culture. is not like a mainstream girl. That alternative girl should feel like she can be a weirdo anywhere.

**SH:** Is that how you felt when you were younger? Alternative or, in your own word, a weirdo?

**SR:** Yeah, of course I knew I was different. I just thought differently and acted differently to everyone else around me.

I’d buy the _Sunday_ _Times_ newspaper when I was about eleven, and my mum called me a snob just because I wanted to read the news that wasn’t a tabloid.

I always listened to different music and cared about art. It wasn’t an epiphany or anything; I just knew that I had different taste to everybody else.

**SH:** Not many people are able to make a business out of their tastes, though.

**SR:** That’s where I feel I’m really lucky to do that. It doesn’t feel like a job if you make a business out of your own taste, it just feels pleasurable. Even now, when I’m making decisions in the salon, I’m like, _How cool is it that I’m sitting here making these design decisions, and it’s just whatever my taste is?_ _Easy._

_Simran Hans is a freelance writer and Kanye apologist living in London._